'I Was Appalled': Black Customers Say Host Told Them to Move 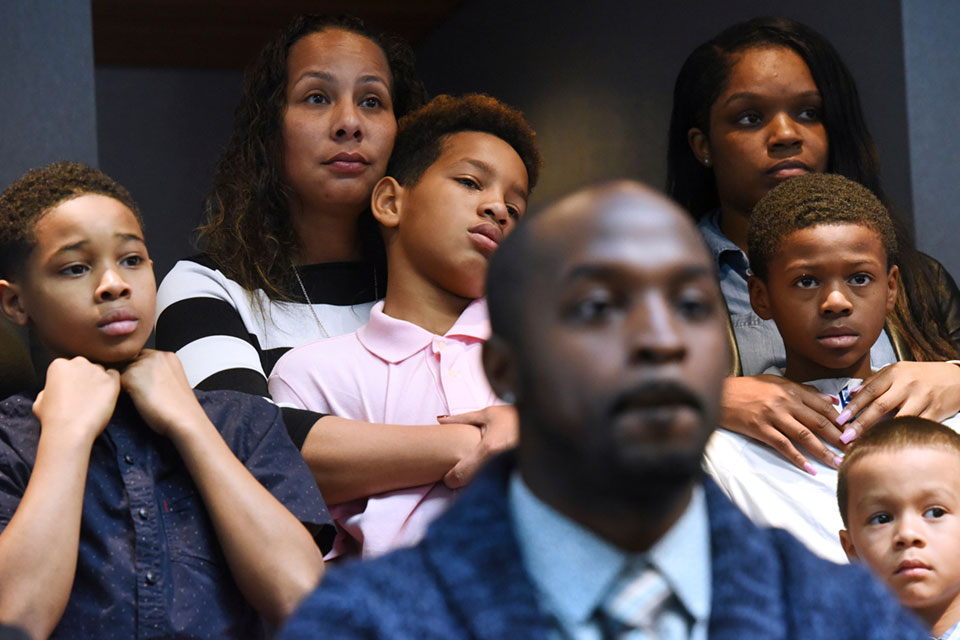 AURORA, Ill. (AP) — An attorney representing a group of Black customers who say they were asked to change tables at a Chicago-area Buffalo Wild Wings because of their skin color urged the restaurant chain Tuesday to make wholesale changes to avoid a discrimination lawsuit.

Some children who attended the birthday party Oct. 26 in Naperville broke into tears during a news conference. Two of the adult attendees of the party described what happened, and attorney Cannon Lambert laid out a list of hiring and training demands for the company.

Justin Vahl, one of the adults at the child's party, recalled walking into the restaurant with a group of nearly 20 people — some as young as 5 years old — and the host promptly asking what race he was. When Vahl inquired as to why that mattered, he said the host responded, "We have a regular customer here who doesn't want to sit around Black people."

"I was appalled," Vahl said.

Vahl and Marcus Riley, another adult who attended the party, said the group sat down anyway near the customer who levied the complaint. One manager walked over to apologize to the group, but another later said the party had to move to another table because that one was reserved.

Riley said he called his mother that day while leaving the restaurant and began to cry when telling her about the incident. Both he and Vahl said they struggled to explain to the children what had happened.

"Now I got to explain (to the children) what being a Black man is," Riley said.

As they left, Vahl and Riley said they saw other embarrassed employees, one of whom was crying and another who handed them a phone number to call and report what happened.

The franchise announced after last month's incident that the two employees in question had been fired and others will undergo sensitivity training. It said the customer whose complaint started the controversy would be banned for life at the chain's more than 1,200 restaurants.

Lambert questioned how the company would enforce that. He also demanded that it thoroughly question prospective employees to make sure they know how to properly deal with "racially charged situations" before they're hired and establish a hotline for any employee who witnesses such an incident in the future. He said the company's ongoing sensitivity training should include some of the customers who faced the discrimination in Naperville.

"They can show other corporate participants what it is to stand up to racism," Lambert said.

"There is no need to file a lawsuit if there is no disagreement" by the company.

Naperville, a community of about 150,000 people, is approximately 70% white and 18% Asian, with Black and Hispanics each making up about 5% of the population.

The incident comes just a few months after a clerk at a Naperville gas station was fired when he was captured on video telling Hispanic customers that they "need to go back to their country."

Andre Howell, vice president of operations of the Multicultural Foodservice & Hospitality Alliance, a national group affiliated with the National Restaurant Association, said the number of reports of similar incidents have climbed significantly in recent years.

"Customers are feeling emboldened to share what otherwise have been masked or not talked about," he said.