Fort Worth Chief: 'Absolutely No Excuse' for Woman's Killing 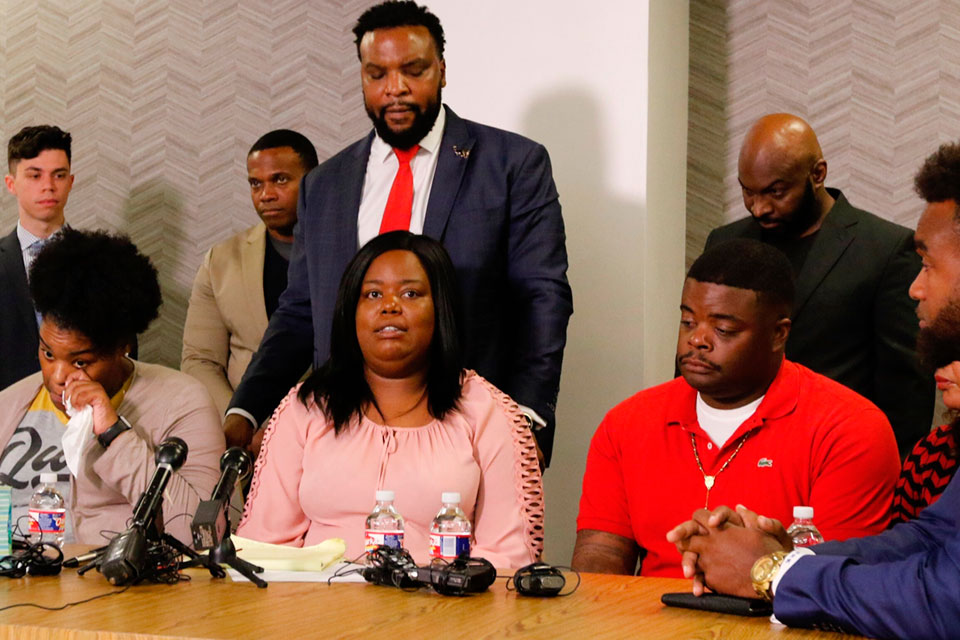 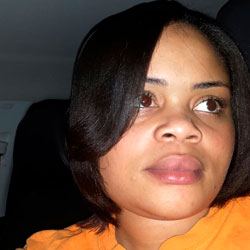 This undated photo provided by Jefferson's family shows Atatiana Jefferson. A white Fort Worth police officer who shot and killed Jefferson through a back window of her home while responding to a call about an open front door acted without justification and resigned Monday, Oct. 14, 2019, before he could be fired, the police chief said. (Jefferson's family via AP)FORT WORTH, Texas (AP) — Fort Worth's police chief reiterated Tuesday that a White officer's killing of a Black woman in her home was inexcusable, as an arrest warrant was released quoting the victim's 8-year-old nephew as saying she pointed a gun at a bedroom window after hearing suspicious noises outside.

Interim Chief Ed Kraus said 28-year-old Atatiana Jefferson behaved as any Texas homeowner would have if he or she had heard a prowler. Also, the arrest warrant gave no indication that Officer Aaron Dean would have even been able to see the weapon through the glass.

Kraus declared there was "absolutely no excuse" for the shooting, which happened while Jefferson was staying up late playing video games with her nephew.

The new details were released a day after Dean resigned and was arrested on murder charges for firing a single bullet through the window early Saturday while investigating a neighbor's report about the front door being left open at Jefferson's home.

Police bodycam video showed Dean making his way around the side of the house into the backyard in the darkness and opening fire a split second after shouting at Jefferson to show her hands. He did not identify himself as a police officer.

In the arrest warrant, Jefferson's nephew said his aunt had pulled a gun from her purse and pointed it at a bedroom window.

"The gun was found just inside the room, but it makes sense that she would have a gun if she felt that she was being threatened or if there was someone in the backyard," the chief said.

The killing shocked people across the U.S. and led many Black people to wonder whether they are no longer safe from police in their homes. Jefferson's family and others also criticized police for bringing up the gun, accusing the department of trying to deflect blame onto an innocent victim.

Jefferson family attorney Lee Merritt noted that the window was covered by blinds, it was dark outside, and Dean never said "gun" before firing.

"Why do people keep weapons in their homes? Well, maybe, when there's someone prowling around in the back at 2 a.m. in the morning, you may need to arm yourself," he said.

"It is only appropriate that Miss Jefferson would have a weapon in that situation.

"Nevertheless, the Fort Worth Police Department is going about the task of providing a defense for this officer."

Dean resigned without talking to internal affairs investigators, and what he saw and why he opened fire remained unclear. It was not immediately known if he had an attorney.

Dean, 34, was released from jail on $200,000 bail less than four hours after his arrest. He resigned Monday before his arrest; the chief said he would have been fired if he hadn't quit. Police also referred to the case to the FBI for possible federal civil rights charges.

Apparently close to tears, Kraus pleaded with the city of nearly 900,000 not to allow the killing to reflect badly on the entire department.

"I don't have any officers saying this action should not have been taken against this individual, this officer.

"I'm getting the complete opposite response," Kraus said.

He added: "The officers are hurting."

"They try hard every day to try to make this city better," he said. "I likened it to a bunch of ants building an ant hill and then somebody comes with a hose and washes it away. And they just have to start from scratch."

Merritt said Fort Worth needs to change its "brutal culture of policing," and Mayor Betsy Price has called for a top-to-bottom review of the department.

Of the nine officer-involved shootings so far this year in Fort Worth, five targeted African Americans and six resulted in death, according to department data.

In nearby Dallas, White police officer Amber Guyger shot and killed her Black neighbor Botham Jean inside his own apartment last year after Guyger said she mistook his place for her own. Guyger was sentenced this month to 10 years in prison.