Some States Honoring Indigenous People Instead of Columbus 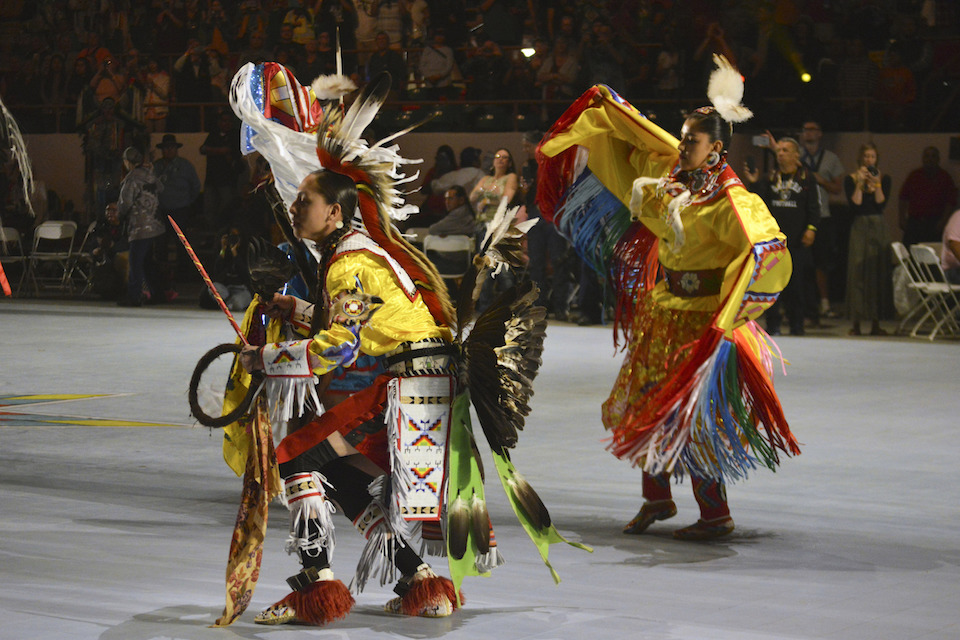 Albuquerque, N.M. (AP) — A handful of states are celebrating their first Indigenous Peoples Day on Monday as part of a trend to move away from a day honoring Christopher Columbus.

New Mexico, Vermont and Maine are among the latest to pass measures doing away with Columbus Day celebrations in deference to Native Americans. The federal Columbus Day holiday remains in place.

Since 1992, Native American advocates have pressed states to change Columbus Day to Indigenous Peoples Day over concerns that Columbus helped launched centuries of genocide against indigenous populations in the Americas.

New Mexico is marking its statewide Indigenous Peoples Day with an invocation by several tribal leaders in unison in their native languages. There also will be a parade and traditional dances at the Indian Pueblo Cultural Center in Albuquerque.

"I think it's great and it's about time," said All Pueblo Council of Governors Chairman E. Paul Torres, a member of Isleta Pueblo in New Mexico.

She said at the time she hoped the change would represent a move "toward healing, toward inclusiveness." Tribes in Maine have had a rocky relationship with the state government over the years, and the Penobscot and Passamaquoddy tribes withdrew representatives to the Legislature in 2015, when Republican Gov. Paul LePage was in office.

The change to Indigenous Peoples Day prompted some backlash in conservative circles and among Italian Americans. University of Maine College Republicans, for example, have described the move as part of a "radical left-wing agenda."

Associated Press reporter Patrick Whittle in Portland, Maine, contributed to this report. Russell Contreras is a member of The Associated Press' race and ethnicity team. Follow him on Twitter at: http://twitter.com/russcontreras