America's Last Slave Ship Could Offer a Case for Reparations 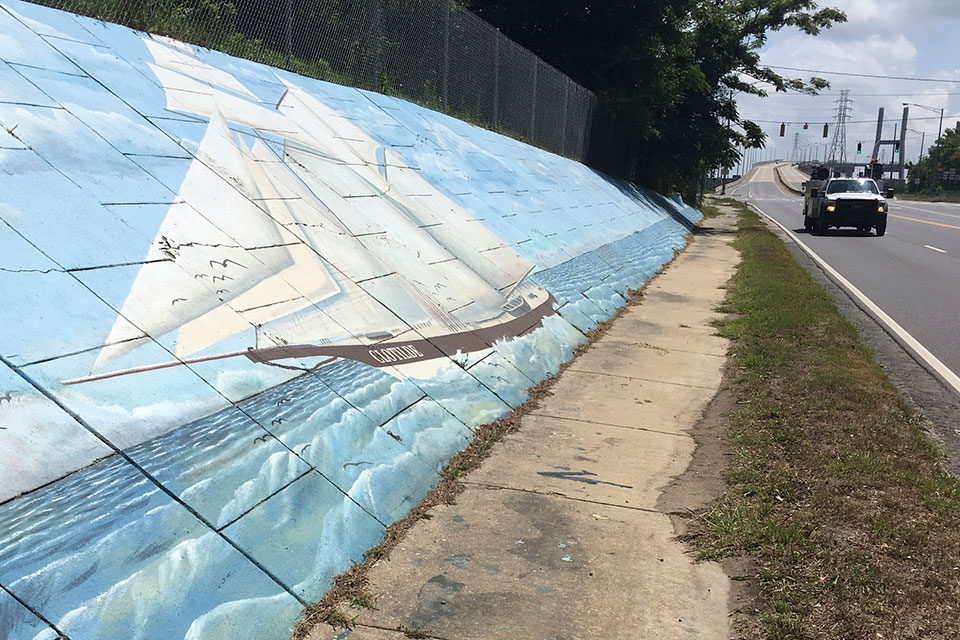 MOBILE, Ala. (AP) — Alabama steamship owner Timothy Meaher financed the last slave vessel that brought African captives to the United States, and he came out of the Civil War a wealthy man.

His descendants, with land worth millions, are still part of Mobile society's upper crust.

The people whom Meaher enslaved, however, emerged from the war with freedom but little else. Census forms that documented Meaher's postwar riches list them as laborers, housewives and farmers with nothing of value. Many of their descendants today hold working-class jobs. 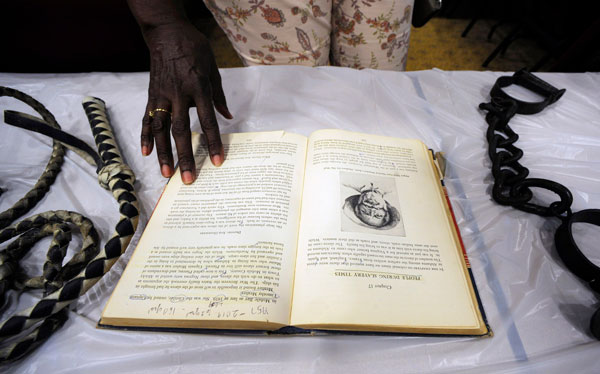 Barbara Martin looks at a display about slavery in Mobile, Ala., on Monday, Aug. 26, 2019. The discovery of the the remains of the slave ship Clotilda near Mobile has prompted discussions about reparations for descendants of the Africans who were illegally brought to the United States aboard the schooner in 1860. (AP Photo/Jay Reeves) Now, the history of Meaher and the slave ship Clotilda may offer one of the more clear-cut cases for slavery reparations, with identifiable perpetrators and victims.

While no formal push for reparations has begun, the subject has been bubbling up quietly among community members since earlier this year, when experts said they found the wreckage of the Clotilda in muddy waters near Mobile. Some say too many years have passed for reparations; others say the discovery of the ship makes the timing perfect.

Many Clotilda descendants say reconciliation with the Meahers would suffice, perhaps a chance to discuss an intertwined history. Others hope the family helps with ambitious plans to transform a downtrodden community into a tourist attraction. Some want cash; some want nothing.

Reparations debates usually involve redress for the multitude of descendants from about 4 million Black people who were enslaved in the United States. But with Congress considering whether to create a reparations study commission, what might a single instance of reparations look like in the city where this nation's Atlantic slave trade finally ended?

Pat Frazier, a descendant of Meaher slave James Dennison, isn't sure. But she's unhappy about the lack of justice and what many consider the deafening silence of the Meaher family.

"I've never known them to just own up to what happened," said Frazier, 68.

Slave Ship Owner and His Descendants

In Mobile, like many Southern communities, descendants of slave owners and enslaved people are often neighbors, though in vastly different circumstances.

Originally from Maine, Meaher moved South and got rich off steamboats and a sawmill. He purchased the schooner Clotilda for a reported $35,000 and financed a slave expedition to West Africa the year before the war began.

The international slave trade was already outlawed, but Meaher wagered he could import slaves in defiance of the ban. Arrested after the ship carrying about 110 captives arrived and was scuttled in Mobile in 1860, he was cleared of charges by a judge, according to "Dreams of Africa in Alabama," a book by Sylviane A. Diouf.

Historical accounts say Meaher refused to provide land after the war to the freed Africans, who then scraped together money to purchase property. They founded a community called "Africatown USA," where some of the west-African ways of the once-enslaved people were preserved. Its remnants still exist.

Meaher listed assets including $20,000 in land and personal property in the 1870 Census. A newspaper article said his son Augustine was a multi-millionaire in 1905.

One of Timothy Meaher's distant granddaughters was feted as the White queen of the city's racially segregated Mardi Gras in 2007. The Black queen that year was a descendant of one of the Clotilda Africans.

The Mobile area features Meaher State Park and Meaher Avenue near Africatown, and the Meaher family has signs throughout the area offering land for lease. A red concrete marker bearing the family's name stands in the Tensaw Delta near the spot where the Clotilda's remains were found last year.

There's no consensus on what reparations might include for Clotilda descendants.

Joycelyn Davis, who helped organize the Clotilda Descendants Association, said conversation would be a good start. "If we could just sit down at the table and just talk that would be a powerful thing," she said.

Bill Green, a descendant of Clotilda captive Ossa Keeby, said people are due more than talk. He called reparations an "excellent idea." If not personal payments to Clotilda descendants, they could include contributions to some group to help descendants, perhaps to revitalize Africatown parks, a memorial, a Clotilda replica, housing and businesses.

"I think it would be equitable for them to make some payment to the descendants of the Clotilda cargo. What is right? I think we're in a prime position to have our court system decide something," said Green, of Texas.

Diouf, who has closely studied the Clotilda and Africatown, said the Meaher clan inherited generational wealth while Timothy Meaher's captives scraped by.

"There was nothing and there is still nothing," she said.

The Meahers aren't saying what if anything they want to do, and have made no public comment about the Clotilda discovery.

"The Meahers aren't going to surface, particularly now that the Clotilda has been found," said Eric Finley, who operates an African American heritage tour in Mobile.

An attorney representing the family of Augustine Meaher III, a distant grandson of Timothy Meaher, declined to comment to The Associated Press. Other family members or their lawyers didn't return messages.

There are indications the Meaher family may have known the location of the Clotilda before researchers found it. An investigative report released by the Alabama Historical Commission quoted historian John Sledge as saying one of the Meahers told him family members twice dynamited the wreck in the 1950s to retrieve valuable copper off the hull.

In an interview, Sledge declined to say where he heard the story. "But I really wonder how much anyone knew," he said.

That's the big question to Ted Keeby, another descendant of Clotilda captive Ossa Keeby: Who knew what? He wants to know more about the Meahers and the lives of the people Timothy Meaher enslaved.

"I have no feelings about what happened. It's a part of history. But I would love to meet them. They are part of our history," he said.