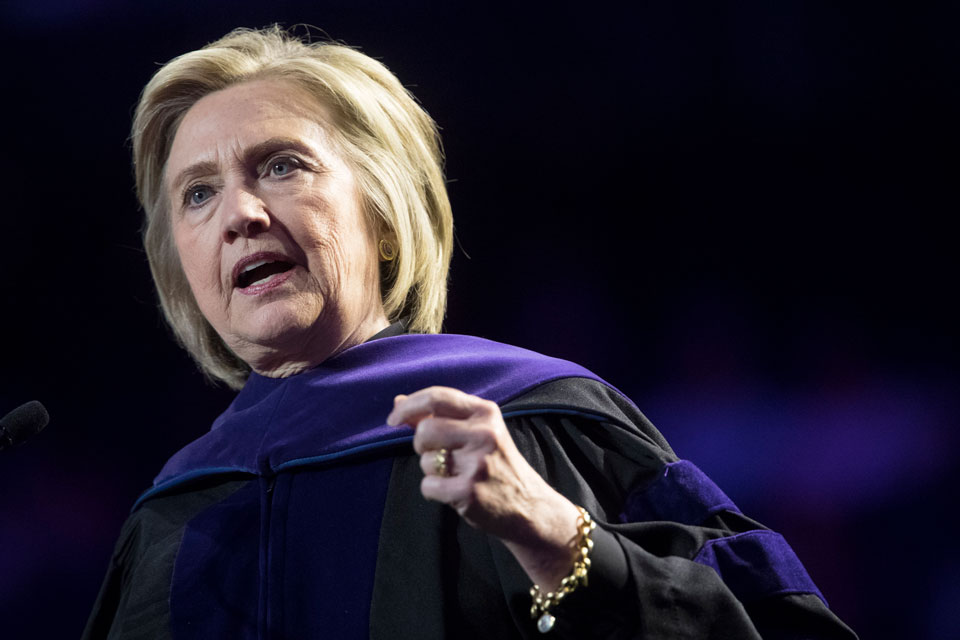 Hillary Rodham Clinton will deliver an opening keynote on the future of democracy at an all-day conference Tuesday held in Washington, D.C. and co-organized by the Albert Shanker Institute, the American Federation of Teachers and Onward Together, the organization founded and led by Clinton.

Following Clinton’s address, a lineup of prominent activists, politicians and intellectuals, led by AFT President Randi Weingarten, will discuss and debate how democratic norms and institutions are under assault, with a particular focus on “Civic Engagement in an Age of Democratic Peril.” Sen. Ron Wyden (D-Ore.) will address the lunch session and former Attorney General Eric Holder will anchor the afternoon panel “Lift Every Voice: Voter Rights and Voter Suppression.”