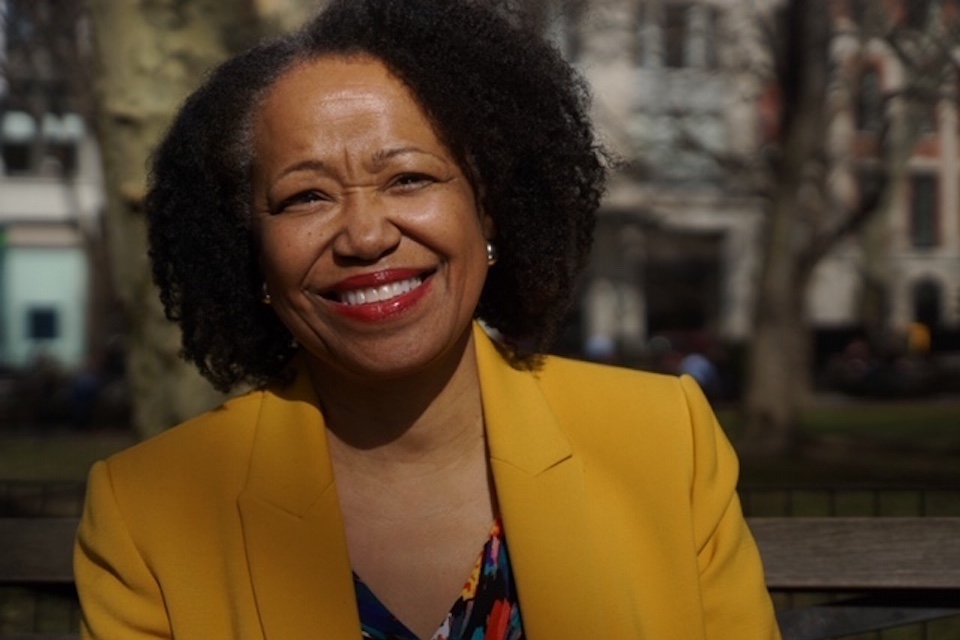 WASHINGTON, DC – The National Collaborative for Health Equity has appointed Dr. Gail Christopher, former vice president and senior advisor at the W.K. Kellogg Foundation, as its new executive director. She will take up her new role on November 1, 2019, succeeding Dr. Brian Smedley, the current executive director and co-founder.

At the Kellogg Foundation, Dr. Christopher created the Truth, Racial Healing and Transformation process, an unprecedented coalition that applies the globally recognized Truth and Reconciliation process to address injustices in U.S. communities.

The truth and healing approach builds on the success of American Healing, a multi-year investment strategy created by Dr. Christopher in 2008 to support research, communications and policies fostering racial equity and healing.

“I am honored to return to lead this work that is so vital to the health of our country and I am deeply appreciative of Dr. Smedley’s outstanding work that not only sustained, but dramatically enhanced the mobilization of communities to end health inequities,” said Dr. Christopher.

“I look forward to working with the NCHE National Advisory Committee, the entire talented NCHE team, national leadership networks and philanthropic organizations to help America develop a true Culture of Health. Doing so will require eliminating the antiquated, but still deeply entrenched belief in a hierarchy of human value and the consequences of that detrimental belief system.

"Changing the culture requires changing hearts and minds and creating a culture fueled by compassion, empathy and mutual regard.”

In her new position, Dr. Christopher will continue expanding RxRacial Healing, a movement launched with five organizations, including NCHE, to mobilize a critical mass of people across the United States committed to healing the racial wounds of the past while seeking an end to racism and the inequities and injustices it creates, as well as the resulting poor health outcomes.

Dr. Smedley has accepted a new role as Chief of Psychology in the Public Interest at the American Psychological Association.

“We are grateful for Dr. Smedley’s many contributions to NCHE and the field of health equity and look forward to Dr. Christopher’s return to the pioneering work she began and has sustained for several decades.”

At the American Psychological Association, Dr. Smedley will lead the APA’s Public Interest Directorate, which includes offices on aging, disability, children and families, ethnic minority affairs, women, and sexual orientation and gender diversity, among other issues.

APA is the leading scientific and professional organization representing psychology in the U.S. and its members include more than 118,000 researchers, educators, clinicians, consultants and students.

“I will deeply miss my colleagues and the important work that we are doing at NCHE,” Smedley said, “but could not be more thrilled to have Dr. Christopher succeed me.  In so doing, we are giving back to Dr. Christopher the great gift that she gave us when she left the Joint Center for the Kellogg Foundation.”

She served as executive director of The Innovation in American Government Awards Program at Harvard’s John F. Kennedy School of Government, and as vice president of the Joint Center for Political and Economic Studies, where she led the Joint Center Health Policy Institute, which implemented powerful initiatives to address social determinants of health disparities, including the Dellums Commission. Named for the now deceased Congressman Ronald V. Dellums, members prioritized the needs of boys and men of color.

Her distinguished career has been honored by many organizations, including the National Academy of Public Administration, the Health Brain Trust of the Congressional Black Caucus, the Society for Public Health Education, the Schott Foundation for Public Education, the Association of Maternal & Child Health Programs and Grantmakers in Health.

Dr. Christopher is Chair of the Board of the Trust for America’s Health.