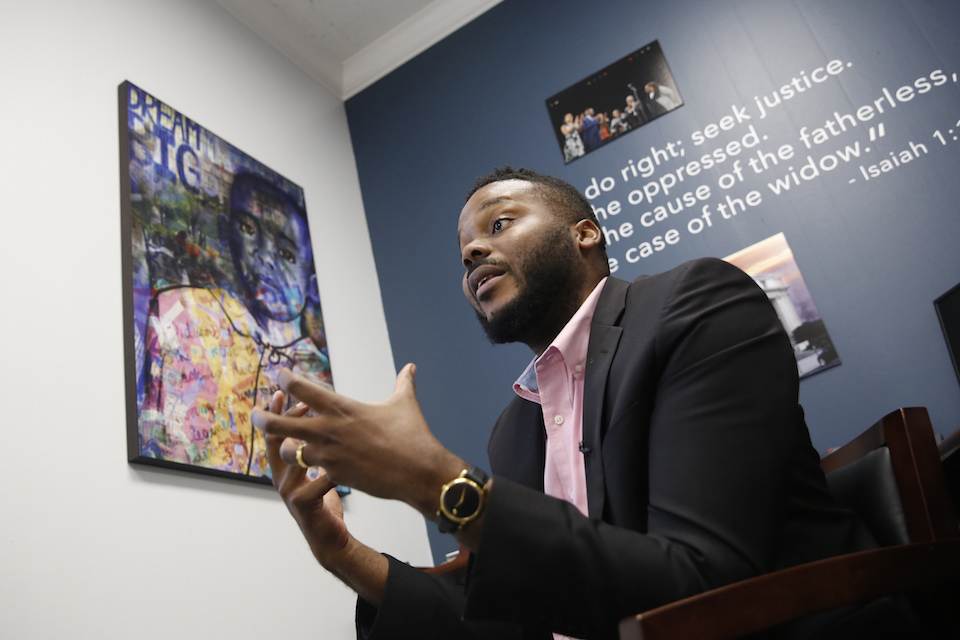 Susie Garza has never heard of Yang. But since February, she's been getting $500 a month from a nonprofit in Stockton, California, as part of an experiment that offers something unusual in presidential politics: a trial run of a campaign promise, highlighting the benefits and challenges in real time.

Garza can spend the money however she wants. She uses $150 of it to pay for her cellphone and another $100 or so to pay off her dog's veterinarian bills. She spends the rest on her two grandsons now that she can afford to buy them birthday presents online and let them get the big bag of chips at the 7-Eleven.

"I've never been able to do that. I thought it was just the coolest thing," said Garza, who is unemployed and previously was addicted to drugs, though she said she has been sober for 18 years following a stint in prison. "I like it because I feel more independent, like I'm in charge. I really have something that's my own."

Garza is part of an experiment testing the impact of "universal basic income," an old idea getting new life thanks to the 2020 presidential race, although Stockton's project is an independent one and has no connection to any presidential race.

Yang, a tech entrepreneur, has anchored his longshot bid with a proposal to give $1,000 in cash to every American, saying the payments will shield workers from the pain of certain job losses caused by automation.

The idea has helped him win unexpected support and even muscle out some better-known candidates from the debate stages. His proposal isn't too far off from one by U.S. Sen. Kamala Harris, one of the top contenders for the Democratic nomination, who has a proposal to give up to $500 a month to working families. 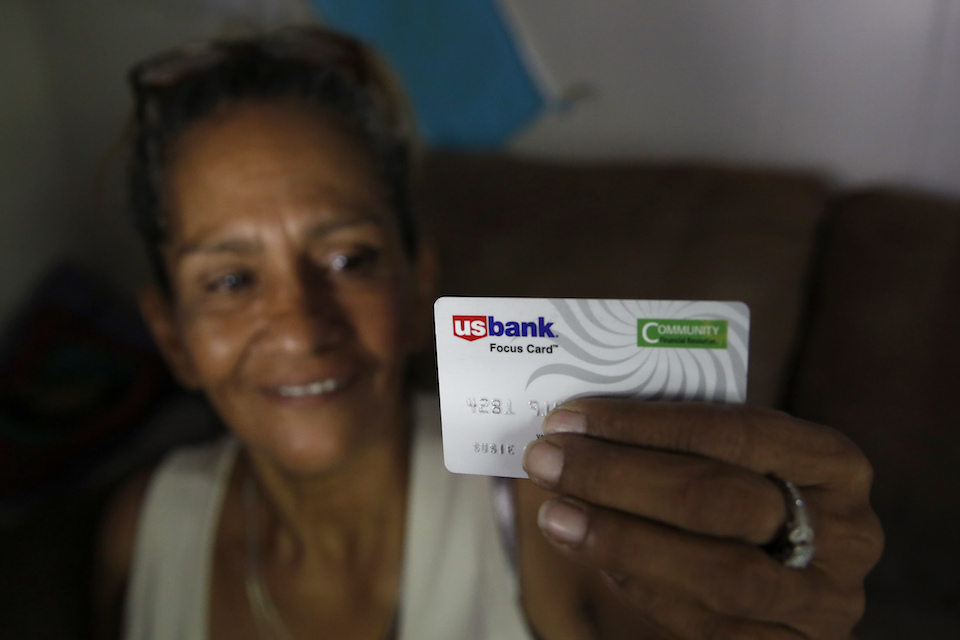 Stockton, once known as the foreclosure capital of the country and for one of the nation's largest municipal bankruptcies, is a step ahead of both candidates. In February, the city launched the Stockton Economic Empowerment Demonstration, a pilot program spearheaded by a new mayor and financed in part by the nonprofit led by Facebook co-founder Chris Hughes.

The city chose 125 people who earned at or below the city's median household income of $46,033. They get the money on a debit card on the 15th of each month.

"I think poverty is immoral, I think it is antiquated and I think it shouldn't exist," said Michael Tubbs, the city's 29-year-old Democratic mayor.

Tubbs' personal story includes a cousin who was killed, a father who is in prison and a mother who, as a teenager, raised him with the help of multiple jobs.

He found his way to Stanford and public service, where he persuaded his beleaguered city to sign on to a provocative new idea: guaranteed cash.

Stockton residents, who have elected Republican mayors for 16 out of the last 22 years, were skeptical, worried about encouraging people not to work. Tubbs said he calmed their fears by noting the money came from private donations, not taxpayer dollars.

"I would tell people all that time that would be upset or would call angry, I would say, well, I'm just as angry as you are, but I'm angry about the problem. I'm not angry about possible solutions," Tubbs said.

A team of researchers is monitoring the participants. Their chief interest is not finances but happiness. They are using what they call a "mattering scale" to measure how much people feel like they matter to society.

The money has made Jovan Bravo happier. The 31-year-old Stockton native and construction worker is married and has three children, ages 13, 8 and 4. He said he didn't see enough of his children when he worked six days a week to pay the bills.

That changed when he started getting $500 a month. Now he only works one Saturday a month. He uses the other Saturdays to take his kids to the amusement park and ride bikes with them in the park.

"It's made a huge difference," he said. "Just being able to spend more time with the wife and kids, it brings us closer together."

Idea dates back to 18th century

Stockton officials do not release the names of the program participants. They arrange interviews with journalists only for those who volunteer to discuss their experiences.

The idea of a guaranteed income dates back to at least the 18th century and has crossed ideological and cultural lines.

In the 1960s and 1970s, Republicans Donald Rumsfeld and Dick Cheney oversaw four guaranteed-income experiments scattered across the country when Rumsfeld, later a defense secretary, was director of President Richard Nixon's Office of Economic Opportunity and Cheney, the future vice president, was his deputy.

The program had some hiccups, including a woman who spent all the money on alcohol and a man who went into debt buying expensive furniture for his government-subsidized apartment, according to a 1970 New York Times story.

But the experiment concluded that the money did not stop people from working and led Nixon to propose expanding the program, which ultimately did not pass Congress.

Since then, other studies have reached similar results. A 2018 study in Alaska, where residents have gotten a share of the state's oil revenue every year since 1982, found the money has not shrunk the state's labor force.

The same was found in a 2010 UCLA study in North Carolina, where the Eastern Band of Cherokee Indians has shared casino revenue with its members since the mid-1990s.

The latest momentum comes with the help of the technology industry, which is grappling with how to prepare for the job losses likely to come with automation and artificial intelligence.

The tech connection has drawn criticism from left-leaning labor unions skeptical of the industry's motives.

"We think the future of work should be defined by working people, not tech billionaires," said Steve Smith, spokesman for the California Labor Federation, a group of 1,200 unions and a reliable ally for some of the state's most liberal policies.

"If there are no jobs available, you are pretty much stuck with your $1,000 a month check while the CEO of the tech company that automated you out of a job is being paid a billion dollars a year."

Other critics note that the programs can chip away at the social safety net. Yang's plan requires recipients to decline food stamps and some other government assistance.

There's also the question of how to pay for it.

Harris would repeal some 2017 tax cuts

Stockton's program, giving 125 people $500 per month for 18 months, will cost just over $1.1 million. Harris' plan, which covers working families making up to $100,000 annually, would cost about $275 billion per year, according to the Tax Policy Center.

To pay for it, she says she would repeal some of the 2017 GOP tax cuts and impose new taxes on corporations.

Yang's plan, which covers every adult in the United States, would cost $2.8 trillion per year. He would impose a new tax on businesses' goods and services while shrinking some other government assistance programs. Representatives for Yang and Harris did not respond to interview requests.

The Stockton experiment runs through July 2020. Researchers expect to release their first round of data this fall, when the presidential campaigns are preparing for the Iowa caucuses and state primaries.

Tubbs says he already sees success in making the city a focal point in the discussion about the future of capitalism and the U.S. economy. But once the experiment is over, he's not sure what's next. He says guaranteed income would need to be much bigger — at least statewide — to really have an impact.

Garza does not know what's next for her, either. She relies on her husband for most things, and he recently lost his job. The extra $500 a month was so helpful, it left her wondering how she was lucky enough to get it — a question she posed to the program's director.