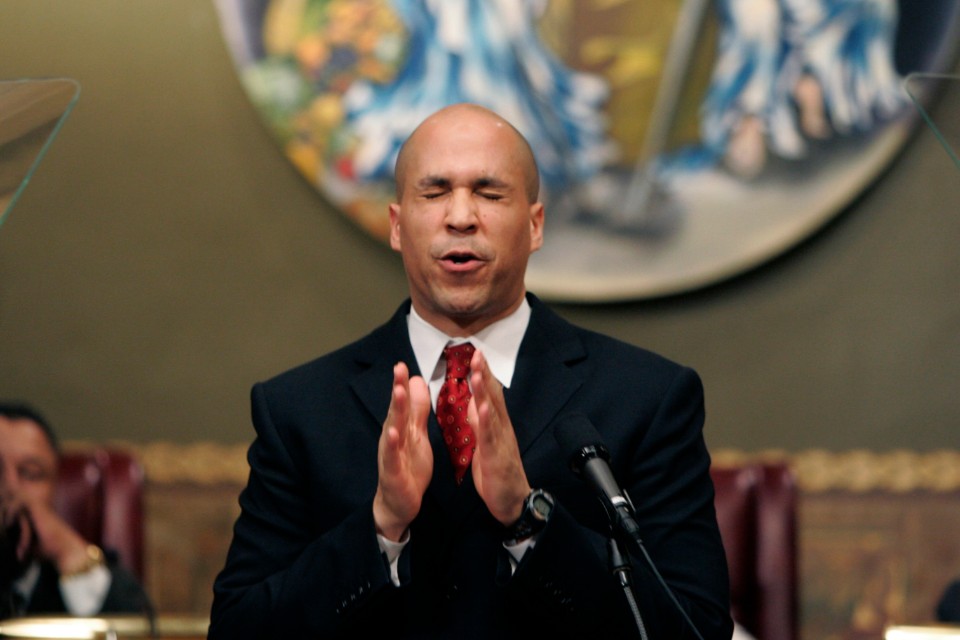 Months after Cory Booker took office as mayor of Newark, New Jersey, he cleared the way for his former campaign treasurer and law partner Elnardo Webster to wield influence at the nonprofit that supplied water to the city.

Over the next seven years, Booker's allies and others squandered millions of dollars in public money at the nonprofit through kickbacks and embezzlement, bogus contracts, risky investments and excessive pay, according to investigations, criminal trials and federal testimony. The organization ultimately was dissolved, nine employees and contractors were indicted and city money was wasted that could have helped fix some of Newark's aging water infrastructure.

By his account, Booker, then the nonprofit's ex-officio chairman, was in the dark as the corruption went on, the organization's budget rapidly escalated and concerned citizens started questioning contracts that went to the mayor's supporters. He has expressed outrage at the wrongdoing and largely placed the blame on a small group of employees and contractors. But critics say Booker, who never attended any of its board meetings, missed red flags.

As a Democratic presidential candidate, Booker has leaned heavily on his record as Newark mayor, saying he helped deliver more jobs, housing and fresh food to its low-income residents. He has painted himself as a reformer who worked to limit the influence of money in politics. But the watershed scandal still burns some of his critics in New Jersey, who say it shows that Booker can be an inattentive manager and that at times he relied on machine politics that had long made Newark a hotbed for corruption.

"He may be gone, but it's not forgotten," says Guy Sterling, a local historian who called the scandal the biggest in Newark in the last 50 years.

It's coming back into focus as Newark officials address a growing crisis involving high levels of lead in drinking water and as Booker seeks to break into the top tier of presidential candidates. The lead problems developed after he left office, but critics say the corruption that happened on his watch contributed to neglect of the water system.

A lawsuit and a criminal case stemming from the nonprofit's demise are still unfolding. They could renew questions about whether Booker knew or should have known about the problems at the nonprofit, which was contracted to operate the city's water treatment and distribution system and manage its fresh water reservoirs in northern New Jersey.

"Despite portrayals by critics to the contrary, Cory Booker faithfully executed his duties as they related to the Watershed, where a small group of employees and contractors conspired to conceal their criminal enterprise so effectively that accountants and even independent auditors didn't discover the fraud," she said.

A state investigation blasted Booker and his administration for failing to exercise oversight over the group's operations.

There is no evidence Booker received any personal financial benefit, but he and his city council allies received tens of thousands of dollars in campaign donations from the group's employees and contractors.

Booker's former law firm — which was paying him under a still-confidential buyout agreement — was paid by the nonprofit for services that would later be criticized as inadequate.

Soon after Booker became mayor, Webster, his former campaign aide and law partner, authored a November 2006 memo recommending new watershed board members. The memo, written on law firm letterhead that still listed Booker as a partner, advised the mayor to appoint a businessman who had played college football with Webster. Also, the son of a campaign adviser and others.

Booker's appointments followed many of Webster's recommendations. The new board hired Webster and the Trenk DiPasquale law firm to serve as the watershed's general counsel. The arrangement paid Webster $225 per hour and generated more than $1 million in legal fees over five years.

Booker had left the law firm months before its hiring, saying he wanted to avoid any conflicts as mayor. But he was still paid up to $150,000 annually under the buyout agreement.

A watchdog organization, the Newark Water Group, issued a report in 2011 that questioned the organization's contracts with Booker's former law firm and the rising spending on other contractors, including politically connected individuals. City and nonprofit officials dismissed the report as politically motivated, but later revelations would show that spending problems got worse in 2012.

The report triggered an investigation by the state comptroller's office that uncovered a brokerage account in which the agency's executive director, Linda Watkins Brashear, had secretly invested public money in high-risk securities trades that lost more than a half-million dollars.

After learning of that account, the board voted to dissolve the nonprofit in 2013 and approved a $453,805 resignation payout to Brashear the same day. Webster drafted the severance agreement, which the comptroller concluded was an effort to have her leave "on terms that she would view as favorable."

Booker says this is when he learned of "serious evidence of wrongdoing" and took steps to bring operations under city control.

Six years later, Brashear is in a West Virginia prison and Webster and his former law firm remain tangled in the aftermath.

Webster himself has not been charged with criminal wrongdoing. In a long-running civil matter, the defunct nonprofit is suing him, his legal associate Jodi Luciani and the law firm for legal malpractice as part of its attempt to recoup tax dollars tied to the scandal. So far, the nonprofit has succeeded in recovering about $3 million of the $15 million its trustees believe was wasted or stolen.

Webster, who has donated the maximum $2,800 to Booker's presidential campaign, has defended his work as appropriate and said that he was unaware of illegal actions by others. He didn't return messages seeking comment for this story.

The last defendant indicted in the scandal, former Newark police officer Janell Robinson, is to stand trial in December. Prosecutors say Robinson formed a company that accepted $289,000 to provide security services for the nonprofit and kicked back some of the money to Brashear, an employee who was promoted to executive director after helping run a Booker campaign office in 2006.

In FBI interviews, Brashear said that Booker's administration empowered Webster to call the shots at the nonprofit and that employees were expected to raise campaign money for the mayor and his allies.

Brashear pleaded guilty in 2015 to receiving $990,000 in kickbacks from roughly a dozen employees and contractors, including her boyfriend and others whom she met during the Booker campaign. They either received money for work that wasn't performed or for invoices that were inflated.

Some of the payments were routed through the watershed's special projects manager, Donald Bernard Sr., who pleaded guilty to accepting $957,000 from contractors for help getting them work. Bernard and Brashear received the stiffest sentences of those convicted — about eight years in prison.

Brashear's promotion had been recommended by Oscar James Sr., a political operative who supported Booker in the 2006 campaign. Oscar James Sr. soon became a no-bid contractor for questionable work at the nonprofit, investigators found. James, whose son was a member of the city council and the watershed board, pleaded guilty last year to evading taxes on some of the income.

James Sr. also helped associates land contracts, including a firefighter who worked for Booker's campaign by taking down rivals' signs at night and replacing them with Booker signs, Brashear told the FBI. Another Booker campaign volunteer was given landscaping contracts even though he had no prior experience and purchased his equipment only after the contracts were awarded.

"Everybody put their hand in the pot whenever they felt like it. That can only happen if there is negligence on the city side," said Columbia University economics professor Dan O'Flaherty, a former Booker supporter and acting city finance director. He noted that the watershed's budget roughly doubled to $10 million within five years during Booker's tenure as mayor and questioned why the city kept sending more money.

Brashear told the FBI that she justified increasing her misspending and embezzlement after watching Webster pursue contracts and jobs for some of his associates.

"The climate became such that employees felt they 'could do their own thing'," according to an FBI summary of an interview with Brashear.

But one function, she told agents, was closely monitored: the amount of money that she raised for Booker and allied campaigns. Webster gave her a list of contractors he expected to donate along with a goal, usually around $35,000, and she invited them to fundraisers with requests to donate specific amounts, Brashear said. Brashear recalled cutting one contractor's pay and hours after he stopped contributing.