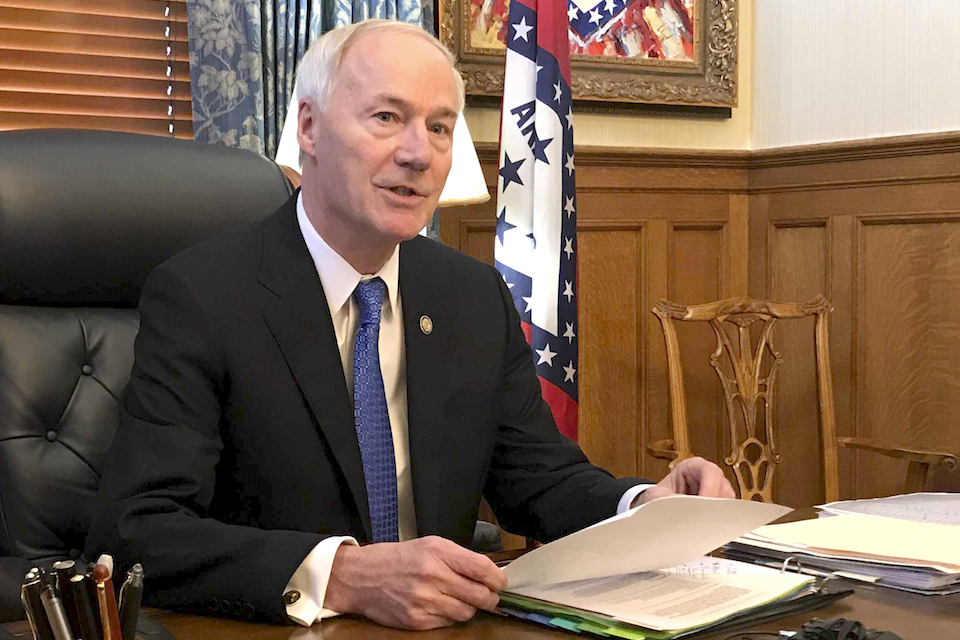 ROCK, Ark. (AP) — Long before a mass shooting killed 22 people at a Walmart in Texas, the threat of white supremacy was well known in neighboring Arkansas, where extremist groups over the decades have made their home in the mountains and dense woods of the state's remote rural areas.

In the 1980s, a group known as the Covenant, the Sword and the Arm of the Lord grew to more than 100 members before federal authorities raided its compound in the Ozarks.

The Knights of the Ku Klux Klan and a "Christian identity" group that promotes racism have made their headquarters in the state. Just last February, prosecutors in Little Rock unsealed indictments against 54 members of the New Aryan Empire, a white supremacist group that began as a prison gang.

Nonetheless, Arkansas is one of only four states without a specific hate crimes law, declining over the years to follow the national legal trend for combatting ethnic violence as it dealt with other priorities it considered more pressing.

Now that reticence is giving way, one of the political tremors being felt across the nation after recent attacks. Republican Gov. Asa Hutchinson, who as a federal prosecutor wore a bulletproof vest to negotiate the end of the siege with the Covenant, the Sword and the Arm of the Lord, has called on lawmakers to approve harsher penalties for crimes targeting people because of their race, ethnicity or religion.

"We have seen a resurgence of white supremacy dialogue, of conversation, and I know enough from the '80s that when you have that conversation and increased dialogue some people are going to take it to the extreme and act on it," Hutchinson recently told reporters.

Pressure for new legislation is also mounting in Georgia and South Carolina, two other states without hate crimes laws.

Wyoming is the other holdout, while a measure enacted in Indiana in April falls short of the standard recognized by the Anti-Defamation League.

The threat posed by hate groups, white supremacists and militias has been highlighted by two recent mass shootings labeled as domestic terrorism by federal authorities.

The suspected gunman in the El Paso attack, 21-year-old Patrick Crusius of Allen, Texas, is believed to have posted an anti-immigrant screed online shortly before opening fire in the Walmart, targeting Hispanic shoppers. Santino William Legan, the gunman who killed three people at a food festival in California, had compiled a "target list"that included religious groups.

Arkansas hasn't experienced any similar mass shootings recently, but few states are more familiar with the threat from white supremacy.

Such groups have long flourished in the Ozark Mountain region near the Missouri border where towns are small and scattered far apart and the population is overwhelmingly white.

The largest town, Harrison, population 13,000, was the site of riots in the early 1900s that drove out most of its black population. The Knights of the Ku Klux Klan, one of several Klan factions, and the white supremacist Kingdom Identity Ministries are based in the Harrison area.

The Klan uses a Harrison post office box for its mailing address, while its national director lives a short drive outside town. 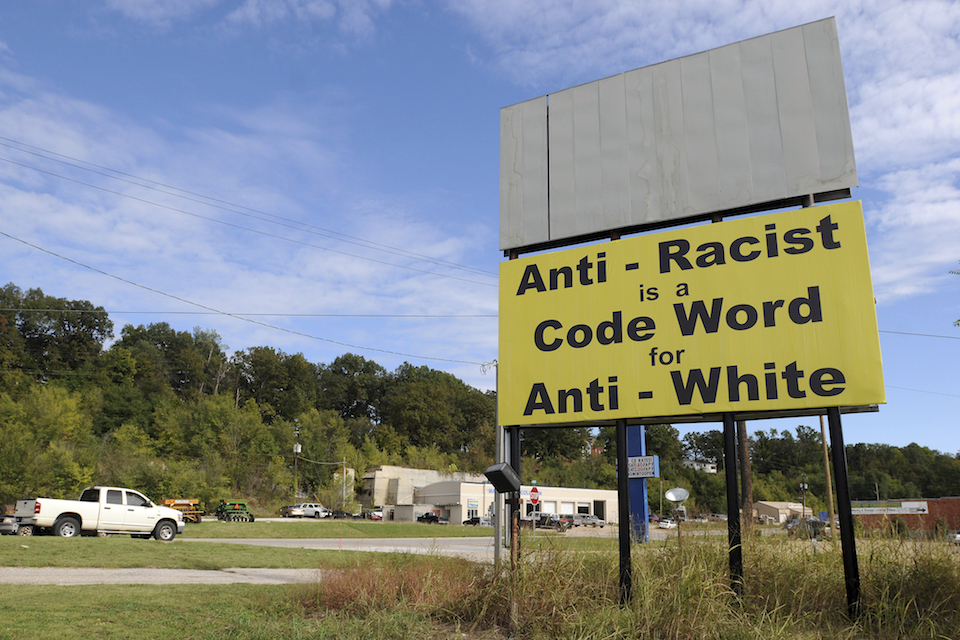 Motorists drive past a newly installed billboard near the intersection of Arkmo Road and Vine Road in Harrison, Ark. Oct. 16, 2013. The threat of white supremacy has been well known in Arkansas, where various extremist groups have made their home over the decades, but efforts to enact a hate crimes measure have been unsuccessful. The latest push comes from Republican Gov. Asa Hutchinson. (Samantha Baker/The Arkansas Democrat-Gazette via AP)

In recent years, billboards occasionally have appeared with white supremacist messages such as, "Anti-racist is a code word for anti-white," or promoting a white pride website.

"Once they get a toehold people follow them in there," said Heidi Beirich, director of the Intelligence Project at the Southern Poverty Law Center, referring to the remote, wooded area. The group tracked 14 hate groups in Arkansas last year.

Harrison leaders insist the city's reputation is being unfairly tarnished by a small group of people. They've posted "Love Your Neighbor" billboards in response to the racist signs and even held a mock funeral to "bury" racism.

"Our problem is that our town struggles with a widespread and long-lasting perception that we are dominated by bigotry and racism," said a message on the city's website.

Most of the New Aryan Empire members indicted this year are from Russellville, west of Little Rock. Its leader briefly escaped from a Pine Bluff jail last month. A group of white supremacists carrying Nazi flags disrupted a Holocaust remembrance event in downtown Russellville in May.

"We are a small state where we are so close to one another and we have a history that suggests that we should be concerned," said Democratic Sen. Joyce Elliott of Little Rock, who has advocated for a hate crimes law.

A hate crimes measure passed the Arkansas Senate in 2001 but failed before a House panel. A similar bill failed two years ago.

Hutchinson said his thinking on hate crimes legislation has evolved.

"I've come to realize this is important, important not just to address violent acts in this regard but also to give some comfort to those that are subject to these attacks that we are taking some action and that we want to address it," he told The Associated Press.

Hutchinson said he's heard concerns from the Jewish community and from law enforcement about the threat of supremacists in Arkansas and nationally. He's also said he'd support the measure including enhanced penalties for those guilty of targeting people because of their sexual orientation or gender identity.

The South Carolina Legislative Black Caucus, meanwhile, has renewed its call for a hate crime law and a sheriff said the measure was needed after his deputies couldn't initially charge a teenager who made videos using racial slurs and shooting a box that he said represented black people. Groups representing the Jewish, Latino and LGBT communities are also calling on Georgia lawmakers to enact hate crimes legislation.

It's unclear when Hutchinson would pursue legislation in Arkansas. Next year's session is focused on the budget, but Hutchinson hasn't ruled out a special session.

"I think there is an urgent moment now, but let's see what the level of support is," Hutchinson said.