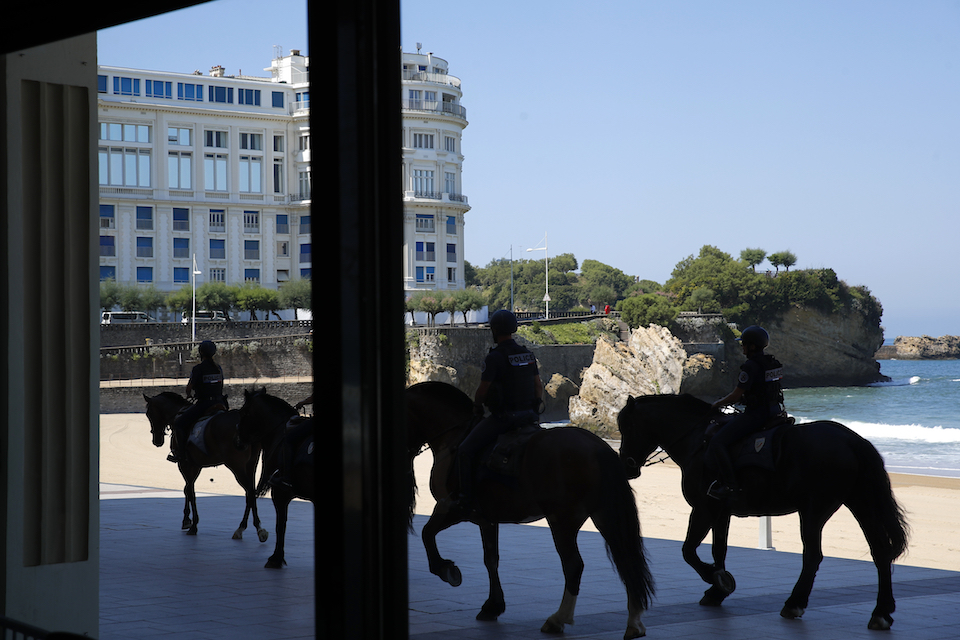 Trump tried to play down tensions among Group of Seven leaders after they had dinner Saturday in the southwest French resort of Biarritz. He is worried that the global economic slowdown is spreading to the U.S. before next year's elections.

The G-7 leaders are meeting Sunday morning to focus on what they can do together to boost the economy. They include the heads of Britain, France, Germany, Japan, Canada and Italy.

Disputes on trade have unsettled the global economy because businesses don't know where tariffs will be imposed.

Anti-capitalist protesters also plan demonstrations Sunday after clashing with police near Biarritz on Saturday as the summit opened.