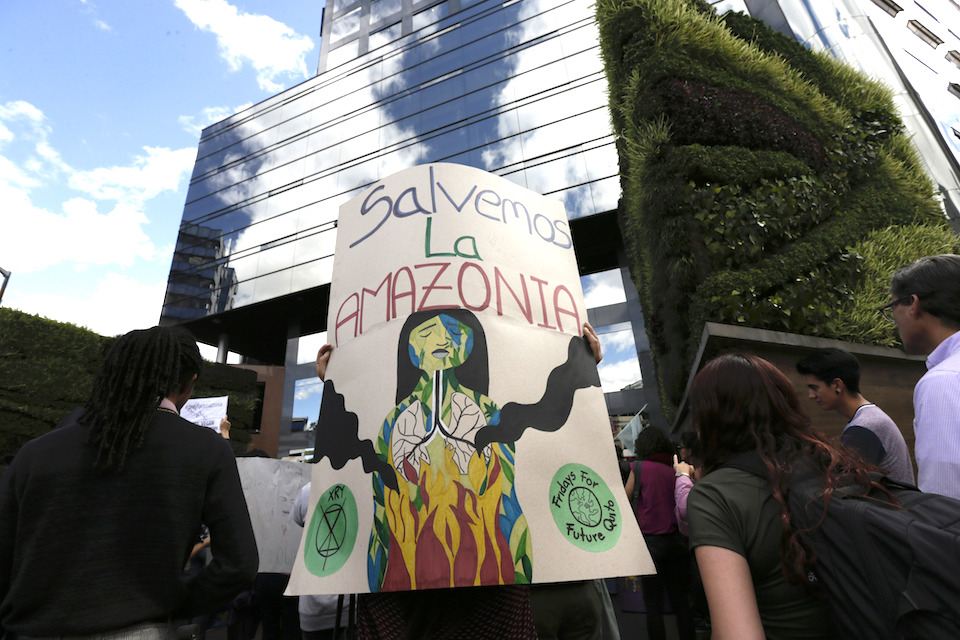 PORT VELHO, Brazil (AP) — Under international pressure to contain fires sweeping parts of Brazil's Amazon, President Jair Bolsonaro on Friday authorized use of the military to battle the huge blazes while thousands took to the streets to protest his environmental policies.

Forces to deploy for month from Saturday

Brazilian forces will deploy starting Saturday to border areas, indigenous territories and other affected regions in the Amazon to assist in putting out fires for a month, according to a presidential decree authorizing use of the army.

The military will "act strongly" to control the wildfires, Bolsonaro promised as he signed the decree.

The armed forces will collaborate with public security and environmental protection agencies, the decree says.

"The protection of the forest is our duty," the president said. "We are aware of that and will act to combat deforestation and criminal activities that put people at risk in the Amazon. We are a government of zero tolerance for crime, and in the environmental field it will not be different."

Thousands of Brazilians took to streets

Bolsonaro has previously described rainforest protections as an obstacle to Brazil's economic development, sparring with critics who note that the Amazon produces vast amounts of oxygen and is considered crucial for efforts to contain climate change.

As the president spoke, thousands of Brazilians demonstrated in Rio de Janeiro, Sao Paulo and the capital of Brasilia demanding the government announce concrete actions to curb the fires. People also banged pots from their homes, a traditional mode of protest in South America.

Some fires may be deliberate

An Associated Press journalist who traveled to the Amazon region Friday saw many already deforested areas that had been burned.

Charred trees and fallen branches were seen around Porto Velho, the capital of Rondonia state, which borders Bolivia. In some instances, the burned fields were adjacent to intact livestock ranches and other farms, suggesting the fires had been managed as part of a land-clearing policy.

A large column of smoke billowed from one fire, and smoke rose from a couple of nearby wooded areas. Life appeared normal in Porto Velho. However, visibility from the windows of an arriving airplane was poor because of smog enveloping the region.

Small numbers of demonstrators gathered outside Brazilian diplomatic missions in Paris, London, Geneva and Bogota, Colombia, to urge Brazil to do more to fight the fires. Larger protests were held in Uruguay and Argentina. Hundreds also protested in Chile, Ecuador and Peru.

Neighboring Bolivia and Paraguay have also struggled to contain fires that swept through woods and fields, in many cases set to clear land for farming. About 7,500 square kilometers (2,900 square miles) of land has been affected in Bolivia, Defense Minister Javier Zavaleta said.

Close to 20% of Amazon already deforested

A B747-400 SuperTanker arrived in Bolivia and began flying over devastated areas to help put out the fires and protect forests. The U.S.-based aircraft can carry nearly 76,000 liters (20,000 gallons) of retardant, a substance used to stop fires.

Some 370 square kilometers (140 square miles) have burned in northern Paraguay, near the borders with Brazil and Bolivia, said Joaquín Roa, a Paraguayan state emergency official. He said the situation had stabilized.

Close to 20% of the Amazon has already been deforested, said Thomas Lovejoy, a George Mason University environmental scientist.

"I worry that the current deforestation will push past the tipping point leading to massive loss of forest and biodiversity," Lovejoy wrote in an email to The Associated Press.

He said Brazil is "turning its back" on past environmental achievements, including the 1992 Earth Summit, and has proposed infrastructure projects that will accelerate the challenge of climate change.

"Fires are directly burning into the Amazon rainforest and that releases the carbon stored in those trees," said Doug Morton, a NASA scientist.

"The carbon then enters the atmosphere as carbon dioxide or methane, where it contributes to the greenhouse gases that are causing climate change, bringing us a warmer and a drier planet."

Morton said there is now "an uptick in the pressure against the remaining Amazon forest, to expand agriculture production in areas that are the leading edge in the deforestation frontier."

Fires are common in Brazil in the annual dry season, but they are much more widespread this year.

Brazilian state experts reported nearly 77,000 wildfires across the country so far this year, up 85% over the same period in 2018.

Just over half of those fires have occurred in the Amazon region. Brazil contains about 60% of the Amazon rainforest.

"Our future Trade prospects are very exciting and our relationship is strong, perhaps stronger than ever before," Trump tweeted.

"I told him if the United States can help with the Amazon Rainforest fires, we stand ready to assist!"

In escalating tension over the fires, France accused Bolsonaro of having lied to French leader Emmanuel Macron and threatened to block a European Union trade deal with several South American states, including Brazil. Ireland joined in the threat.

The specter of possible economic repercussions for Brazil and its South American neighbors show how the Amazon is becoming a battleground between Bolsonaro and Western governments alarmed that vast swaths of the region are going up in smoke on his watch.

Ahead of a Group of Seven summit in France this weekend, Macron's office questioned Bolsonaro's trustworthiness.

Brazilian statements and decisions indicate Bolsonaro "has decided to not respect his commitments on the climate, nor to involve himself on the issue of biodiversity," Macron's office said.

It added that France now opposes the EU's trade deal "in its current state" with the Mercosur bloc of South American nations that includes Brazil, Argentina, Paraguay and Uruguay.

Argentina, which is struggling with rising poverty and austerity measures, has offered to send emergency workers to Brazil and Bolivia to help battle the fires. Chile also offered aid.

The Brazilian government has said European countries are exaggerating Brazil's environmental problems in order to disrupt its commercial interests.

Bolsonaro, who has said he wants to convert land for cattle pastures and soybean farms, said it was difficult to curb increasing deforestation with limited resources.

"It's not easy to fight deforestation, our Amazon area is bigger than all of Europe," he said. "We'll do what we can to fight this crime." 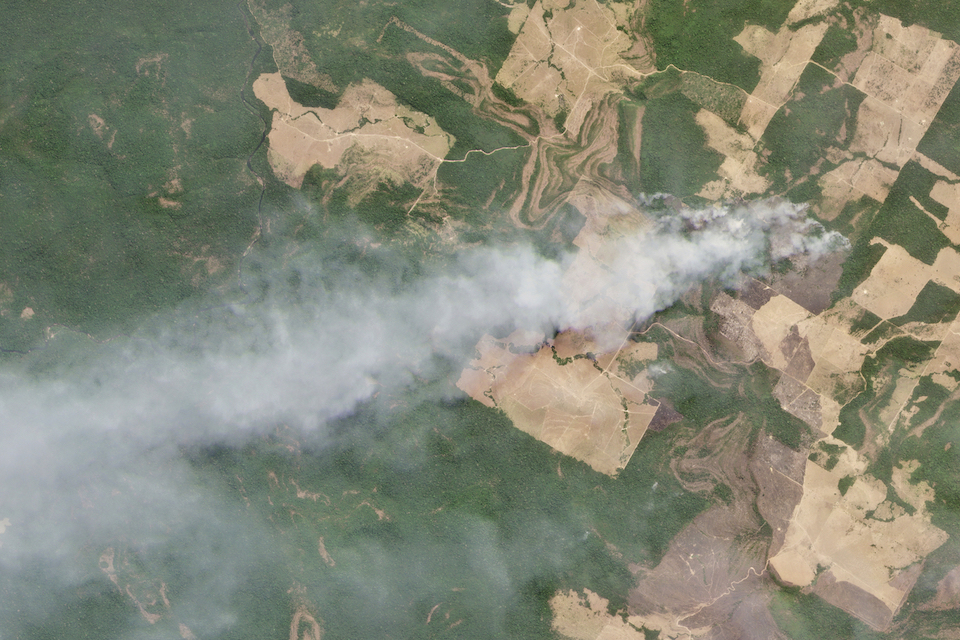