The Great March on Galveston 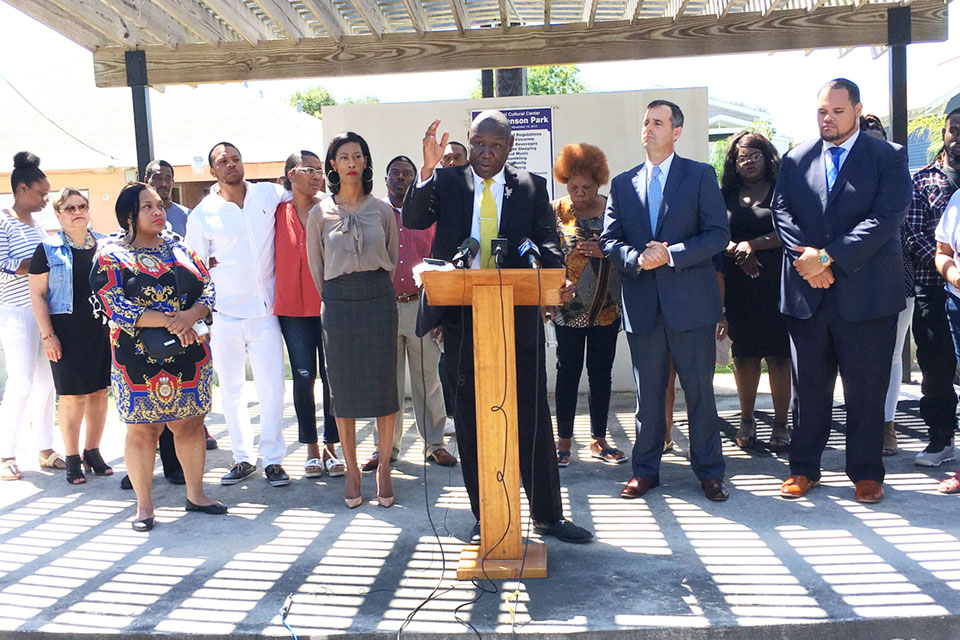 Back on August 3rd, Donald Neely was arrested by Galveston police after he allegedly committed the crime of criminal trespassing at a commercial property located at 306 22nd Street, and after allegedly being warned not to do trespass on the property several times before.

It was not the arrest of Neely that caused a stir, it was the way in which he was detained that has caught the attention of people across the country, including many civil rights activists and attorneys. This action caught the immediate attention of several witnesses, who took the pictures and shared them on social media. 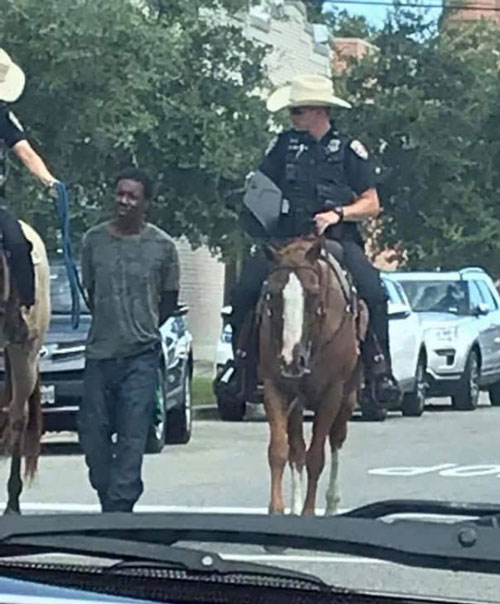 According to Neely’s family, he has suffered from mental illness for over a decade and had been homeless based off their last known interaction. The family had not seen him in roughly four years, but saw the disrespectful and dehumanizing photos of him circulating online.

According to a statement released by the Galveston Police Department, they state that “when a police car was not immediately available, he (Neely) was escorted by mounted police officers about four blocks to a nearby staging area.”

National civil rights attorney Benjamin Crump held a major press conference on August 12th, calling on the Galveston Police Department to release the body camera footage of the incident to be able to determine whether Neely’s civil rights may have been violated.

“The Galveston Police Department should have no problem releasing the body cam video, so we can see with our own eyes the content of the character of these two officers; based off of how they talked to and how they treated this unarmed Black citizen who suffered from mental illness.”

Nearly 170 years ago, the federal government passed the Fugitive Slave Act of 1850, which gave individuals known as “slave catchers” the legal mandate to go anywhere in the country to locate and prosecute runaway slaves and return them to their slave masters.

Fast forward to 2019, and we see that the slave catcher model has reared its ugly head once again; this time in Galveston.

One of the people who received a copy of the picture and shared it on social media, is a former Galveston resident named Erin Toberman, who is White and whose father was a police captain.

At the press conference, Toberman spoke to reporters and made some strong and salient points about the incident.

“I’m a White woman and I have nothing but respect for law enforcement and I know how hard their job can be, because my father was a police Captain,” said Toberman. “Members of law enforcement have always told me that if I see something, I should say something. Well, I saw something and I said something, but now I’m being told that I shouldn’t have saw anything or said anything.  That isn’t right.”

Crump said that once Galveston Police Department releases the video and they can determine the content of the character of the officers involved to be in line with what the police department is saying, they will leave, but until then they do not plan on leaving the city.

“We are not going anywhere,” said Crump.  “As a matter of fact, if you don’t release the video in 30 days, we are going to invite other civil rights advocates, mental health advocates and human rights advocates, and we will have a great march on Galveston. We are going to march down the same street that you dragged Donald Neely down by rope.”

"I condemn Officer P. Brosch and A. Smith for their actions during this arrest and for unnecessarily subjecting Mr. Neely to that public humiliation. I applaud Galveston Police Chief Vernon Hale for his swift response and apology to Mr. Neely. I ask him to consider disciplinary actions against those two officers and to institute department-wide sensitivity training to ensure that officers, present and future understand why this was wrong, why it was inhumane and why it was downright racist."

Crump set the deadline date to release the video for September 15. In the meantime, both the Texas Rangers and the Galveston County Sheriff's Office are investigating the controversial arrest. In expressing their seriousness about the release of the video, Crump led attendees in a chant to demand its release, chanting, “Say No Mo’…Release the Video.”

According to the Galveston Police Department, the body cameras were functional and were live during the encounter with Neely, so now it boils down to the actual release of the footage.

Galveston Police Chief Vernon Hale and Galveston City Manager Brian Maxwell, both made statements expressing their belief that the officers may have used poor judgment regarding the incident and the officer’s handling of Neely.

“Although this is a best practice in certain scenarios, I don’t think it was the best practice at this point in time,” said Chief Hale.

Chief Hale has stated that his department has ended the use of this practice effective immediately. However, this is not good enough for Neely’s family, his attorneys and for many community advocates who have been riveted by this incident.

Time will tell if the Galveston Police Department will comply with Crump’s demands and inquiring minds want to know what exactly they will hear and see once the footage is released.

Jeffrey Boney is a political analyst and frequent contributor for the NNPA Newswire and BlackPressUSA.com and the associate editor for the Houston Forward Times newspaper. Jeffrey is an award-winning journalist, dynamic, international speaker, experienced entrepreneur and business development strategist. Follow Jeffrey on Twitter.