Trump Official: Statue of Liberty's Poem Is About Europeans 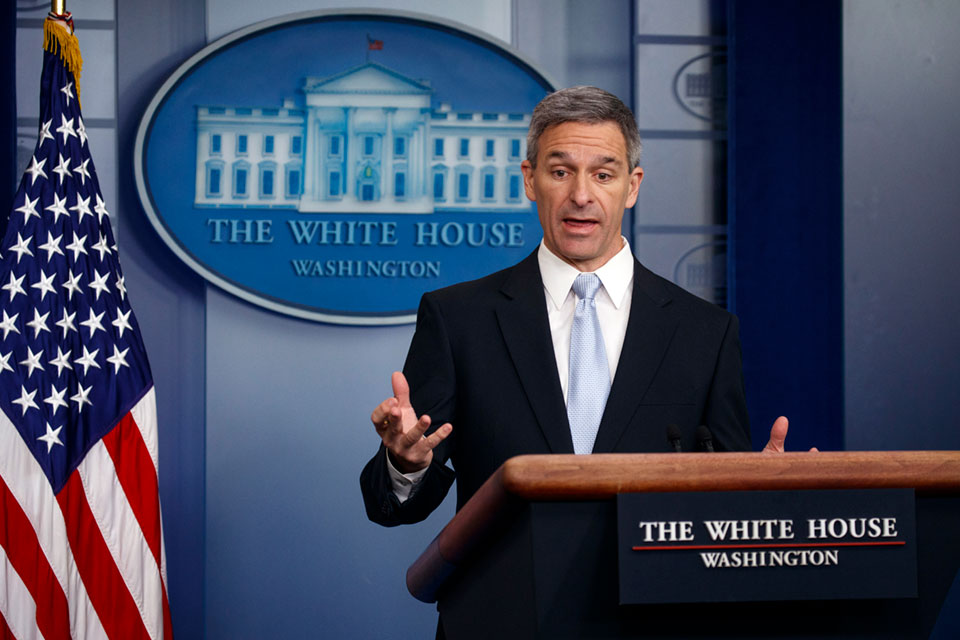 WASHINGTON (AP) — A top Trump administration official says that the famous inscription on the Statue of Liberty welcoming immigrants into the country is about "people coming from Europe" and that America is looking to receive migrants "who can stand on their own two feet."

The comments on Tuesday from Ken Cuccinelli, the acting director of U.S. Citizenship and Immigration Services, came a day after the Trump administration announced it would seek to deny green cards to migrants who seek Medicaid, food stamps, housing vouchers or other forms of public assistance. The move, and Cuccinelli's defense, prompted an outcry from Democrats and immigration advocates who said the policy would favor wealthier immigrants and disadvantage those from poorer countries in Latin America and Africa.

"This administration finally admitted what we've known all along: They think the Statue of Liberty only applies to White people," tweeted former Texas Rep. Beto O'Rourke, a Democratic presidential candidate.

This administration finally admitted what we’ve known all along: They think the Statue of Liberty only applies to white people. https://t.co/kTLl50yCmw

The administration's proposed policy shift comes as President Donald Trump is leaning more heavily into the restrictive immigration policies that have energized his core supporters and were central to his 2016 victory. He has also spoken disparagingly about immigration from majority Black and Hispanic countries, including calling Mexican immigrants rapists and criminals when he launched his 2016 campaign. Last year, he privately branded Central American and African nations as "shithole" countries and he suggested the U.S. take in more immigrants from European countries like predominantly White Norway.

Cuccinelli said in an interview with CNN on Tuesday night that the Emma Lazarus poem emblazoned on the pedestal of the Statue of Liberty referred to "people coming from Europe where they had class-based societies where people were considered wretched if they weren't in the right class." 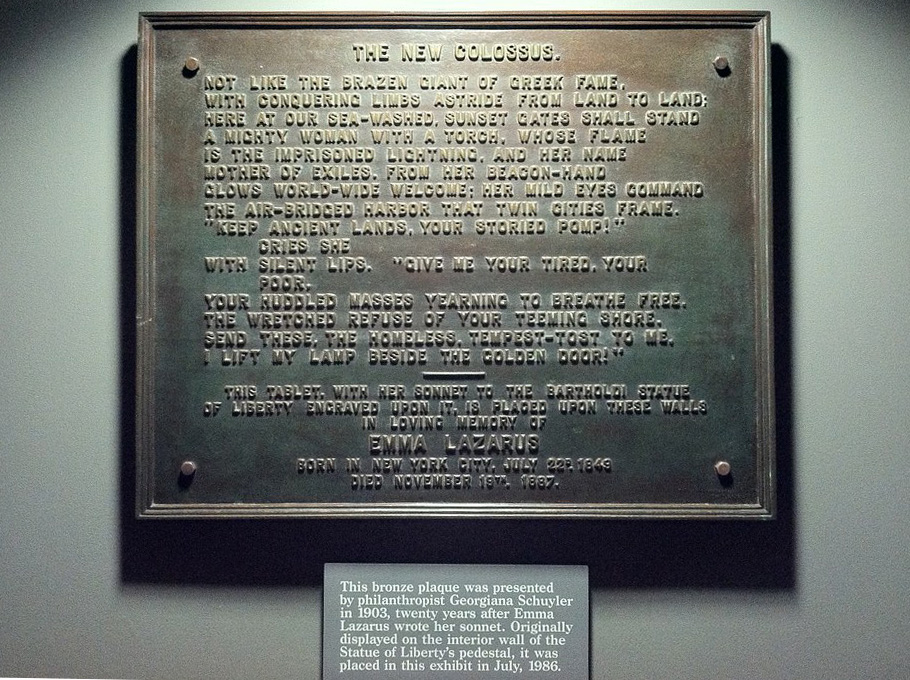 This plaque was moved from the exterior pedestal of the Statue of Liberty to the interior museum in the mid-1980s to protect it from damage. Photo by Ranger Dee via FlickrLazarus' poem, written in 1883 to raise money to construct the Statue of Liberty's pedestal and cast in bronze beneath the monument in 1903, served as a beacon to millions of immigrants who crossed past as they first entered the U.S. in New York Harbor. It reads, "Give me your tired, your poor, Your huddled masses yearning to breathe free, The wretched refuse of your teeming shore."

Cuccinelli was asked earlier Tuesday on NPR whether the words "give me your tired, your poor" were part of the American ethos. Cuccinelli responded: "They certainly are. Give me your tired and your poor who can stand on their own two feet and who will not become a public charge."

A hard-line conservative from Virginia, Cuccinelli was a failed Republican candidate for governor in 2013 after serving as the state's attorney general. He backed Republican Sen. Ted Cruz of Texas for president in 2016 and for a time was a harsh critic of Trump.

He is one of a slew of immigration hardliners brought in by Trump to implement the president's policies. He was appointed to the post in June in a temporary capacity, which doesn't require Senate confirmation.

Trump, asked Tuesday about Cuccinelli's comments on NPR, appeared to back him up.

"I don't think it's fair to have the American taxpayer paying for people to come into the United States," Trump told reporters before boarding Air Force One for Pennsylvania. "I think we're doing it right."

Immigrant rights groups strongly criticized the Trump administration's new rules for immigrants receiving public assistance, warning that the changes would scare immigrants away from asking for needed help. And they voiced concern that officials were being given too much authority to decide whether someone is likely to need public assistance in the future.

"Our values are etched in stone on the Statue of Liberty. They will not be replaced," she tweeted. "And I will fight for those values and for our immigrant communities."

"Give me your tired, your poor, your huddled masses yearning to breathe free."

Our values are etched in stone on the Statue of Liberty. They will not be replaced. And I will fight for those values and for our immigrant communities. https://t.co/6P4ib6A0zp