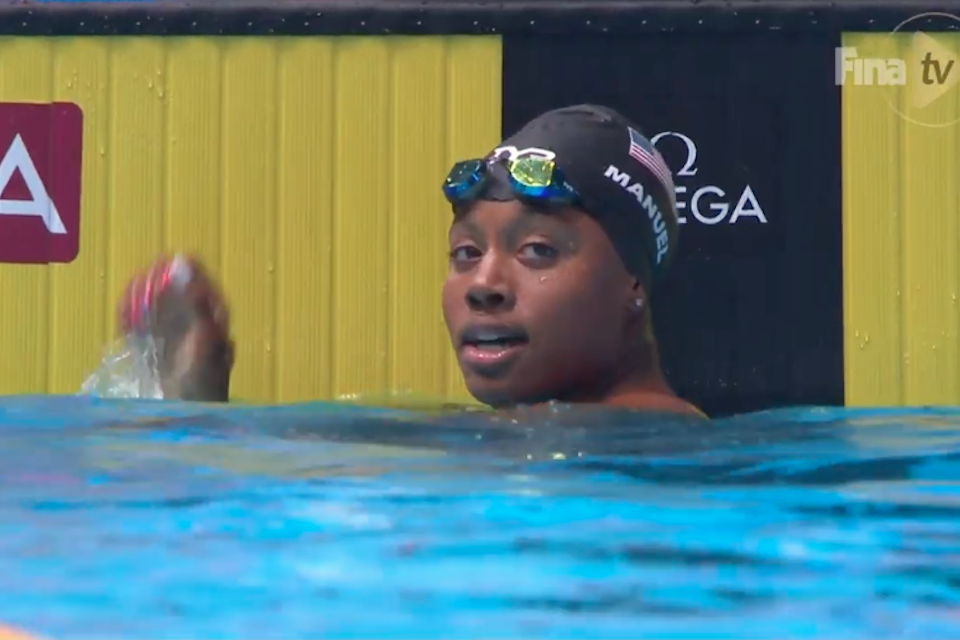 Black girl magic was in evidence in the pool at the FINA World Championship in Gwangju, South Korea, on July 26. Not only did Simone Manuel successfully defend her title as world champion in the 100-meter freestyle, but she also managed to set a new American record when she did it.

According to TeamUSA, Manuel overcame the challenges typically associated with swimming in Lane 1, to finish the race in just 52.04 seconds. In doing so, she also became the second woman to win back-to-back world championship titles in the event. The first woman, Kornelia Ender, accomplished the feat in 1975.

In 2016, Manuel made headlines when she became the first African-American woman to win an individual Olympic gold medal in swimming.

Following her historic win she became more vocal about her desire to help lower the high drowning rate within the Black community through her work with the USA Swimming Foundation.

To honor this commitment, Manuel was able to work with the foundation and Akron Area YMCA to make sure all students at Lebron James’ Promise School received swimming lessons this summer.