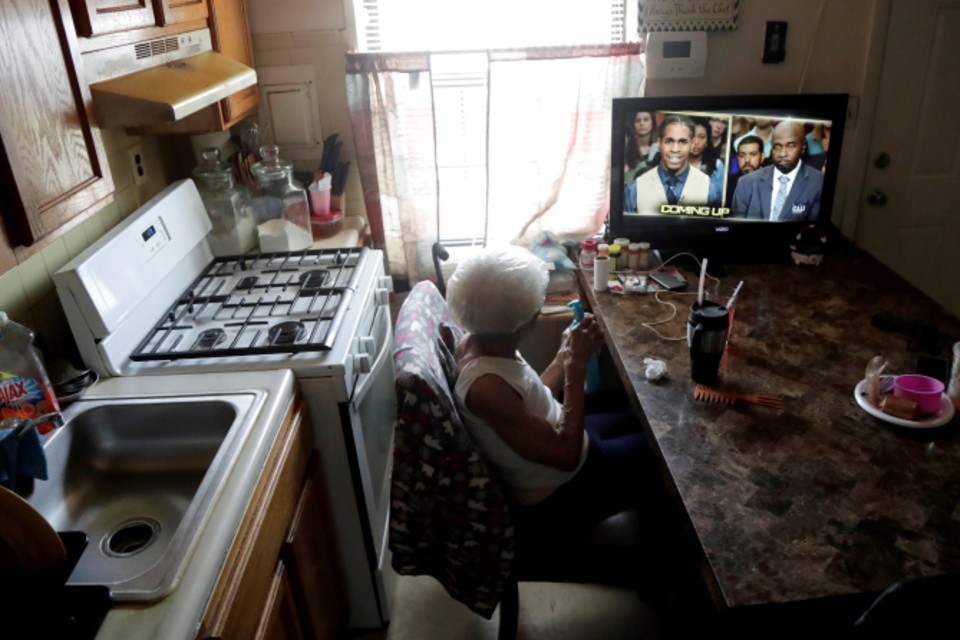 BALTIMORE (AP) — Davon Jones doesn't have to look far to see the irony in President Donald Trump's tweets that Baltimore is a "rat and rodent infested mess." His apartment owned by the president's son-in-law has been invaded by mice since he moved in a year ago.

"I don't know how they come in," Jones says. "Every time I catch them, they come right back."

Jared Kushner's family real estate firm owns thousands of apartments and townhomes in the Baltimore area, and some have been criticized for the same kind of disrepair and neglect that the president has accused local leaders of failing to address. Residents have complained about mold, bedbugs, leaks and, yes, mice — plenty of mice. And they say management appears in no hurry to fix the problems.

"They don't care," says Dezmond James, who says he has spotted as many as three mice a week since he moved in to the Commons at White Marsh in suburban Middle River four years ago.

James says he sees a massive contradiction in Trump's much-publicized tweets laying the blame for Baltimore's poverty, crime and rodent problems on frequent antagonist Maryland Rep. Elijah Cummings. Trump, he said, should look more at what he — and specifically Kushner — could do about it.

Conditions got so bad two years ago that the Baltimore County government issued a release showing the Kushner Cos. had violated housing codes more than 200 times in just 10 months and only moved to fix the problems after being threatened with fines.

says Simone Ryer who moved out Whispering Woods in Middle River two years ago. "That was more than enough for me to leave."

In a statement, the Kushner Cos. said it was proud of its Baltimore-area apartments and has worked to maintain a "high quality residential experience for our tenants" by investing "substantial amounts" in upkeep.

A website for the Commons at White Marsh boasts of "amenities that amaze," but many of the 181 comments posted by residents at the review site apartmentratings.com complain of rats, mold, bedbugs, roaches and leaks. The reviews say management is generally unresponsive.

A 2017 report by the New York Times and ProPublica about residents at Kushner-owned developments echoed many of those online complaints, with one woman saying she found a mouse on her 12-year-old child's bed. The Kushner Cos. told the Times at the time that it is had spent $10 million on its properties, but their age means issues can still arise.

A Baltimore Sun story the same year found the Kushner Cos. used the courts to arrest tenants late on rent more than any other landlord in the state.

And a lawsuit seeking class-action status for residents alleges Westminster Management, the Kushner subsidiary that oversees rental properties in Maryland and other states, often charges tenants illegal and excessive fees that keeps them in constant fear of eviction and guessing what they owe. Westminster has said it has broken no laws and denies the charges.

Jared Kushner took in $3.1 million from Westminster in the past two years, according to financial disclosure reports he filed with the federal government. He stepped down as CEO of parent company Kushner Cos. when he and his wife, Ivanka Trump, joined the White House as senior advisers to the president, but he still retains a financial interest and draws money from many of its operations.

At the Kushners' Dutch Village community in Baltimore, Ronald Newson says his 86-year-old mother, Carrie, has been asking maintenance staff for nearly a year to patch a hole in her ceiling from a leak on the second floor, and that someone has to come to kill all the mice she's been living with.

As a stopgap measure, she jammed the leg of a chair against a hole in the corner of her living room, but they kept coming out anyway. They also come from behind her stove.

"It takes them a long time to get repairs done," the son said. He suggested that Trump, instead of blaming Cummings for the city's problems, should look to landlords like Kushner, too.

"He talks about everyone but his son-in-law."