Debate Gives Some Democratic Hopefuls a Last Chance to Shine 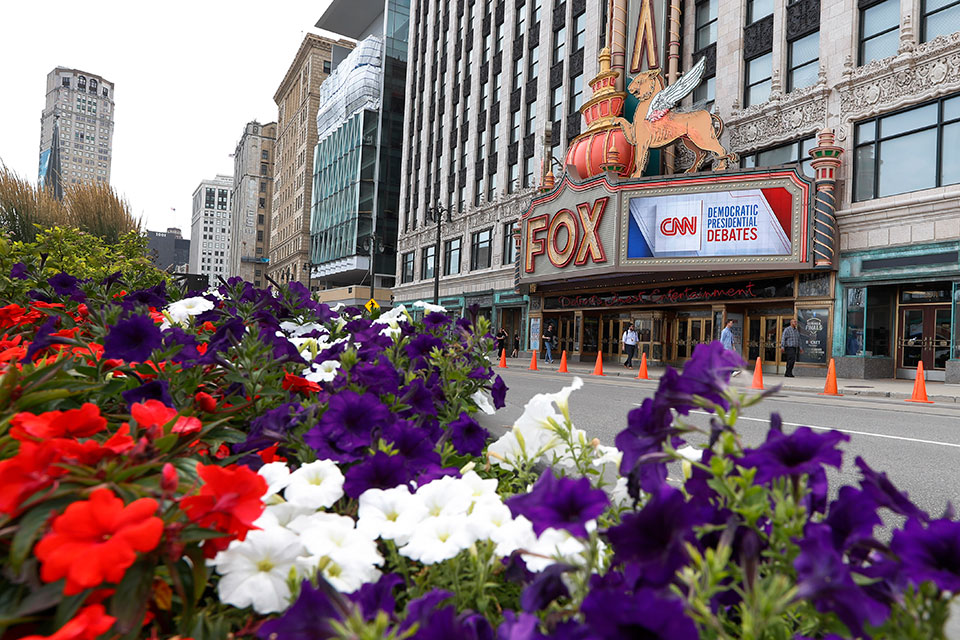 DETROIT (AP) — Democrats gathering in Detroit for a pivotal presidential debate will have to decide, once again, how to respond to President Donald Trump while presenting their own vision for the country.

Candidates are sure to use the high-profile setting on Tuesday and Wednesday to blast Trump's recent string of racist and incendiary tweets and comments, first about four congresswomen and more recently about Baltimore, a racially diverse U.S. city that, like Detroit, has faced challenges. But they'll also be under pressure to provide specifics about how they would improve the lives of Americans by lowering the cost of health care or protecting jobs at a time when the economy is showing signs of sputtering.

The second debate of the Democratic primary has higher stakes for a historically large field of more than 20 candidates, 10 of whom will face off each night. For several candidates, the debates will likely offer a last chance to be considered a serious contender for the party's nomination. Tougher rules set by the Democratic National Committee are expected to winnow the race. To qualify for the next debates in September, candidates must raise money from more donors and hit higher polling thresholds — a bar more than half of the candidates are at risk of missing.

"Everything's at stake," said Jill Alper, a Democratic strategist who has worked on seven presidential campaigns. She had simple and direct advice for the White House hopefuls confronting questions about Trump: "protest and pivot" — and "pivot quickly" — to what they can offer American families.

Sanders and Warren Will Be at Center Stage

The two leading progressives in the field, Sens. Bernie Sanders of Vermont and Elizabeth Warren of Massachusetts, will be at center stage on Tuesday. Warren's campaign has gained ground in recent weeks, partially at the expense of Sanders. The debate could offer a high-profile chance for Warren to prove to Sanders' supporters that she's worthy of their consideration.

Warren unveiled a slate of new congressional endorsements on Tuesday morning ahead of the debate, including one lawmaker who had backed Sanders during the 2016 Democratic primary.

The night will also provide a contrast with more moderate candidates, such as South Bend, Indiana, Mayor Pete Buttigieg, former Texas Rep. Beto O'Rourke and Minnesota Sen. Amy Klobuchar, poised to offer themselves as alternatives to the liberals.

Also on stage will be former Colorado Gov. John Hickenlooper, who has repeatedly said Sanders' brand of democratic socialism is bad for the party and the country, as well as Ohio Rep. Tim Ryan, former Maryland Rep. John Delaney, author Marianne Williamson and Montana Gov. Steve Bullock, who joined the race after the other candidates and did not qualify for last month's debate in Miami.

Biden to Defend His Record

Wednesday will provide a rematch between former Vice President Joe Biden and California Sen. Kamala Harris, who went after Biden during the June debate for not supporting federal busing orders as a means of desegregation when he was in the U.S. Senate in the 1970s, prefacing her comments by saying, "I do not believe you are a racist."

"Biden needs to do better," he said.

Several candidates have been putting out policy proposals ahead of the debate, likely as a way to get out in front of rivals' criticism.

Harris, who says she supports Sanders' plan for "Medicare for All," released a proposal Monday that stopped short of the proposal he and other more liberal candidates are backing. She said she envisions a role for private insurers —Sanders' plan does not — and she would slow the transition to 10 years rather than four.

While Sanders won't be on stage with Harris, other advocates of the plan will be, and could take her to task for not going far enough. Biden's campaign, meanwhile, attacked from another direction, saying that she has been inconsistent and that her plan would undo the Affordable Care Act approved under President Barack Obama and force a large tax increase on middle-class families.

Warren on Monday rolled out a trade policy that would propose nine preconditions for U.S. trading partners to meet to participate in agreements, including an end to fossil-fuel subsidies. She did not rule out tariffs, echoing some of the rhetoric Trump used in 2016 as he wooed working-class voters in places like Michigan.

A 'Battle-Tested' Nominee is Needed

Democratic strategist Jamal Simmons said the intramural fight among Democrats is necessary to get a battle-tested nominee who is ready to face Trump on all topics, including race. But he said it is important for Democrats not to let the president off the hook for his racial rhetoric and policies, noting, "The Trump factor is always present." He said Trump's latest comments blasting Democratic Rep. Elijah Cummings and his Baltimore-area district underscore voters' unease with Trump in the White House.

"People argue over whether we are beating up the ultimate nominee, but if we don't, Trump will," Simmons said.

"People are testing each other. How you stand up under pressure is part of what the judgment is of who's the best candidate."

The Trump campaign and Michigan Republicans also were readying for the 2020 election, meeting in Lansing for what they said was part of a nationwide effort to train thousands of volunteers. Michigan GOP Chairwoman Laura Cox said they were starting earlier than in past election cycles.