US Intelligence Chief out after Turbulent Two Years 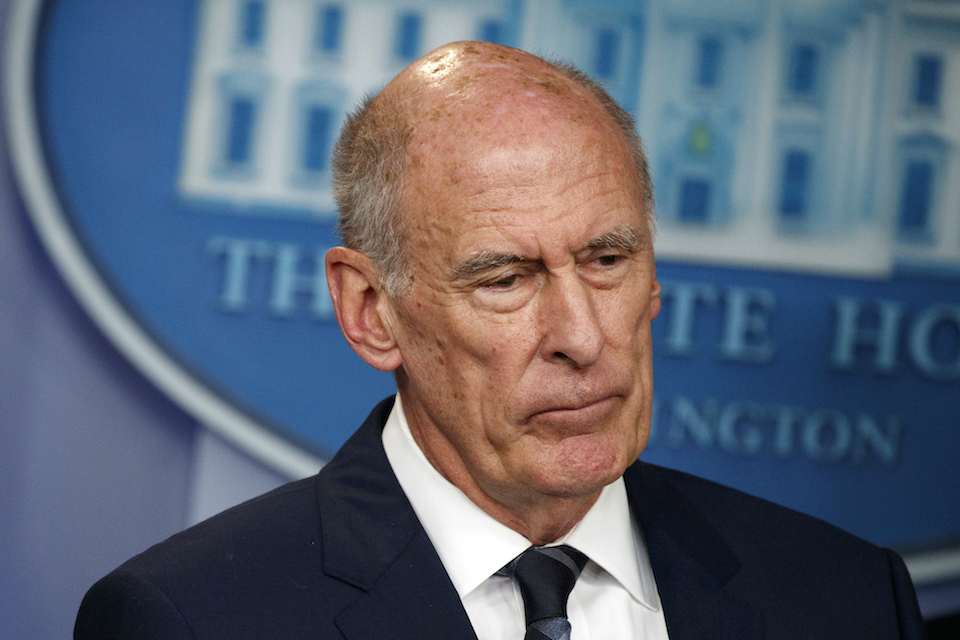 Trump announced Coats' departure on Aug. 15 in a tweet Sunday that thanked Coats for his service. He said he will nominate Rep. John Ratcliffe, R-Texas, to the post and that he will name an acting official in the coming days.

Coats often appeared out of step with Trump and disclosed to prosecutors how he was urged by the president to publicly deny any link between Russia and the Trump campaign.

The frayed relationship reflected broader divisions between the president and the government's intelligence agencies.

Trump had long been skeptical of the nation's intelligence community, which provoked his ire by concluding that Russia interfered in the 2016 presidential election with the goal of getting him elected.

A former Republican senator from Indiana, Coats was appointed director of National Intelligence in March 2017, becoming the fifth person to hold the post since it was created in the wake of the Sept. 11, 2001, attacks to oversee and coordinate the nation's 17 intelligence agencies.

Coats had been among the last of the seasoned foreign policy hands brought to surround the president after his 2016 victory, of whom the president steadily grew tired as he gained more personal confidence in Oval Office, officials said.

Coats developed a reputation inside the administration for sober presentations to the president of intelligence conclusions that occasionally contradicted Trump's policy aims.

His departure had been rumored for months, and intelligence officials had been expecting him to leave before the 2020 presidential campaign season reached its peak.