A Confederate Statue Graveyard Could Help Bury the Old South 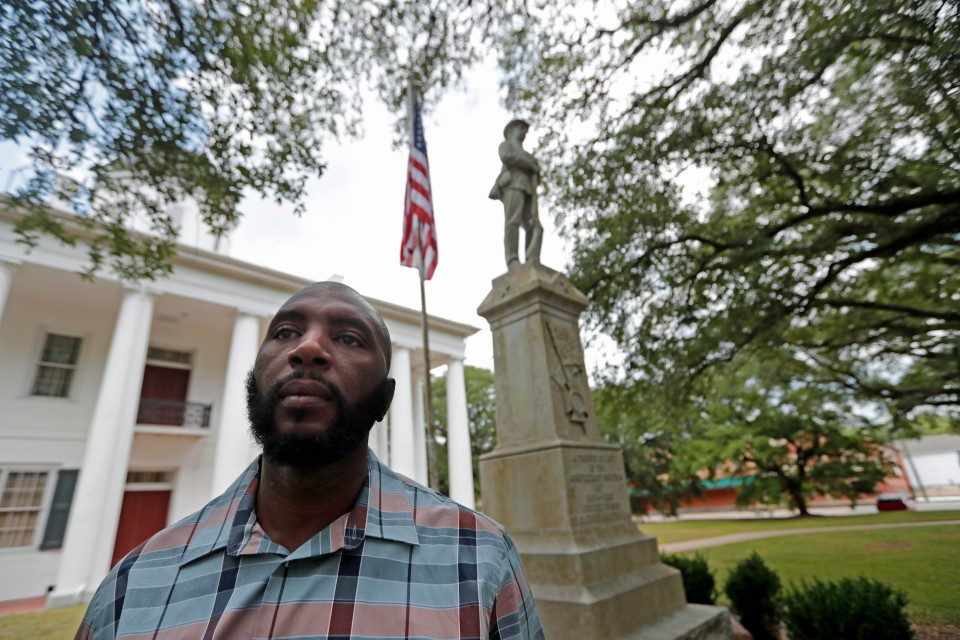 (THE CONVERSATION) An estimated 114 Confederate symbols have been removed from public view since 2015. In many cases, these cast-iron Robert E. Lees and Jefferson Davises were sent to storage.

If the aim of statue removal is to build a more racially just South, then, as many analysts have pointed out, putting these monuments in storage is a lost opportunity. Simply unseating Confederate statues from highly visible public spaces is just the first step in a much longer process of understanding, grieving and mending the wounds of America’s violent past. Merely hiding away the monuments does not necessarily change the structural racism that birthed them.

Studies show that the environment in which statues are displayed shapes how people understand their meaning. In that sense, relocating monuments, rather than eliminating them, can help people put this painful history into context.

For example, monuments to Confederate war heroes first appeared in cemeteries immediately following the Civil War. That likely evoked in visitors a direct and private honoring and grieving for the dead.

So what should we do with rejected Confederate monuments? We have a modest proposal: a Confederate statue graveyard.

Lessons From the Soviet Past

Our research as cultural geographers recognizes that Confederate monument controversies – while typically considered regional or national issues – are in fact part of global struggles to recognize and heal from the wounds of racism, white supremacy and anti-democratic regimes.

The idea of a Confederate monument graveyard is modeled after ways that the former communist bloc nations of Hungary, Lithuania and Estonia have dealt with statues of Soviet heroes like Joseph Stalin and Vladimir Lenin.

Despite these horrors, many countries have opted not to destroy or hide their Soviet-era monuments, but they haven’t left them to rule over city hall or public plazas, either.

Rather, governments in Eastern Europe have altered the meaning of these politically charged Soviet statues by relocating them. Dozens of Soviet statues across Hungary, Lithuania and Estonia have been pulled from their pedestals and placed in open-air parks, where interested visitors can reflect on their new significance.

The idea behind relocating monuments is to dethrone dominant historical narratives that, in their traditional places of power, are tacitly endorsed.

The Eastern European effort to create a new memorial landscape has been met with mixed public reaction.

In Hungary, some see it as a step in the right direction. But, in Lithuania, people have expressed that re-erecting the statues of known dictators is in “poor taste” – an affront to those who suffered under totalitarianism.

The relocation of Soviet statues in Estonia has taken an even more interesting turn.

For the past decade, the Estonian History Museum has been collecting former Soviet monuments with the intention of making an outdoor exhibition out of them. For years it kept a decapitated Lenin and a noseless Stalin, among other degraded Soviet relics, in a field next to the museum.

The statues weathered Eastern European winters and languished in a defunct, toppled state. Weeds grew over them. The elements took their toll.

Travel writer Michael Turtle, who visited the museum in 2015, called the field a “statue graveyard.”

“Everything here seems to fit into some kind of purgatorial limbo,” he wrote on his blog.

“Everything here seems to fit into some kind of purgatorial limbo,” he wrote on his blog. “The statues are not respected enough to be displayed as history but are culturally significant enough to not just be destroyed.”

To this we would add that these old statues, when repurposed thoughtfully and intentionally, have the potential to mend old wounds.

What if the United States created its own graveyard for the distasteful relics of its own racist past?

We envision a cemetery for the American South where removed Confederate statues would be displayed, perhaps, in a felled position – a visual condemnation of the white supremacy they fought to uphold. Already crumpled monuments, like the statue to “The Boys Who Wore Grey” that was forcefully removed from downtown Durham, North Carolina, might be placed in the Confederate statue graveyard in their defunct state.

One art critic has even suggested that old monuments be physically buried under tombstones with epitaphs written by the descendants of those they enslaved.

We are not the first to suggest relocating Confederate statues.

Democratic presidential candidate Elizabeth Warren, for example, has proposed that toppled Confederate statues be housed in a history museum – “where they belong.”

That has proven challenging for curators.

When The University of Texas moved a statue of the Confederate President Jefferson Davis from its pedestal on campus to a campus museum, some students criticized the ensuing exhibit’s “lack of focus on racism and slavery.” One suggested that the statue’s new setting inadvertently glorified Davis, given the inherent value conferred on objects in museums.

And since statues in museums are typically exhibited in their original, upright position, Confederate generals like Robert E. Lee still tower over visitors – maintaining an imposing sense of authority.

We believe felled and crumpled monuments, in contrast, would create a somber commemorative atmosphere that encourages visitors to grieve – without revering – their legacy. A carefully-planned and aesthetically sensitive Confederate monument graveyard could openly and purposefully undermine the power these monuments once held, acknowledging, dissecting and ultimately rejecting the Confederacy’s roots in slavery.

Answering these questions would not just be part of a conversation about steel and stone but about the serious pursuit of peace, justice and racial healing in the nation — and about putting the Old South to rest.