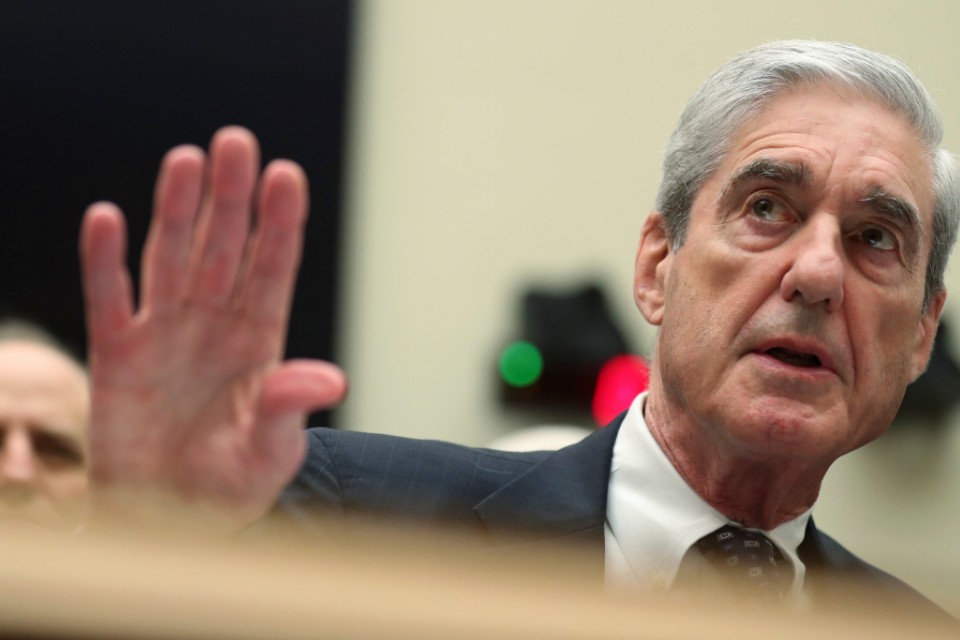 WASHINGTON (AP) — Seeking to discredit Robert Mueller — and make some campaign money from the effort — President Donald Trump falsely claimed exoneration Wednesday even as the former special counsel was testifying to Congress about his investigation.

A look at some of the statements inside and outside the congressional hearings:

TRUMP to his critics, in a fundraising letter from his 2020 campaign: "How many times do I have to be exonerated before they stop?"

THE FACTS: Trump has not been exonerated by Mueller at all. "No," Mueller said when asked at the hearing whether he had cleared the president of criminal wrongdoing in the investigation that looked into the 2016 Trump campaign's relations with Russians.

In his report, Mueller said his team declined to make a prosecutorial judgment on whether to charge Trump, partly because of a Justice Department legal opinion that said sitting presidents shouldn't be indicted.

As a result, his detailed report factually laid out instances in which Trump might have obstructed justice, leaving it up to Congress to take up the matter.

As well, he looked into a potential criminal conspiracy between Russia and the Trump campaign and said the investigation did not collect sufficient evidence to establish criminal charges on that front.

THE FACTS: Mueller's report is lawful. Nothing in Justice Department regulations governing special counsels forbids Mueller from saying what he did in the report.

It is true that the regulations provide for the special counsel to submit a "confidential report" to the attorney general explaining his decisions to recommend for or against a prosecution. But it was Attorney General William Barr who made the decision to make the report public, which is his right.

Special counsels have wide latitude, and are not directed to avoid writing about "potential crimes that weren't charged or decided," as Ratcliffe put it.

Mueller felt constrained from bringing charges because of the apparent restriction on indicting sitting presidents. But his report left open the possibility that Congress could use the information in an impeachment proceeding or that Trump could be charged after he leaves office.

The factual investigation was conducted "in order to preserve the evidence when memories were fresh and documentary materials were available," the report said.

In a tweet, Neal Katyal, who drafted the Justice Department regulations, wrote: "Ratcliffe dead wrong about the Special Counsel regs. I drafted them in 1999. They absolutely don't forbid the Mueller Report. And they recognize the need for a Report 'both for historical purposes and to enhance accountability.'"