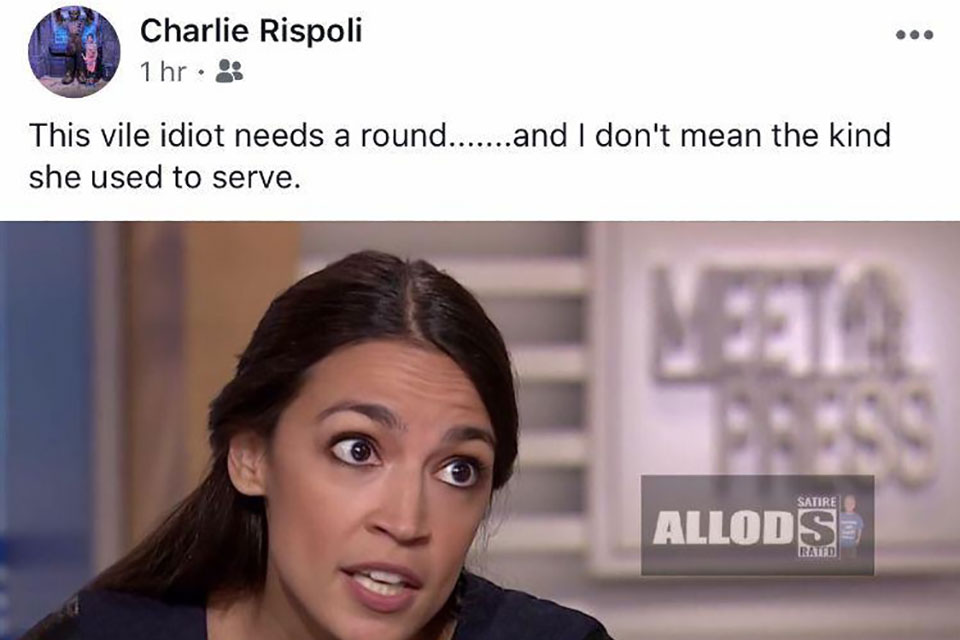 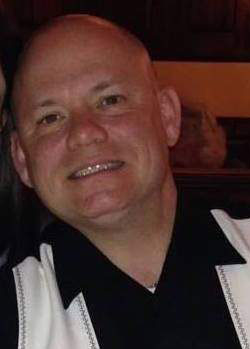 Officer Charlie RispoliGRETNA, La. (AP) — Two members of a police department in a New Orleans suburb were fired Monday — one for a Facebook post calling U.S. Rep. Alexandria Ocasio-Cortez a "vile idiot" and suggesting that she be shot, the other for "liking" the post.

Gretna Police Chief Arthur Lawson announced the terminations Monday. Officer Charlie Rispoli was fired for a post saying Ocasio-Cortez "needs a round" and not "the kind she used to serve" — an apparent reference to her having once been a bartender.

Officer Angelo Varisco was fired for "liking" the post.

"It's very disappointing," Lawson said, adding that the Gretna department trains officers on diversity issues and use of social media — and that officers were undergoing such training this month.

Lawson said an internal investigation began after he was informed of the post by The Times-Picayune/The New Orleans Advocate. The newspaper reported that Rispoli's post included a fake story with a fabricated quote to make it appear as if Ocasio-Cortez said "We pay soldiers too much." 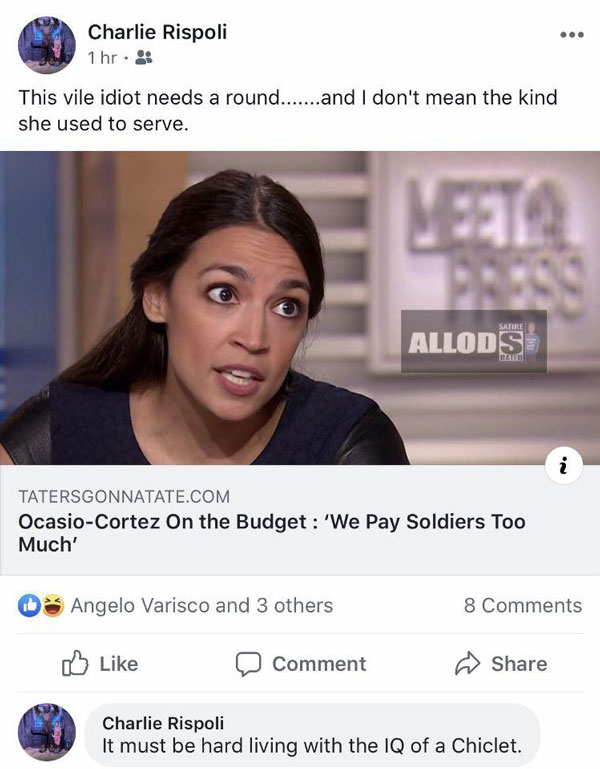 Lawson said both officers cooperated in the investigation and he does not believe either intended violence.

"Whether it was a joke or it wasn't a joke, it was improper to make a comment like that, to insinuate a violent act against an individual, against an elected official, against a seated U.S. congressman," Lawson said.

"We've seen this, we've experienced an act like this," he added, noting that Rep. Steve Scalise of Jefferson was shot and seriously wounded by a gunman in 2017 in Virginia while practicing for an annual congressional baseball game.