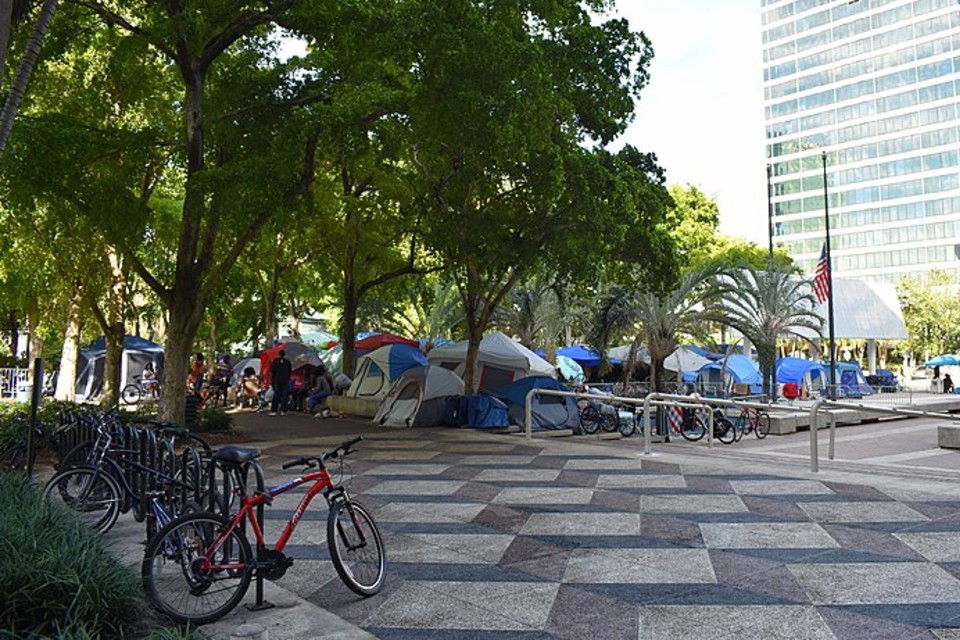 WEST PALM BEACH, Fla. (AP) — Officials in West Palm Beach are hoping a continuous loop of children's songs played throughout the night will keep homeless people from sleeping on the patio of a city-owned rental banquet facility.

West Palm Beach parks and recreation director Leah Rockwell tells the Palm Beach Post they're trying to discourage people from sleeping outside the glass-walled Waterfront Lake Pavilion, which she says rakes in some $240,000 annually from events.

The loop of "Baby Shark" and "Raining Tacos" is a temporary fix to keep homeless people off the patio. Rockwell says the city wants to formalize hours for the facility, which should make trespassing laws easier to enforce.

Illaya Champion tells the Post "it's wrong" to chase people away with music. He says he'll still sleep there, but "it's on and on, the same songs."