Apollo 11 at 50: Celebrating First Steps on Another World 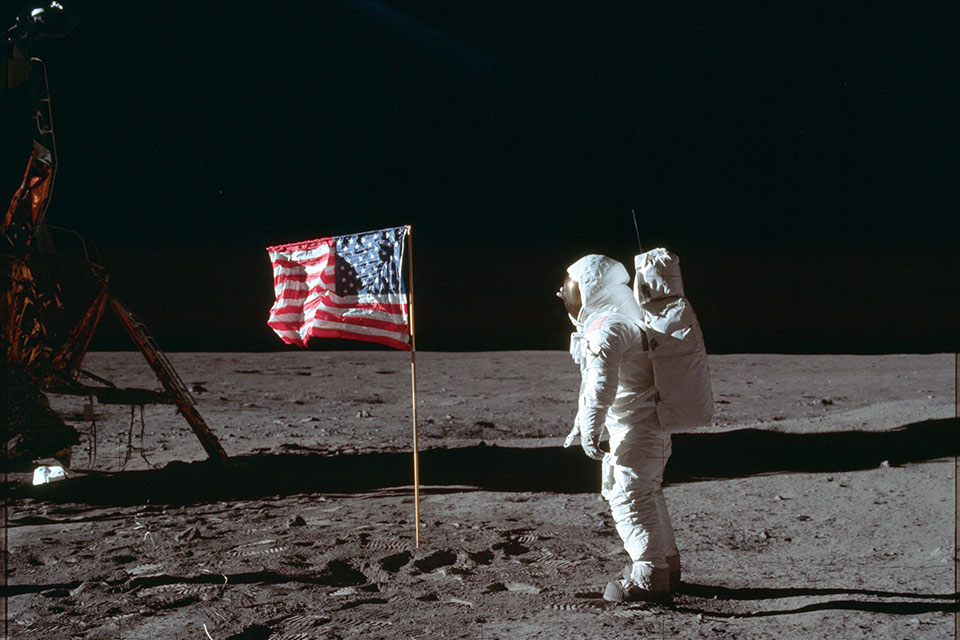 CAPE CANAVERAL, Fla. — A half-century ago, in the middle of a mean year of war, famine, violence in the streets and the widening of the generation gap, men from planet Earth stepped onto another world for the first time, uniting people around the globe in a way not seen before or since.

Hundreds of millions tuned in to radios or watched the grainy black-and-white images on TV as Apollo 11's Neil Armstrong and Buzz Aldrin set foot on the moon on July 20, 1969, in one of humanity's most glorious technological achievements.

Astronaut Michael Collins, who orbited the moon alone in the mother ship while Armstrong proclaimed for the ages, "That's one small step for man, one giant leap for mankind," was struck by the banding together of Earth's inhabitants.

"People Everywhere Around the Planet Applauded"

"It was a wonderful achievement in the sense that people everywhere around the planet applauded it: north, south, east, west, rich, poor, Communist, whatever," Collins, now 88, told The Associated Press in a recent interview. 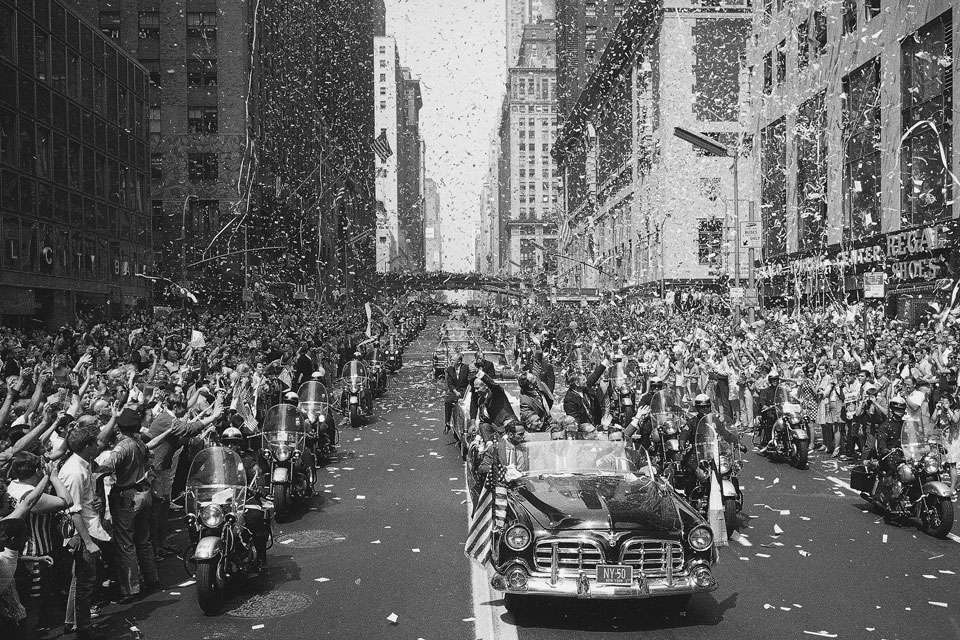 In this Aug. 13, 1969 file photo, people line 42nd Street in New York to cheer Apollo 11 astronauts, in lead car from left, Buzz Aldrin, Michael Collins and Neil Armstrong, traveling east on 42nd street, towards the United Nations. (AP Photo/File)For the golden anniversary, NASA, towns, museums and other institutions are holding ceremonies, parades and parties, including the simultaneous launch of 5,000 model rockets outside the installation in Huntsville, Alabama, where the behemoth Saturn V moon rockets were born. Apollo 11K and Saturn 5K runs are "go" at NASA's Kennedy Space Center.

Armstrong, who expertly steered the lunar module Eagle to a smooth landing with just seconds of fuel left, died in 2012 at 82. Aldrin, 89, who followed him onto the gray, dusty surface, was embroiled recently in a now-dropped legal dispute in which two of his children tried to have him declared mentally incompetent. He has kept an uncharacteristically low profile in the run-up to the anniversary.

At the time, the Soviets were beating America at every turn in the space race, with the first satellite, Sputnik, and the first spaceman, Yuri Gagarin.

"We were in the rocket business, so we were doing some weird and wonderful things back in those days. But, yes, it was an unbelievable announcement at that time," he said.

NASA's Project Mercury gave way to the two-man Gemini flights, then the three-man Apollo program, dealt a devastating setback when three astronauts were killed in a fire during a 1967 test on the launch pad. The pace was relentless amid fears the Soviets would get to the moon first.

Launch day — Wednesday, July 16, 1969 — dawned with an estimated 1 million people lining the sweltering beaches and roads of what had been renamed Cape Kennedy in memory of the slain president.

At 9:32 a.m. EDT, the 363-foot Saturn V rocket roared off Pad 39A, its astronauts hurtling toward their destination and destiny 240,000 miles (386,000 kilometers) away. The command module, Columbia, and the attached lunar module reached the moon three days later. The next day, July 20, Armstrong and Aldrin descended to the surface in the lunar module.

Collins wasn't overly concerned about Armstrong and Aldrin getting down to the moon. Rather, he worried about them getting off the moon and back to the mother ship. He kept his fears to himself.

With minutes remaining to touchdown, the Eagle was rattled by one computer alarm then another. Caution lights flashed. But flight controllers had rehearsed that very scenario right before the flight, and the mission pressed on.

Then a boulder-strewn crater appeared at the target landing site, and Armstrong had to keep flying, looking for somewhere safe to put down.

"You got a bunch of guys about to turn blue. We're breathing again," Mission Control radioed back.

Working in one-sixth Earth's gravity, they gathered rocks, set up experiments and planted an American flag stiffened with wires to make it look as if it were waving in the windless vacuum.

Five more missions would take men to the surface of the moon — Apollo 13 had to be aborted because of an explosion — before Project Apollo came to a premature end, the last three flights on the schedule scrapped.

"The Vietnam War, civil strife, racial strife, all kinds of stuff going on that was bad, which I wasn't paying much attention to because I was working so hard in the space world. The Cold War and all of that," said JoAnn Morgan, Apollo 11's lone female launch controller. "It was such a demonstration of the power and the passion of our country."

Follow AP's full coverage of the Apollo 11 anniversary at: https://apnews.com/Apollo11moonlanding