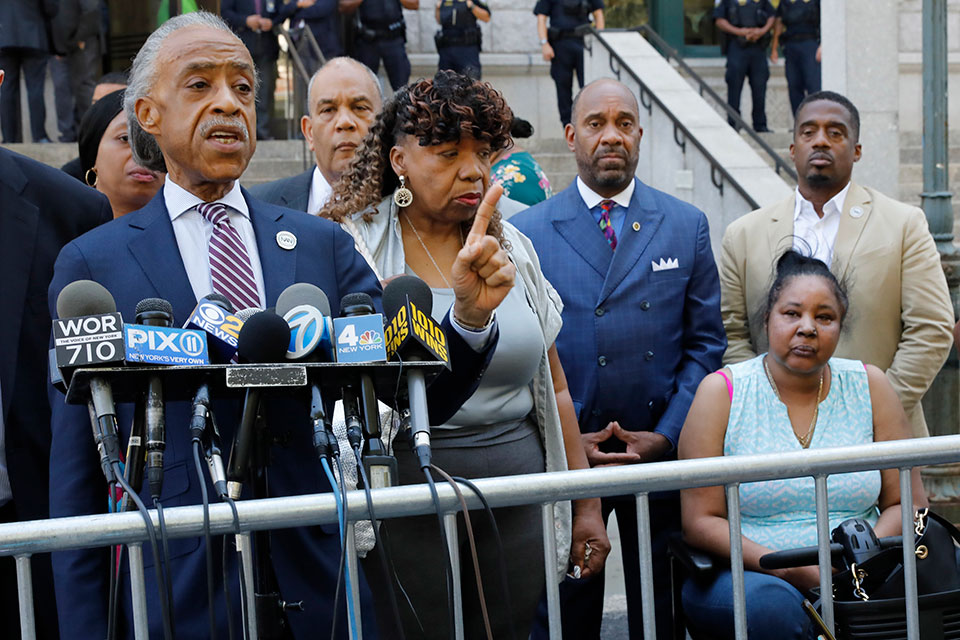 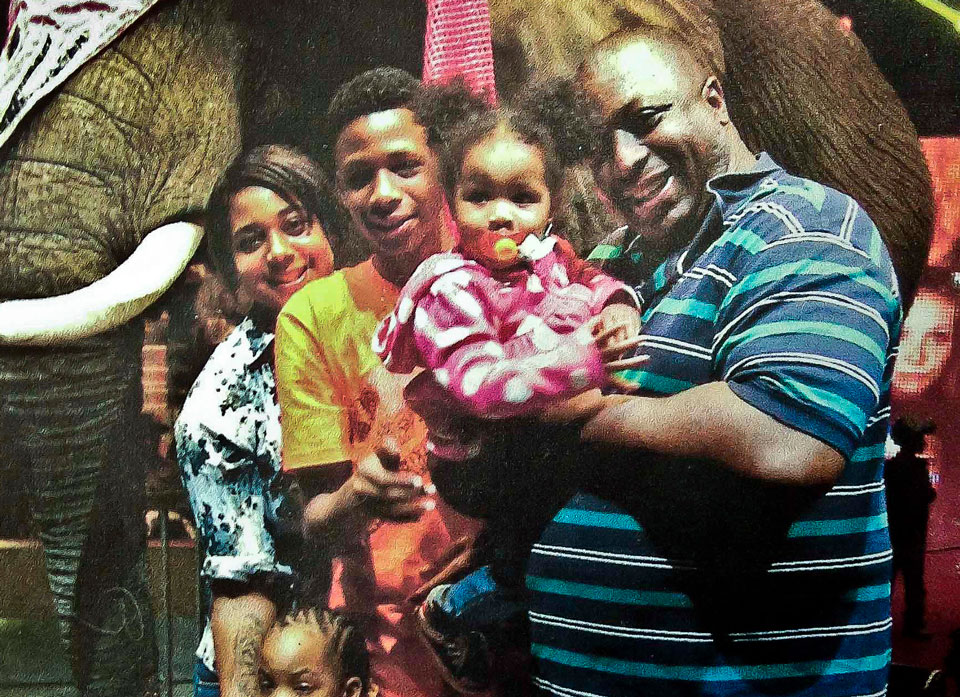 In this undated family file photo provided by the National Action Network, Eric Garner, right, poses with his children during a family outing. Federal prosecutors won't bring civil rights charges against New York City police officer Daniel Pantaleo in the 2014 chokehold death of Eric Garner, a person familiar with the matter said Tuesday, July 16, 2019. The decision not to bring charges against Pantaleo comes a day before the statute of limitations was set to expire, on the fifth anniversary of the encounter that led to Garner's death. (AP Photo/Family photo via National Action Network, File)NEW YORK (AP) — Federal prosecutors said Tuesday that they won't bring criminal charges against a White New York City police officer in the 2014 chokehold death of Eric Garner, a Black man whose dying words — "I can't breathe" — became a rallying cry as the nation confronted a long history of police brutality.

The decision to end a yearslong civil rights investigation was made by Attorney General William Barr and was announced the day before the five-year anniversary of the deadly encounter, just as the statute of limitations was set to expire.

Barr disregarded a recommendation by civil rights prosecutors in Washington who favored filing criminal charges against Officer Daniel Pantaleo, siding instead with prosecutors in Brooklyn who said the evidence wasn't sufficient to make a case, a Justice Department official told The Associated Press.

U.S. Attorney Richard Donoghue, of the Eastern District of New York, said in a news conference that while the death was tragic, there was insufficient evidence to prove that Pantaleo or any other officers willfully violated Garner's civil rights.

Garner's mother, Gwen Carr, and the Rev. Al Sharpton said they were outraged and heartbroken. Sharpton called for the NYPD to fire Pantaleo, who's been on desk duty since Garner's death and is awaiting the results of a disciplinary hearing that could lead to termination.

"We are here with heavy hearts, because the DOJ has failed us," said Carr, who has become a vocal advocate of police reform in the years since her son's death.

A senior Justice Department official told the AP that prosecutors watched video of the confrontation "countless" times but weren't convinced Pantaleo acted willfully in the seconds after the chokehold was applied.

Recommendations Before the Decision

Two sets of recommendations were made. The U.S. Attorney's Office for the Eastern District of New York, which includes Staten Island, recommended no charges. Justice Department civil rights prosecutors in Washington recommended charging the officer. Barr made the ultimate decision, the official said. The official said Barr watched the video himself and got several briefings.

The official spoke on condition of anonymity in order to discuss internal deliberations and investigative matters.

Donoghue announced the decision not to charge Pantaleo after meeting with Garner's family. At a news conference, he said he expressed his and Barr's condolences. He said Garner's death is a tragedy and that "for anyone to die under circumstances like these is a tremendous loss."

The head of Pantaleo's union said Garner's death was an "undeniable tragedy," but that the officer did not cause it.

"Scapegoating a good and honorable officer, who was doing his job in the manner he was taught, will not heal the wounds this case has caused for our entire city," said Pat Lynch, president of the Police Benevolent Association.

The Attempted Arrest of Eric Garner

Officers were attempting to arrest Garner on charges he sold loose, untaxed cigarettes outside a Staten Island convenience store. He refused to be handcuffed, and officers took him down.

Garner is heard on bystander video crying out "I can't breathe" at least 11 times before he falls unconscious. He later died.

A state grand jury had also refused to indict the officer on criminal charges.

In the years since Garner's death, the New York Police Department made a series of sweeping changes on how it relates to the communities it serves, ditching a policy of putting rookie cops in higher-crime precincts in favor of a neighborhood policing model that revolves around community officers tasked with getting to know New Yorkers.

Mayor Bill de Blasio, who is running for president in part on the notion he helped improve police-community relations, said in a statement that the city is not the same as it was five years ago.

"Reforms over the last five years have improved relations between our police and our communities," he said, adding crime was at record lows and 150,000 fewer people were arrested last year than the year before we came into office.

But some activists, including Garner's family and the relatives of others killed by police, have argued the changes weren't enough.

De Blasio also said it was a mistake to wait for federal prosecutors to finish investigating the death of Garner before beginning disciplinary proceedings. But there is no rule requiring the NYPD to do so.

Police reform advocates said the decision was upsetting but to be expected. Joo Hyun-Kang, the director of Communities for Police Reform, said it was "outrageous but not shocking."

"As a Black man in America I have no expectation that we will receive justice in court without radical change in this country," said Newsome, who is planning a Tuesday night rally in Harlem and a nationwide civil disobedience campaign.

But the medical examiner's office said a chokehold contributed to Garner's death.

The NYPD brought Pantaleo up on departmental charges earlier this year. Federal prosecutors were observing the proceedings. An administrative judge has not ruled whether he violated policy. He could face dismissal, but Police Commissioner James O'Neill has the final say.

In the years since the Garner death, Pantaleo has remained on the job but not in the field, and activists have decried his paycheck that included union-negotiated raises.

A de Blasio spokeswoman said the police commissioner is expected to decide by Aug. 31 whether Pantaleo will be fired. The police department says the decision won't affect its internal disciplinary process.