Florida Felons Voting Rights to be Decided in Court 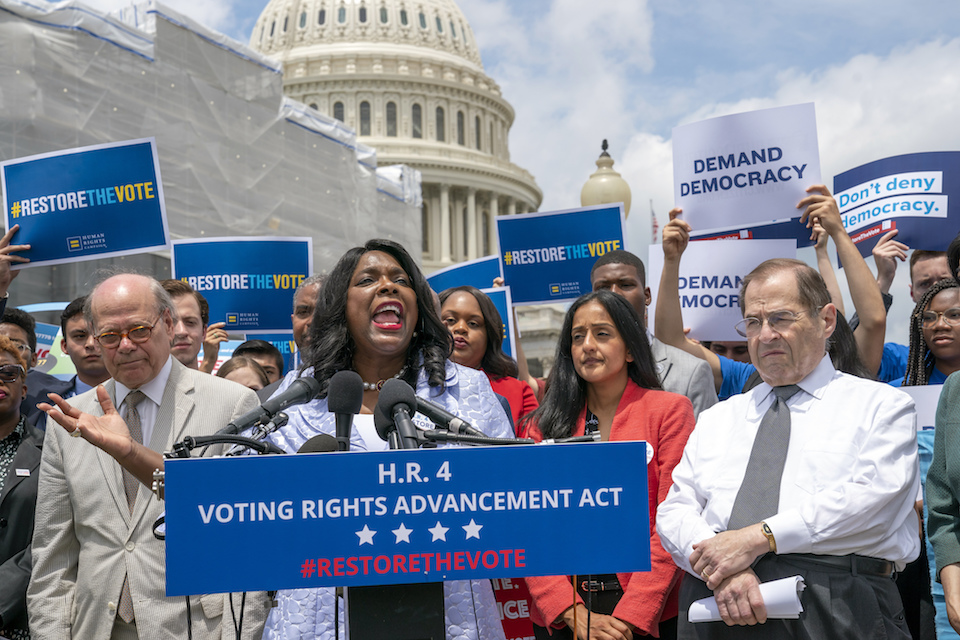 Floridians voted last fall to amend their state constitution to restore voting rights to people convicted of most felonies once they've completed their sentences. It was the single largest expansion of voting rights in the United States since the 26th Amendment lowered the voting age to 18 in 1971.

In response, the Legislature passed a bill to limit the amendment’s reach. Gov. Ron DeSantis signed the bill today, prompting immediate legal action by the groups.

The lawsuit was brought on behalf of 10 individuals, the Florida State Conference of the NAACP, the Orange County Branch of the NAACP, and the League of Women Voters of Florida.

“Over a million Floridians were supposed to reclaim their place in the democratic process, but some politicians clearly feel threatened by greater voter participation.

"They cannot legally affix a price tag to someone's right to vote,” said Julie Ebenstein, senior staff attorney with the ACLU’s Voting Rights Project, which along with the ACLU’s Racial Justice Program is challenging the law.

New law "thwarts the will" of 4M voters

The new law punishes people based on their wealth by forcing those convicted of felonies to repay all fines, fees, and other monetary penalties associated with their convictions, or face disenfranchisement.

People often owe significant debt that they simply cannot pay after they complete their sentence — debt that the new law seeks to raise as a barrier to Amendment 4’s restoration of the right to vote.

“Over 5 million Floridians cast their ballot in favor of Amendment 4, which removed a 150-year Jim Crow vestige that permanently disenfranchised people with felony convictions from voting,” said Leah Aden, deputy director of litigation at the NAACP Legal Defense and Educational Fund.

“Simply put, SB 7066 thwarts the will of these voters by basing voter restoration on the ability to pay financial obligations. This law will disproportionately impact black Floridians with a felony conviction, who face the intersecting barriers of accessing jobs in a state with long-standing wealth and employment disparities.

Because the Florida Legislature ignored these well-understood realities, SB 7066 must be stopped.”

The lawsuit cites violations of the First, 14th, and 15th Amendments; the constitutional prohibition on poll taxes; and the ex post facto clause of the U.S. Constitution.

“The ability to vote should not be based on the size of one’s bank account,” said Daniel Tilley, legal director of the ACLU of Florida.

“Floridians took it upon themselves to rid Florida of its Jim Crow past after state lawmakers refused to do anything about the state’s broken enfranchisement system for decades.

"Now, state lawmakers have chosen to return to Florida’s Jim Crow past by undermining Amendment 4 and conditioning the right to vote that was restored to 1.4 million Floridians on the ability to pay.

The lawsuit, Gruver v. Barton, was filed in federal court in the Northern District of Florida.

“Our research shows that the people who have registered to vote under Amendment 4 are disproportionately black and low-income.

There can be no mistaking the racial and class implications of this regressive new legislation,” said Myrna Pérez, director of the Brennan Center’s Voting Rights and Elections Program.

“Florida legislators are trying to do an end run around the unmistakable message that Florida voters delivered at the ballot box in November.

"This legislation flies in the face of what Floridians voted for and those politicians know it.”