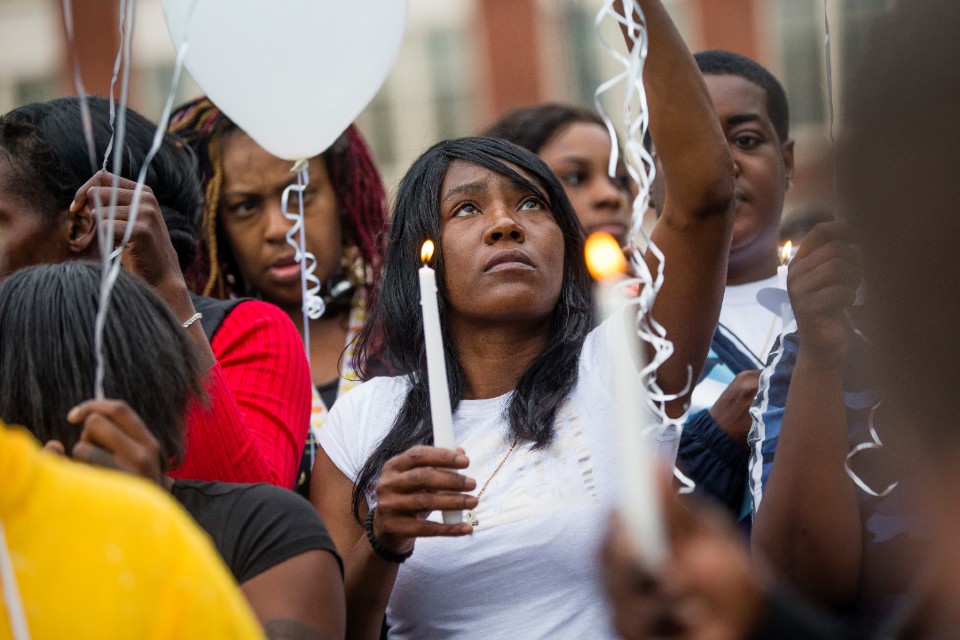 INDIANAPOLIS (AP) — South Bend, Indiana, Mayor Pete Buttigieg pulled himself off the presidential campaign trail Monday after the fatal shooting of a Black man by a White police officer in his hometown forced him to confront issues of race and policing.

The Democrat canceled several days of campaign events after returning to South Bend, where he spent the day meeting with community members and faith leaders following the shooting of 54-year-old Eric Jack Logan early Sunday.

Sgt. Ryan O'Neill had been responding to a call about a suspicious person going through vehicles when he spotted Logan leaning inside a car, St. Joseph County Prosecutor Ken Cotter said. When confronted, Logan approached the officer with a 6- to 8-inch knife raised over his head, Cotter said. That's when O'Neill fired twice, with the other shot hitting a car door, Cotter said.

The shooting presents both political peril for a candidate who's struggled to connect with minority voters and an opportunity to show leadership on issues of race and policing that are critical — and personal — for much of the Democratic primary electorate.

Buttigieg has transformed from a relatively obscure 37-year-old mayor to a top-tier candidate in a crowded Democratic presidential field. His handling of the shooting could also test his ability to navigate the demands of the campaign trail while still performing his day job.

"I did consider it important to be here to have these conversations," Buttigieg said in South Bend on Sunday after cutting short a campaign trip. "I know that whenever an incident like this happens, there is tremendous hurt that can come about. That the city will be hurting."

Asked by a reporter how the shooting might affect his presidential bid, Buttigieg declined to answer, saying, "Right now I'm here as mayor."

A Tense Relationship With the Black Community

The White mayor has had a sometimes-tense relationship with the Black community dating back to his first term in office, when he fired the city's first Black police chief. He has also faced criticism for his handling of police misconduct cases, including a case involving an officer who was twice disciplined for civil rights violations but not fired, and for not having a police department that reflects South Bend's diversity. Roughly 40% of the city's residents are Black or Hispanic; the department is almost 90% White.

Buttigieg said Sunday that he was sometimes hesitant to speak publicly after shootings involving police earlier in his time as mayor and that he heard from the Black community that he needed to be more open and transparent.

"One of the reasons we're communicating up front right now is because of lessons learned from members of the community," he said.

One of the reasons we're communicating up front right now is because of lessons learned from members of the community.

Logan's wife, Shafonia Logan, told reporters after meeting with the police chief Sunday night that she had many questions about what happened to her husband of 13 years. She said her husband called her early Sunday asking her to pick him up, as he was out with friends, but she was in bed, and he replied that he would walk to his mother's house a few minutes away.

"I don't know what happened or what they say — he was breaking into a car?" she said. "Was that justified for him to shoot and kill him about breaking in a car?"

I don't know what happened or what they say — he was breaking into a car?

Shafonia Logan said that she never knew her husband to carry a knife or a gun and that he was afraid of police officers. She also questioned why her husband was taken to a hospital in a police car rather than in an ambulance.

She said her husband had five children from other relationships.

Logan was released from prison in June 2018 after serving a sentence for a 2009 St. Joseph County conviction on three felony counts of dealing cocaine or narcotics, according to Indiana Department of Correction records. He had other convictions since 1988 on drug possession and handgun violation charges.

Cotter said no police video exists of the confrontation as the officer's dash and body cameras weren't automatically activated because he was driving slowly without his emergency lights on while looking through a parking lot.

DeRay McKesson, who began protesting the police killings of Black men in 2014 in Ferguson, Missouri, and has advocated for reforms addressing policing and communities of color, also said there are many questions left to be answered. He said that Buttigieg made the right choice to leave the campaign trail.

"We will all be watching to see how Buttigieg deals with this latest case of a police officer killing a citizen," McKesson said. "He is still the mayor of South Bend. In leaving the campaign trail to be the leader he was elected to be, we will get perhaps the best glimpse into how he makes decisions under public pressure."

Buttigieg initially canceled Monday campaign events in New York, then later canceled a Tuesday trip to California, where he had a series of fundraisers scheduled, including one at the home of director and producer Ryan Murphy and his husband.

The candidate has proved to be a fundraising juggernaut, raising more than $7 million in April alone, according to a person close to the campaign who spoke on condition of anonymity to discuss financial details.