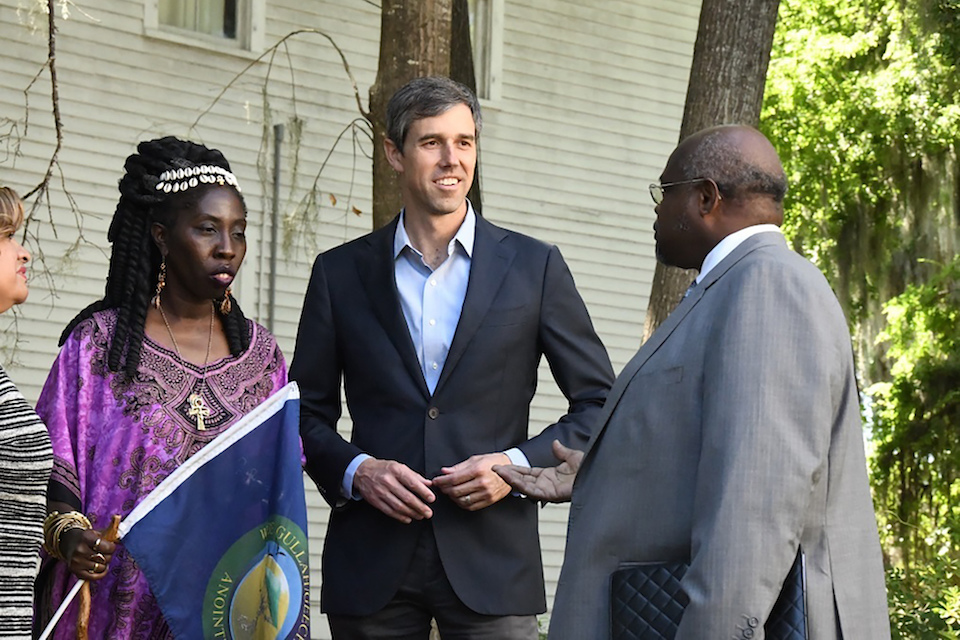 Charleston, S.C. (AP) — Beto O'Rourke took a path somewhat less traveled on Friday, meeting with a small group representing a community of slave descendants in South Carolina as he strives to make connections with the black voters who will play a dominant role in next year's Southern presidential primaries.

In a Baptist church in Beaufort, the Democratic presidential candidate and former Texas congressman met with leaders of the Gullah/Geechee Nation, a culture of coastal slave descendants whose separation from the mainland allowed them to retain much of their African heritage, including a unique dialect and skills such as cast-net fishing and basket weaving.

O'Rourke, addressing questions on topics including health care, housing affordability and education, acknowledged what he identified as his own struggle with not knowing enough about the history of slavery in the United States and its ongoing ramifications.

"White Americans do not know this story," O'Rourke said, noting that until a tour of the church's grounds, he hadn't known anti-slavery activist Harriet Tubman had lived in the area.

O'Rourke has addressed issues concerning white privilege before, telling a crowd at a historically black college in South Carolina earlier this year that he might not know their struggles but wanted to try to help them.

In Iowa, he said he didn't think being a white man in a historically diverse field of candidates put him at a disadvantage because his sex and race have given him inherent advantages for years.

On Friday, asked if he supported reparations, O'Rourke said that he did, though he still supports the creation of a commission to further study the issue and how to ameliorate it.

"The answer is yes. We must repair this country from its very founding, kidnapping peoples from West Africa, bringing them here in bondage to literally build the wealth of the United States," he said.

"The path there, though, has to come through learning and telling this American story with everyone. Then, I think, we define what reparations look like."

The stop was the first of 10 events O'Rourke has planned in the state over the next three days, centered around an appearance at a forum in Charleston on Saturday sponsored by the Black Economic Alliance.

Pete Buttigieg, mayor of South Bend, Indiana, and Sens. Cory Booker and Elizabeth Warren are also slated to speak at the event in the state that's home to the first Southern primary and where most of the Democratic primary electorate is nonwhite.

Meg Kinnard can be reached at http://twitter.com/MegKinnardAP