Report: Blacks, Latinos at Risk of Undercount in 2020 Census 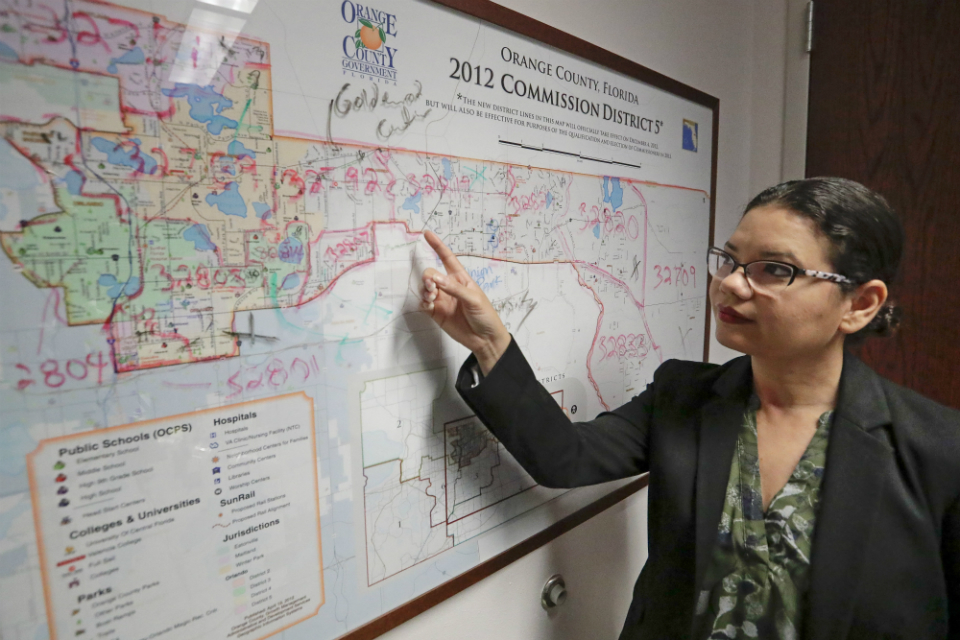 ORLANDO, Fla. (AP) — Emily Bonilla is worried her district in metro Orlando will be undercounted during next spring's once-in-a-decade head count of everybody in the United States because of who lives there: new arrivals, immigrants, the poor, renters and rural residents who sometimes regard government with suspicion.

"We're growing so fast that I know we have more people in the area than the data is stating. This area already is undercounted," said Bonilla, a county commissioner in one of the fastest-growing metro areas in the U.S.

With the 2020 census count less than a year away, a new report says undercounting certain populations will be likely, despite the best efforts of the U.S. Census Bureau, nonprofits and state and local officials to encourage participation.

Nationwide, the decennial census could fail to count anywhere from 900,000 to 4 million people, with Blacks, Hispanics and children younger than 5 most vulnerable to being overlooked, according to estimates released Tuesday by the Urban Institute.

Florida, California, Georgia, New York, Nevada, Texas and New Mexico have the highest risk for undercounting, according to the Urban Institute, a think tank that conducts social and economic research.

Undercounting could diminish power and money in those areas for the next decade. The 2020 census determines the allocation of more than $675 billion in federal spending on schools, transportation and health care, as well which states gain or lose U.S. congressional seats.

A child at age 3, if they're missed, these decisions matter for the next 10 years.

"A child at age 3, if they're missed, these decisions matter for the next 10 years. That child is then 13 and their school has missed out on their fair share of funding because of that miscount," said Diana Elliott, a senior research associate at the Urban Institute.

The Urban Institute report said that even if the 2020 census count has the same participation rate as the 2010 count, which was considered successful, communities across the country could still be undercounted because the United States has grown more diverse in the past decade and has more renters.

A Question About Citizenship

Also increasing the risk are budget shortfalls that limited tests for the count and the fact that the Census Bureau for the first time is encouraging residents to answer questions online. Adding a question about citizenship could further dampen the response among some populations.

The U.S. Supreme Court is expected to rule later this month on whether the form will have a question about whether respondents are citizens. The U.S. Justice Department claims it's needed to protect the voting rights of minorities who are citizens, but opponents say it will suppress the count of immigrants who fear law enforcement will get the information. States with large Hispanic populations also will be undercounted, opponents say.

Hard-to-count populations are less likely to respond via the Internet than groups that have been overcounted in the past, such as homeowners and Whites, according to the Urban Institute report. Previous studies "suggest that while the Internet-first approach will be efficient and save costs to the Census Bureau, it won't necessarily find those people who are hard to count," Elliott said.

Wealthy populations may be overcounted because some families own a second home and could be counted twice, according to the Urban Institute and other research groups that study the census count.

In Orlando, Bonilla, the county commissioner, said all the residents in her district need to be represented correctly because so much is at stake.

"We need the data to be accurate and as up-to-date as possible, and we can only do that if everybody is counted," Bonilla said.