Some Women of Color Frustrated by Biden's Presidential Bid 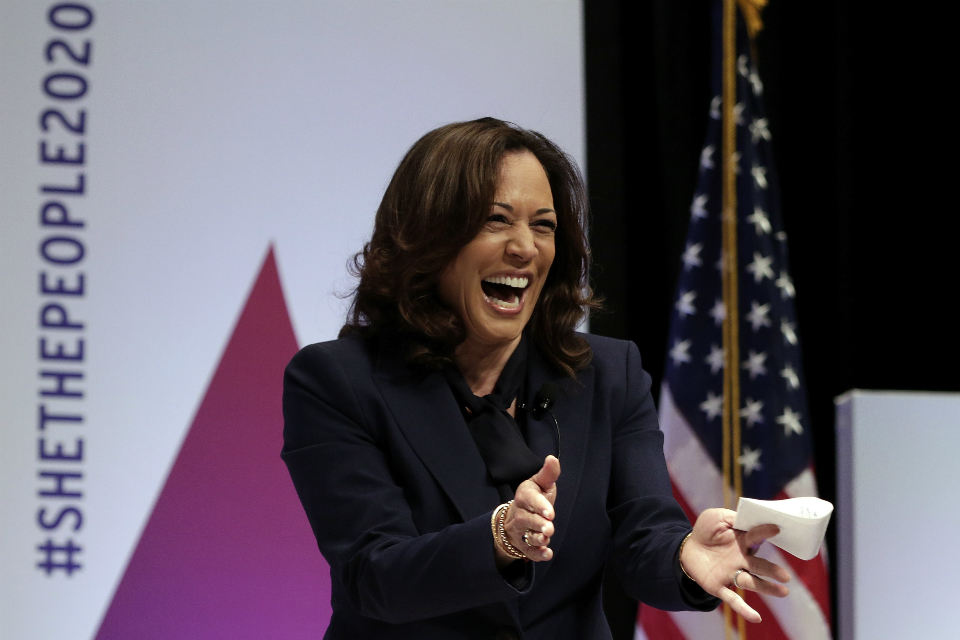 HOUSTON (AP) — Former Vice President Joe Biden's decision to enter the Democratic presidential race is causing consternation among some Democrats, particularly women of color, who have been hoping for a nominee who better reflects the nation's diversity.

At the She the People forum, billed as the first presidential forum focused on women of color, Roxy D. Hall Williamson's shoulders slumped at the mention of Biden, who made his campaign announcement on Thursday.

"I know that we have been cultured to feel that only the White man can save us," the LaMarque, Texas, organizer said Wednesday. "I just don't feel like Biden is our answer."

Biden's candidacy is likely to reshape the Democratic race, which has put the party's diversity on display. The group of eight 2020 hopefuls who spoke at the forum was comprised of one Black man, one Black woman, three other women, a Latino man and two White men, all making the case for why they should be the nominee.

Black female voters will play a critical role in the Democratic Party's attempt to defeat President Donald Trump in 2020. An inability to earn their support in past cycles has spelled political peril for Democratic candidates. For his part, Biden has maintained strong ties to the African American community over the decades.

LaTosha Brown, the co-founder of Black Voters Matter, said she was initially eager for Biden to enter the race but now sees "strong alternatives" to him.

"I'm over White men running the country," Brown said. "I don't know if him getting in changes the field.

He has name recognition, but his strength is also his weakness. Who is his announcing going to surprise?"

She added: "To ignite the kind of base that needs to be ignited to beat Trump, I'm not sure he moves them."

In interviews, Black women repeatedly pointed to a singular issue plaguing Biden's candidacy: his handling of the 1991 Supreme Court confirmation hearing of Clarence Thomas and the Senate Judiciary Committee's treatment of Anita Hill, a Black professor who faced a panel of White male lawmakers about her sexual harassment allegations against Thomas. Biden, then a U.S. senator from Delaware, was the committee's chairman,

Williamson said that she was "still salty" about the role Biden played in the hearing and that "it wasn't OK then and it's not OK now."

Adoneca Fortier, 55, said that she hoped that Biden would more fully address his role in the hearings, perhaps by extending a personal apology to Hill.

"If there is an apology, I think it would be genuine because I think he realizes what's happening now," Fortier said, adding that she hoped Biden would choose a woman of color as his running mate.

Cherisse Scott, 44, of Memphis, said the issue is "bigger than Anita Hill."

"Though we supported President Obama, I think we still wanted to see more happening on behalf of Black and brown communities, specifically Black communities," Scott said. "I think Joe Biden's great. I think Joe Biden was a hell of a vice president. But I wouldn't vote for him for president."

Cynthia Dismuke, 53, of Houston, is undecided on a candidate in 2020 but finds Biden's openness to a female running mate attractive. Nevertheless, she was one of many women at the event who came away impressed with Warren, saying, "She's not making promises. She has a plan."

"I don't necessarily want another White male ticket," Dismuke said. "I want to see who's going to get Trump out of office."

Leah Daughtry, CEO of the 2016 Democratic National Convention, said Wednesday's forum was a testament to the strength of Black women at the polls.

"We show up and we make the difference in any election," said Daughtry, the forum's honorary co-chair. "We aren't interested in the flash. We want to know: What are you going to do? What are your policies that are going to impact our lives?"