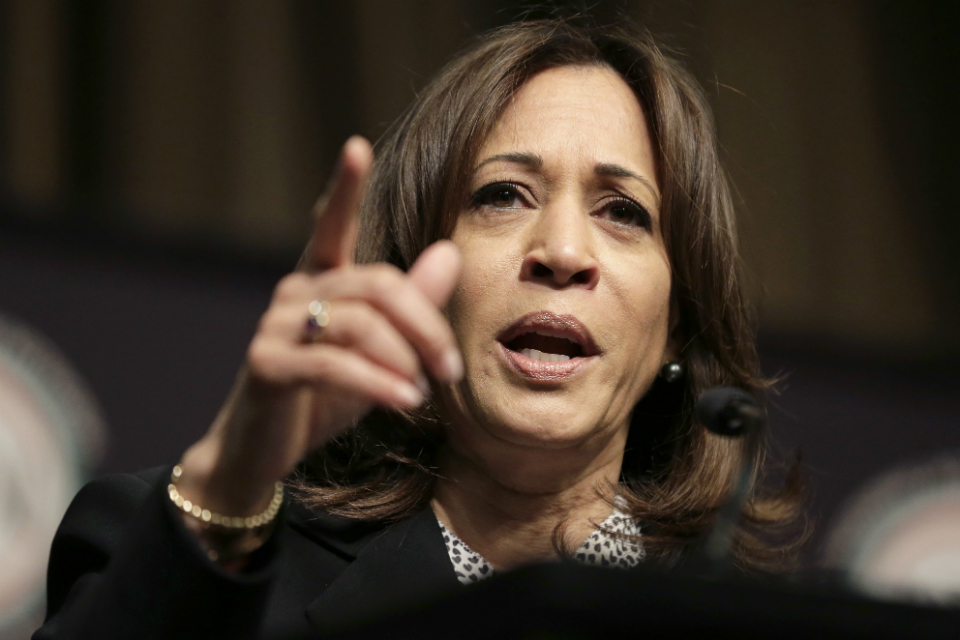 Speaking at the National Action Network's conference in New York, California Sen. Kamala Harris pledged to double the size of the Justice Department's civil rights division and to sign legislation creating a commission to study reparations to African Americans hurt by slavery. Vermont Sen. Bernie Sanders also said he would sign that reparations bill, even as he emphasized the importance of a broader anti-poverty policy.

"We know that they are using the Department of Justice in a way that is about politics and not about pursuit of equality," Harris, one of two black candidates for the party's nomination, told the receptive audience.

Earlier on Friday, she told a radio interviewer she would be open to choosing a woman as her running mate if she wins the nomination to take on President Donald Trump.

Sanders, who fell short in his 2016 presidential bid but is a front-runner in 2020, elated the crowd by jabbing at President Donald Trump as "a racist, sexist, a homophobe, a xenophobe and a religious bigot." He had previously questioned the lack of specifics in the reparations debate, calling for a detailed focus on economic recovery for low-income African American communities, but said Friday that he would "of course" sign a study bill on the issue.

Massachusetts Sen. Elizabeth Warren used her speech to escalate her call for Democrats to end the 60-vote requirement for many major bills to clear the Senate if her party wins the White House and Republicans try to block their agenda. Warren outlined the history of the Senate filibuster's use "as a tool to block progress on racial justice," adding that Democrats should "be bold and clear" if they take back the presidency.

Invoking Republican obstruction of former President Barack Obama's agenda, Warren said that if Republicans place "small-minded partisanship ahead of solving the massive problems facing this country, then we should get rid of the filibuster."

More than a half-dozen White House hopefuls have spoken at the conference to spotlight their records on remedying economic and social inequities that have impeded African American communities. Among the other Democratic presidential contenders slated to address the group later Friday at its annual convention are Sens. Kirsten Gillibrand of New York, Amy Klobuchar of Minnesota and Cory Booker of New Jersey.

Former Colorado Gov. John Hickenlooper used his speech to the group to outline his record on policing, suggesting that the nation "shutter some prisons altogether."

The Rev. Al Sharpton, who is leading the convention, told attendees that the day was about "mainstreaming the racial divide in America" as well as "changing the conversation, so we're all included."