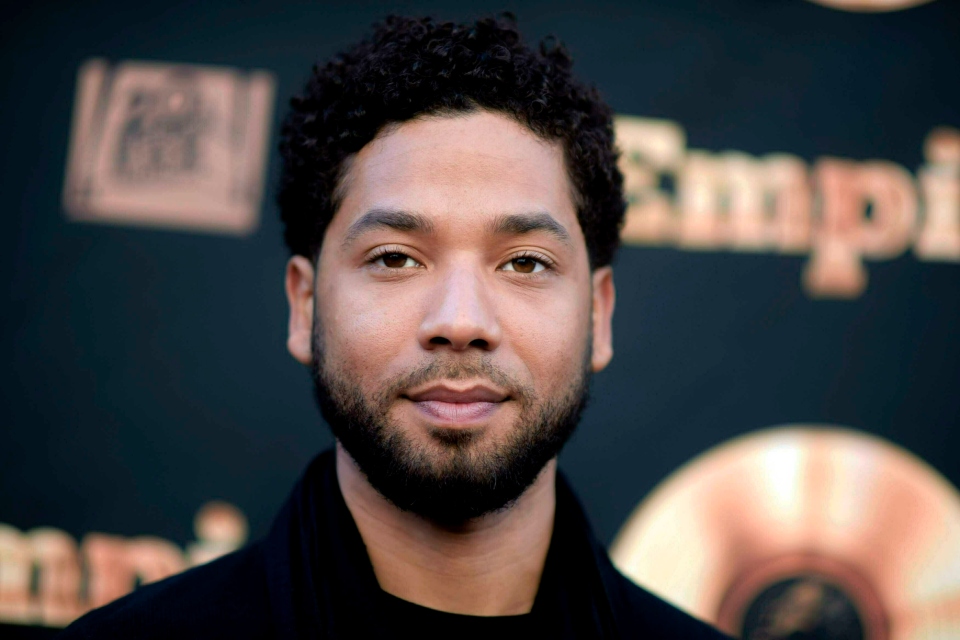 CHICAGO (AP) — News that a grand jury had indicted "Empire" actor Jussie Smollett for allegedly lying to Chicago police about being attacked by two masked men may not have made much of a splash except for one thing: The lone felony count that Smollett had been arrested on last month had turned into 16.

The reasons Smollett is facing 16 counts rather than just one count of disorderly conduct — the felony in Illinois that people are charged with when accused of lying to police — are not fully explained in the indictment that a grand jury returned Thursday.

But legal experts say indictments like that aren't uncommon in Chicago, and there are some explanations as to how the grand jury could have arrived at the 16 counts, eight of them for Smollett's comments to a police officer and eight others for what he told a detective.

The first starts with something that has been apparent since Chicago police Superintendent Eddie Johnson briefed reporters last month on the investigation: Authorities are angry at Smollett.

"What you have is a police department and prosecutors that are obviously mad at him for embarrassing the city so they took every one of his lies and made it into another count," said Terry Sullivan, a prominent local attorney.

But prominent Chicago defense attorney Joseph Lopez, who is not involved in the Smollett case, said it's the way prosecutors in Chicago do business.

"It is common practice for the Cook County state's attorney to charge as much as they can for any kind of crime," he said.

A former state appellate judge suggested such a strategy might be employed by prosecutors trying to protect themselves from the possibility that a jury or a judge might believe some, but not all, of the allegations.

"If you only charge him with one or two counts and they find him not guilty of them, you're done," said David Erickson, who now teaches at Chicago Kent College of Law.

"This gives the prosecution the ability to convict him of any one of these lies."

Lopez said it appears that when prosecutors went to the grand jury they simply dissected the case, breaking Smollett's account into each of its individual pieces and accused him of one count per detail they believe he made up.

That means that one count might stem from Smollett's contention that the men hurled racial and homophobic taunts at him and another for what he said was the way they beat him.

Another could be tied to his claim that the men doused him with an unknown chemical and another still for his statement that one of them looped a rope tied like a noose around his neck.

Then there was his assertion, police said, that he could see one of the men was white because he could see the skin around his eyes. The two men police say Smollett hired to take part in the attack are both black.

Another explanation for the multiple counts is that perhaps Smollett gave multiple statements to the police, meaning that individual counts represent separate interviews with police.

Each count is a Class 4 felony, which carries a possible prison sentence of one to three years. If Smollett is convicted, a judge could allow him to be given probation instead of imposing a prison sentence.

Lopez and Erickson agreed that if Smollett is convicted, it won't matter whether it's on one or several counts when it comes to sentencing. That's because he would be sentenced for only one of them.

"If you add them all up it's still only one crime," Erickson said. "That's just how it is."

And Lopez said that if Smollett is convicted of multiple counts, prosecutors can ask that the sentences be served consecutively but it is highly unlikely a judge would do so.

Smollett's legal troubles may not begin and end with this one indictment. Days before the Jan. 29 incident, a letter threatening Smollett was sent to the studio where the television show is filmed — a letter Johnson told reporters the day Smollett appeared in court that the actor had actually sent.

The FBI, which is investigating that letter, has declined to comment on the investigation. But if Smollett did talk to the FBI, depending on what he said, he could be in more legal trouble.

"Lying to the FBI is a crime," said Erickson.

Smollett is scheduled to appear in court on Thursday, where he will likely enter a formal plea to the 16 counts.

"Jussie adamantly maintains his innocence even if law enforcement has robbed him of that presumption," Geragos, his attorney, said.