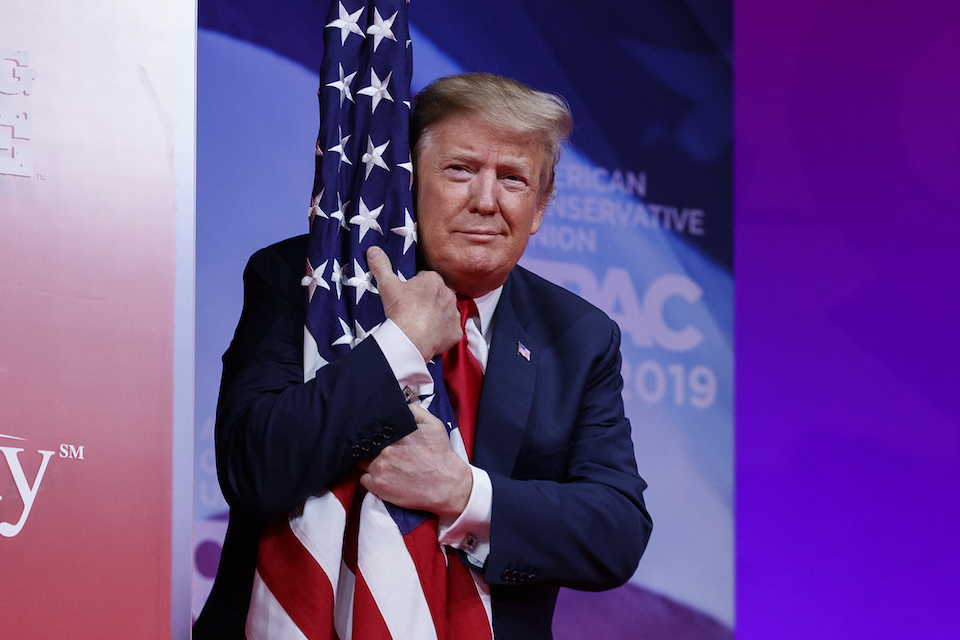 OXON HILL, Md. (AP) — President Donald Trump told an appreciative audience of conservatives Saturday that he will win re-election in 2020 and by a bigger margin than his 2016 victory. He mocked Democrats for their framework to combat climate change and said House lawmakers pushing to expand their investigations of him are "sick."

In a wide-ranging speech at the Conservative Political Action Conference, Trump rehashed his outsider campaign that overcame long odds and a crowded field of established politicians to claim the White House over Democrat Hillary Clinton.

When he made his prediction of a second term, the crowd responded with chants of "USA, USA, USA."

Trump praised the conservative movement, saying "Our movement and our future in our country is unlimited."

As he looked back to 2016, the president described himself as "probably more of a conservative than a Republican," but says people just didn't understand that.

Trump took aim at the Democrats' Green New Deal, a policy proposal floated by some liberal Democrats in Congress and backed to varying degrees by several of the party's 2020 presidential candidates.

"I think the New Green Deal or whatever the hell they call it — the Green New Deal — I encourage it," Trump said mockingly as he wound up for a round of exaggeration.

"I think it's really something that they should promote. They should work hard on it. ... No planes, no energy. When the wind stops blowing that's the end of your electric. Let's hurry up. Darling, is the wind blowing today? I'd like to watch television, darling." 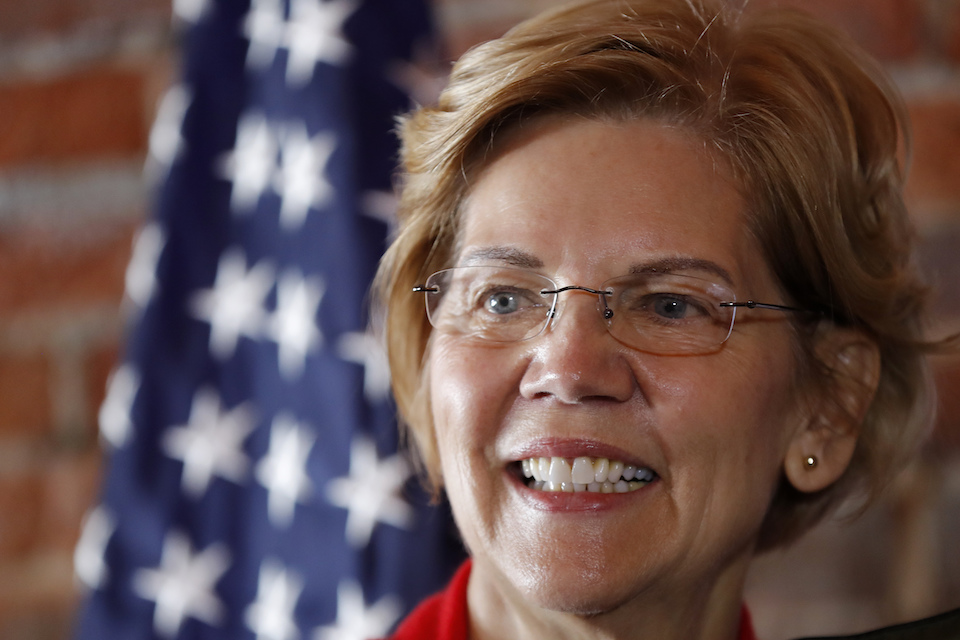 The Democratic plan calls for a drastic drop in greenhouse-gas emissions from fossil fuels such as oil, coal and natural gas, but in no way grounds airplanes or pivots the country to renewable energy only.

With special counsel Robert Mueller's Russia investigation seemingly approaching its end, Trump spoke of the "collusion delusion" and lashed out at newly empowered House Democrats who are opening new inquires involving him.

House Democrats are undertaking several broad new investigations that reach far beyond Mueller's focus on Russian interference in the 2016 election and possible collusion between Russians and the Trump campaign. So far, Mueller has not brought any public charges alleging a criminal conspiracy between the campaign and Russia; the investigation continues.

Their efforts increased this past week after Trump's former personal lawyer, Michael Cohen, appeared before two House committees and a Senate committee. In his public testimony before the House Oversight and Reform Committee, Cohen called the president a "con man" and a "cheat" and gave Democrats several new leads for inquiry.