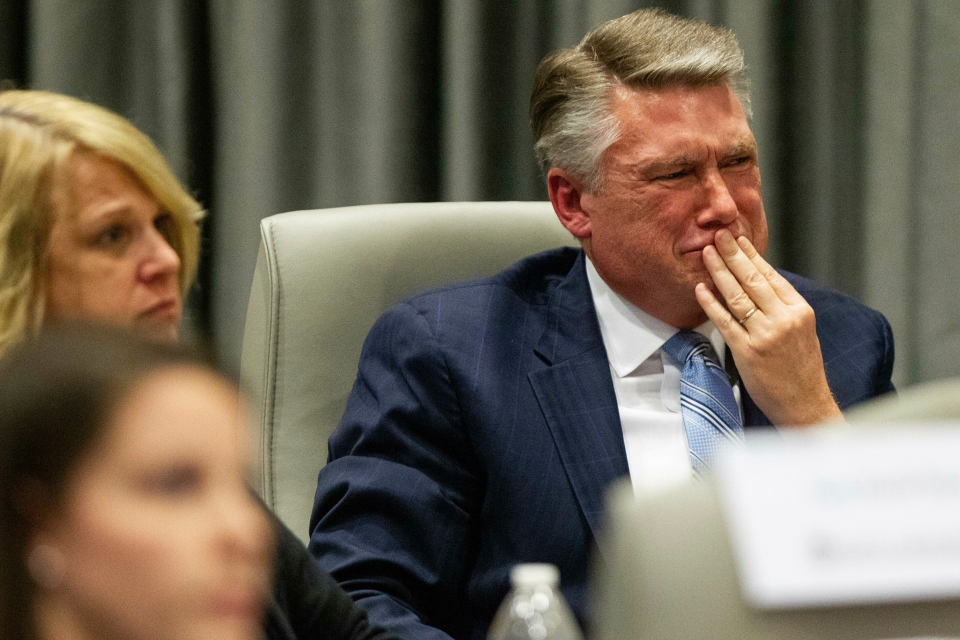 The Republican candidate in the nation's last undecided congressional race abruptly dropped his bid to be declared the winner and instead called for a new election Thursday, after investigators detailed evidence of ballot fraud by political operatives working for him.

Mark Harris informed the North Carolina elections board of his decision on the fourth day of a hearing on whether to certify the results of the November contest.

"Through the testimony I've listened to over the past three days, I believe a new election should be called," he said.

"It's become clear to me that the public's confidence in the 9th District seat general election has been undermined to an extent that a new election is warranted."

At the same time, Harris denied any knowledge of the illegal practices allegedly used by operatives on his payroll.

Harris left the hearing room without answering questions. It was not immediately clear whether he intends to run in a new election.

The decision on whether to hold a new election rests with the five-member election board, which did not immediately hold a vote on the matter.

Harris led Democrat Dan McCready by 905 votes out of about 280,000 cast last fall in a mostly rural district along the southern edge of the state. But the state refused to certify the outcome as allegations surfaced that Harris political operative Leslie McCrae Dowless may have tampered with mail-in absentee ballots.

The congressional seat has been in Republican hands since 1963.

Harris made the surprising reversal after his lawyers argued to the board that he should be certified the winner.

"There's no way that anybody has contemplated what's next," he said.

Harris told the board that he is still dealing from health problems caused by a blood infection that landed him in a hospital and led to two strokes since the election, adding, "I struggled this morning with both recall and confusion."

But he insisted: "Neither I nor any of the leadership of my campaign were aware of or condoned the improper activities that have been testified to in this hearing."

According to testimony and other findings detailed at the board hearing, Dowless conducted an illegal "ballot harvesting" operation while working for Harris. Dowless and his assistants helped voters obtain absentee ballots and then gathered up the filled-in ballots from them by offering to put them in the mail, the board was told.

Dowless' workers in rural Bladen County testified that they were directed to collect blank or incomplete ballots from voters, forge signatures on them and even fill in votes for local candidates. It is generally against the law in North Carolina for anyone other than the voter or a family member to handle someone's completed ballot.

Earlier Thursday, Harris testified that Dowless had assured him that he wouldn't collect absentee ballots in violation of state law. "I'll never forget. He said it again and again. He said, 'We do not take the ballot,'" Harris testified.