Virginia Governor Denies Being in Racist Photo and Refuses to Resign 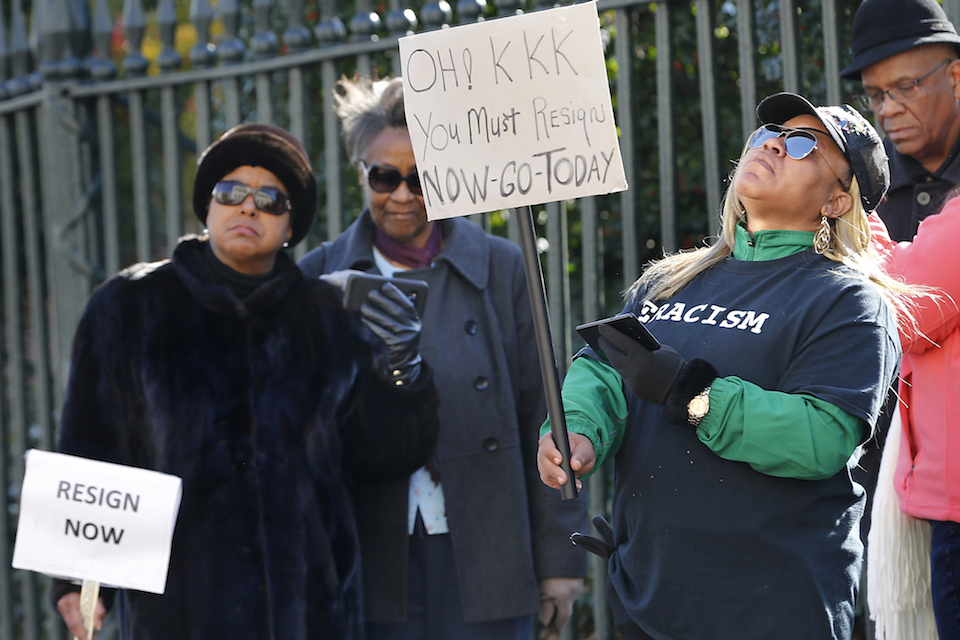 RICHMOND, Va. (AP) — Resisting widespread calls for his resignation, Virginia's embattled governor on Saturday pledged to remain in office after disavowing a blatantly racist photograph that appeared under his name in his 1984 medical school yearbook.

In a tumultuous 24 hours, Gov. Ralph Northam on Friday apologized for appearing in a photograph that featured what appeared to be a man in blackface and a second person cloaked in Ku Klux Klan garb. In a video posted on Twitter, he said he could not "undo the harm my behavior caused then and today."

But by Saturday, he reversed course and said the racist photo on his yearbook profile page did not feature him after all. The governor said he had not seen the photo before Friday, since he had not purchased the commemorative book or been involved in its preparation more than three decades ago.

"It has taken time for me to make sure that it's not me, but I am convinced, I am convinced that I am not in that picture," he told reporters gathered at the Executive Mansion in Richmond, calling the shot offensive and horrific.

While talking with reporters, Northam admitted that he had previously worn blackface around that time, saying he once had used shoe polish to darken his face as part of a Michael Jackson costume he fashioned for a 1984 dance contest in San Antonio, Texas, when he was in the U.S. Army.

Northam said he regrets that he didn't understand "the harmful legacy of an action like that." 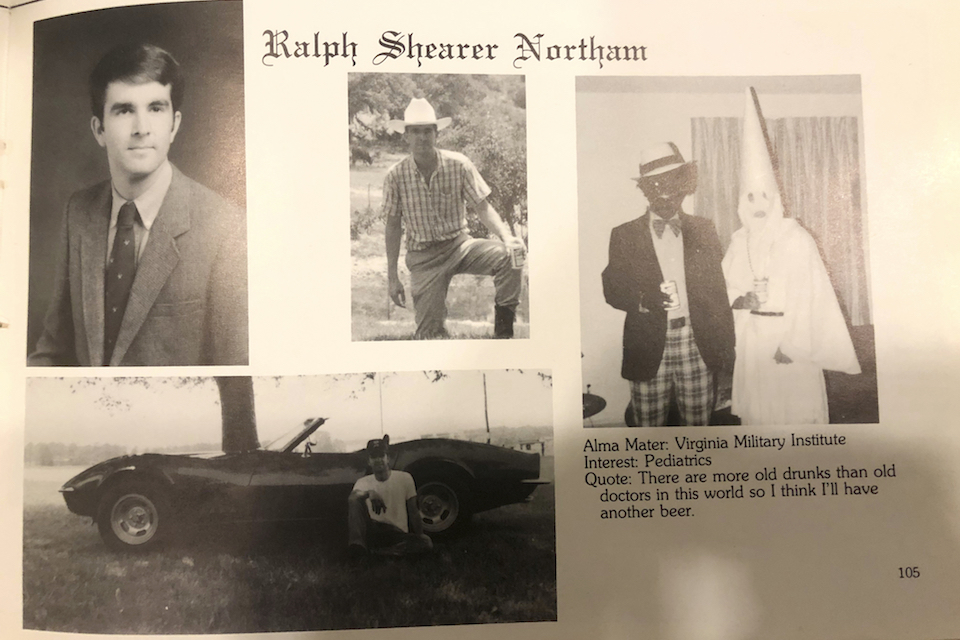 PHOTO: Virginia Gov. Ralph Northam’s page in his 1984 Eastern Virginia Medical School yearbook. The page shows a picture, at right, of a person in blackface and another wearing a Ku Klux Klan hood next to different pictures of the governor. It's unclear who the people in the picture are, but the rest of the page is filled with pictures of Northam and lists his undergraduate alma mater and other information about him. (Eastern Virginia Medical School via AP)

His refusal to step down could signal a potentially long and bruising fight between Northam and his former supporters, which includes virtually all of the state's Democratic establishment.

After he spoke, both of Virginia's U.S. senators said they called Northam to tell him that he must resign. In a joint statement Saturday night, Sens. Mark Warner and Tim Kaine and the dean of Virginia's congressional delegation, Rep. Bobby Scott, said the recent events "have inflicted immense pain and irrevocably broken the trust Virginians must have in their leaders."

Since Friday, groups calling for his resignation included the Virginia Democratic Party and the Virginia Legislative Black Caucus. Virginia Attorney General Mark R. Herring, a Democrat, and top Republicans in the Virginia General Assembly also urged Northam to resign, as have many declared and potential Democratic presidential candidates.

"He is no longer the best person to lead our state," the Virginia Senate Democratic Caucus said in a statement.

If Northam does resign, Virginia Lt. Gov. Justin Fairfax would become the second African-American governor in the state's history. In a statement, Fairfax said the state needs leaders who can unite people, but he stopped short of calling for Northam's departure. 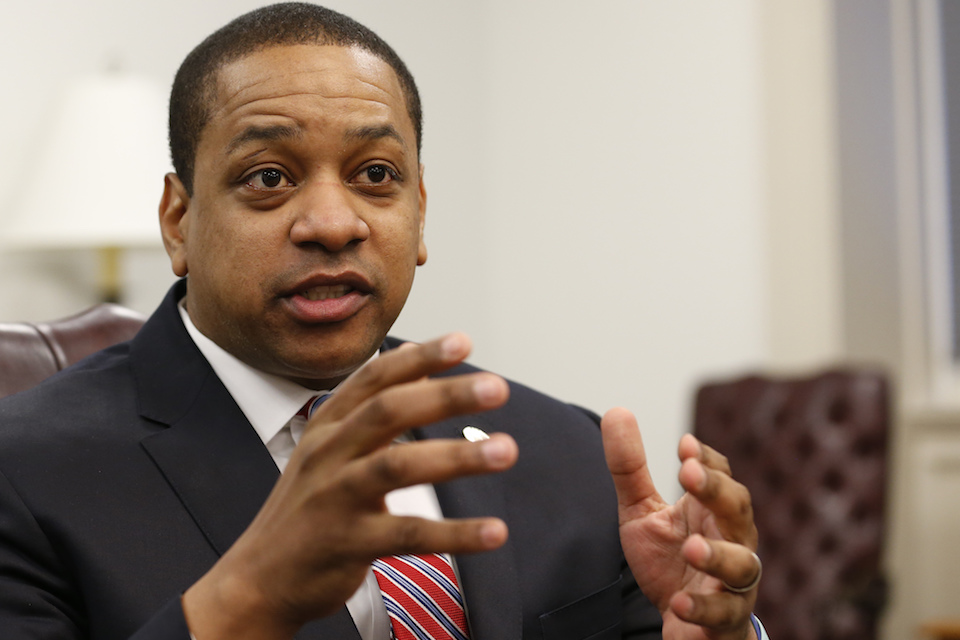 Referring to Northam, Lt. Gov. Justin Fairfax said he "cannot condone actions from his past" that at least "suggest a comfort with Virginia's darker history of white supremacy, racial stereotyping and intimidation."

Northam conceded Saturday that people might have difficulty believing his shifting statements.

He was pushed repeatedly by reporters to explain why he issued an apology Friday if he wasn't in the photograph.

"My first intention ... was to reach out and apologize," he said, adding that he recognized that people would be offended by the photo. But after studying the picture and consulting with classmates, Northam said, "I am convinced that is not my picture."

Walt Broadnax, one of two black students who graduated from Eastern Virginia Medical School with Northam, said by phone Saturday he also didn't buy the class's 1984 yearbook or see it until decades after it was published.

Broadnax defended his former classmate and said he's not a racist, adding that the school would not have tolerated someone going to a party in blackface.

The yearbook images were first published Friday afternoon by the conservative news outlet Big League Politics. An Associated Press reporter later saw the yearbook page and confirmed its authenticity at the medical school.

In an initial apology about the photograph on Friday, Northam had admitted to being in the photograph but did not say which of the two costumes he had worn.

That evening, he issued a video statement saying he was "deeply sorry" but still committed to serving the "remainder of my term." Northam's term is set to end in 2022.

The scars from centuries of racial oppression are still raw in a state that was once home to the capital of the Confederacy.

Virginians continue to struggle with the state's legacy of slavery, Jim Crow and Massive Resistance, the anti-school segregation push. Heated debates about the Confederate statues are ongoing after a deadly 2017 white nationalist rally in Charlottesville. 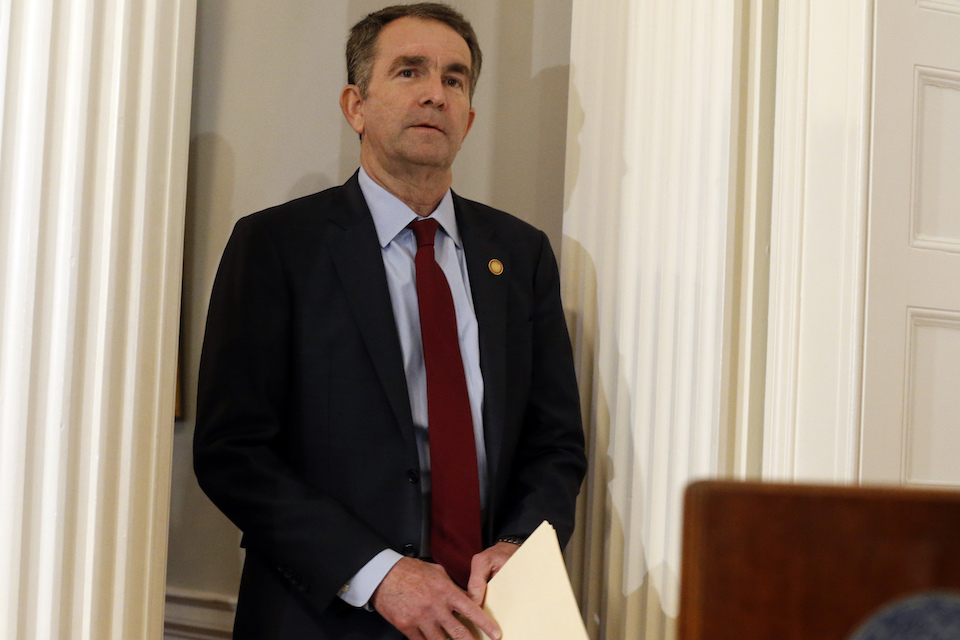 PHOTO: Virginia Gov. Ralph Northam arrives for a news conference in the Governor's Mansion in Richmond, Va., on Saturday, Feb. 2, 2019. Northam is under fire for a racial photo that appeared in his college yearbook. (AP Photo/Steve Helber)

Northam spent years actively courting the Black community in the lead-up to his 2017 gubernatorial run, building relationships that helped him win both the primary and the general election. He's a member of a predominantly black church on Virginia's Eastern Shore, where he grew up.

"It's a matter of relationships and trust. That's not something that you build overnight," Northam told the AP during a 2017 campaign stop while describing his relationship with the black community.

Northam, a folksy pediatric neurologist who is personal friends with many lawmakers on both sides of the aisle, has recently come under fire from Republicans who have accused him of backing infanticide after he said he supported a bill loosening restrictions on late-term abortions.

Last week, Florida's secretary of state resigned after photos from a 2005 Halloween party showed him in blackface while dressed as a Hurricane Katrina victim.