Stacey Abrams to Give Democrats’ Response to State of the Union 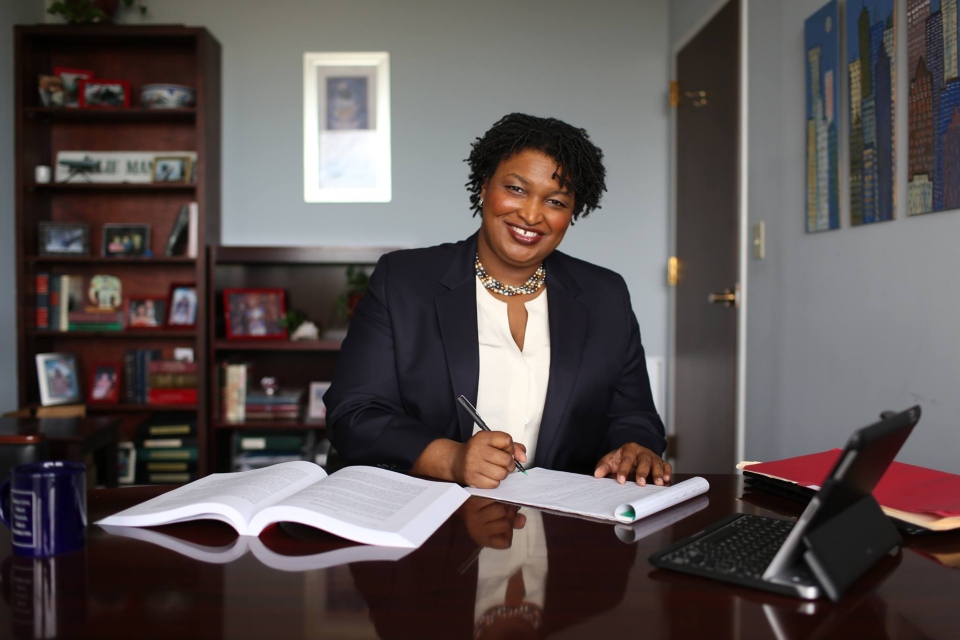 The choice elevates Abrams in Democratic politics as the party looks to keep core supporters, such as Black women who anchor the base, energized ahead of the 2020 congressional and presidential elections. It also sets up an implicit contrast with Trump, who has a history of questioning the intellect and integrity of nonwhite politicians.

“She is just a great spokesperson. She is an incredible leader. She has led the charge for voting rights, which is at the root of just about everything else,” said Senate Minority Leader Chuck Schumer, who, along with other Democrats, is urging Abrams to challenge Republican Sen. David Perdue, one of Trump’s most outspoken allies on Capitol Hill. “She knows what working people, the middle class, go through.”

For her part, Abrams said in a statement that she intends to “deliver a vision for prosperity and equality, where everyone in our nation has a voice and where each of those voices is heard.”

A group backed by Abrams filed a federal lawsuit this month saying Georgia deprived many low-income people and minorities of their voting rights with Kemp, then secretary of state, overseeing the 2018 election.

The Democrats’ selection of Abrams is intended as a visual and philosophical counter to Trump’s speech to a joint session of Congress on Feb. 5 in the House, which Democrats control. Trump has a history of making inflammatory remarks about Black and brown Americans, as well as Muslims and immigrants. He’s questioned the intellect of Democratic Rep. Maxine Waters of California, now chairwoman of the House Financial Services Committee. He’s referred to Black Florida gubernatorial candidate Andrew Gillum as “a thief” because of an undercover FBI investigation into his acceptance of Broadway tickets.

California Attorney General Xavier Becerra, a Democrat and former member of the House, will deliver the Spanish-language response to the State of the Union, according to Schumer and House Speaker Nancy Pelosi.

Abrams’ travel and meeting schedule in recent weeks shows how hotly Democrats have pursued her as their top choice for the Georgia Senate seat.

Party officials see an Abrams candidacy as a promising scenario in 2020. Enthusiasm around her Senate run could drive up turnout that would also benefit a Democratic presidential candidate in the state, while the money that a White House campaign would bring to Georgia would also help Abrams.

Abrams has started a voting rights advocacy group but is also considering her own political future and looking to help other Democrats. She is expected to make a decision about the Senate race in coming months.

The State of the Union response often serves as an audition of sorts for ambitious political figures looking to raise their profiles. But it’s also frequently a thankless task, with brutal reviews. Republican Sen. Marco Rubio’s lunge for a water bottle became a meme after his response in 2013. Then-Louisiana Gov. Bobby Jindal, a Republican, was panned for being dull in 2009. In 1996, then-Republican presidential candidate Bob Dole gave a less-than-boffo performance that was widely criticized for its delivery and for the lighting.