Shutdown Projected to Cause $3B Permanent Hit to Economy 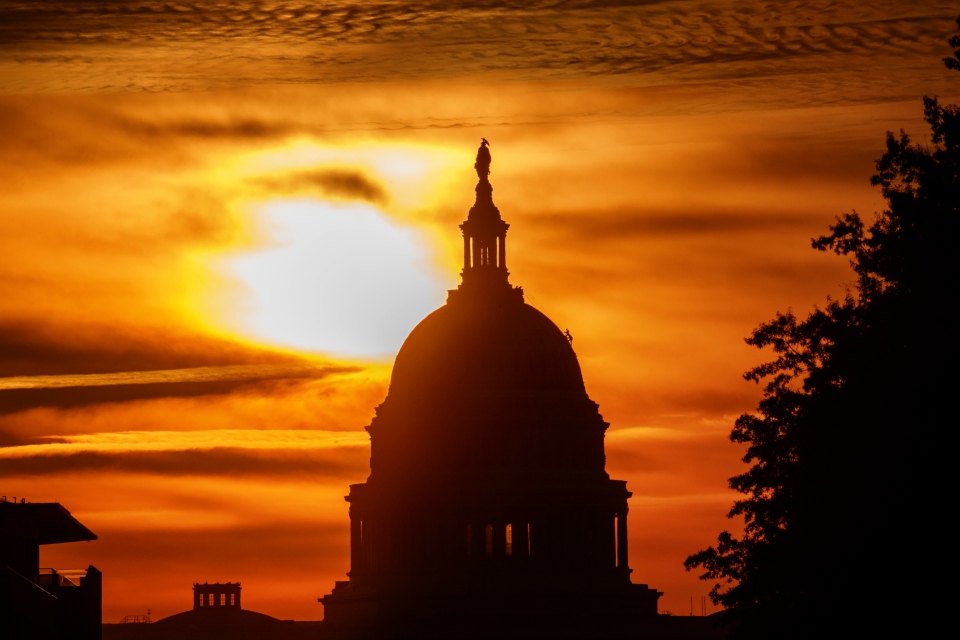 The federal government shutdown will cause slight permanent harm to the economy — about $3 billion — according to a report Monday by the Congressional Budget Office.

The report says the five-week shutdown has slowed growth in the near term but that most of the lost growth "will eventually be recovered."

Overall, CBO predicts that just $3 billion in lost gross domestic product will be permanently lost, a modest figure in a $20 trillion-plus economy. By year's end, CBO says, GDP would be just 0.02 smaller because of the shutdown, which shuttered many domestic agencies. Most of the 800,000 furloughed federal workers are returning to their jobs Monday.

More broadly, the report estimates a drop in GDP growth to 2.3 percent this year as the effects of President Donald Trump's tax cut on business investment begin to drop off. It also says that the U.S. budget deficit will hit $897 billion this year.

The CBO credits the 2017 tax bill — which cut corporate and individual income taxes by $1.9 trillion over a decade — with a burst in growth last year, but it says that this year "the boost that recent tax legislation gave to business wanes."

The report comes as the government is reopening after a 35-day partial shutdown. The CBO says the shutdown will have a modest negative impact on the economy, lowering projections of economic growth by 0.4 percentage points to 2.1 percent in the first quarter, though the economy is expected to mostly make up for it over the rest of the year.

"The shutdown dampened economic activity mainly because of the loss of furloughed federal workers' contribution to (gross domestic product), the delay in federal spending on goods and services, and the reduction in aggregate demand," the report said.

"Underlying those effects on the overall economy are much more significant effects on individual businesses and workers," CBO said. "Among those who experienced the largest and most direct negative effects are federal workers who faced delayed compensation and private-sector entities that lost business. Some of those private-sector entities will never recoup that lost income."

The CBO Report predicts a $118 billion increase over last year's $779 billion deficit. It predicts that the economy will grow by 2.3 percent this year, a slowdown from 3.1 percent last year. Unemployment would fall to 3.5 percent in the second half of the year, its lowest point since the 1960s.

The report lands in a divided Washington, where neither Trump nor Democrats controlling the House are expected to make curbing the deficit a priority. In fact, Trump and lawmakers are likely to increase spending for the Pentagon and other federal agencies, which would otherwise face cuts from outdated budget caps that are the remnant of the 2011 budget deal. And Congress is ultimately going to face pressure to make permanent provisions of the 2017 tax cuts for individuals that would otherwise expire in 2025.

The agency also predicts that Trump's trade policies — higher tariffs on Chinese goods and products such as imported steel — would have only a relatively modest negative impact on the economy.