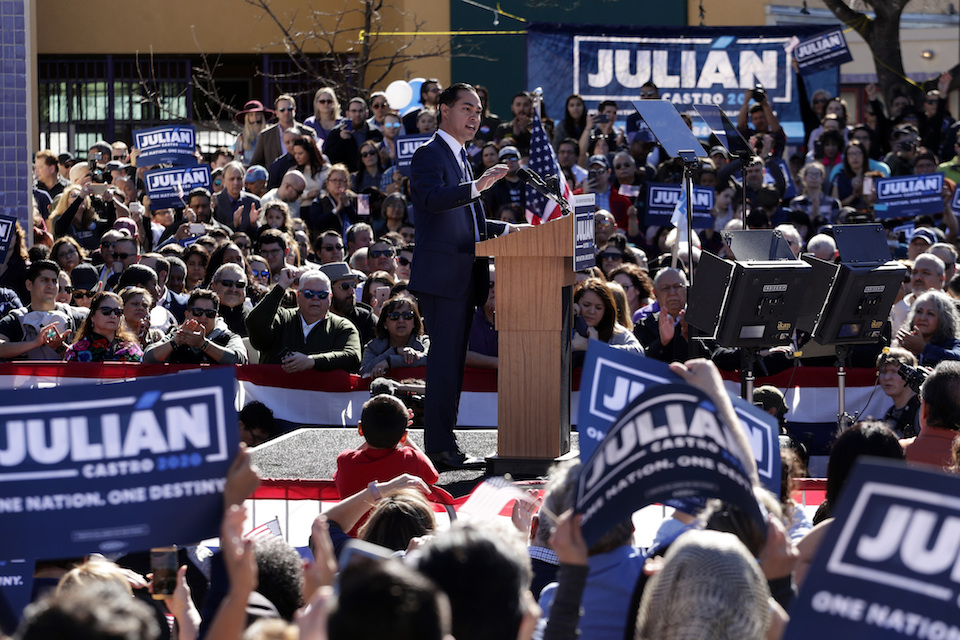 Castro, who could end up being the only Latino in what is shaping up to be a crowded Democratic field, made immigration a centerpiece of his announcement in his hometown of San Antonio, less than 200 miles from the U.S.-Mexico border.

Two days after the president visited the border to promote his promised wall, Castro mocked Trump for claiming that the U.S. faces an "invasion" from its ally to the south.

"He called it a national security crisis," Castro said.

"Well, there is a crisis today. It's a crisis of leadership. Donald Trump has failed to uphold the values of our great nation." 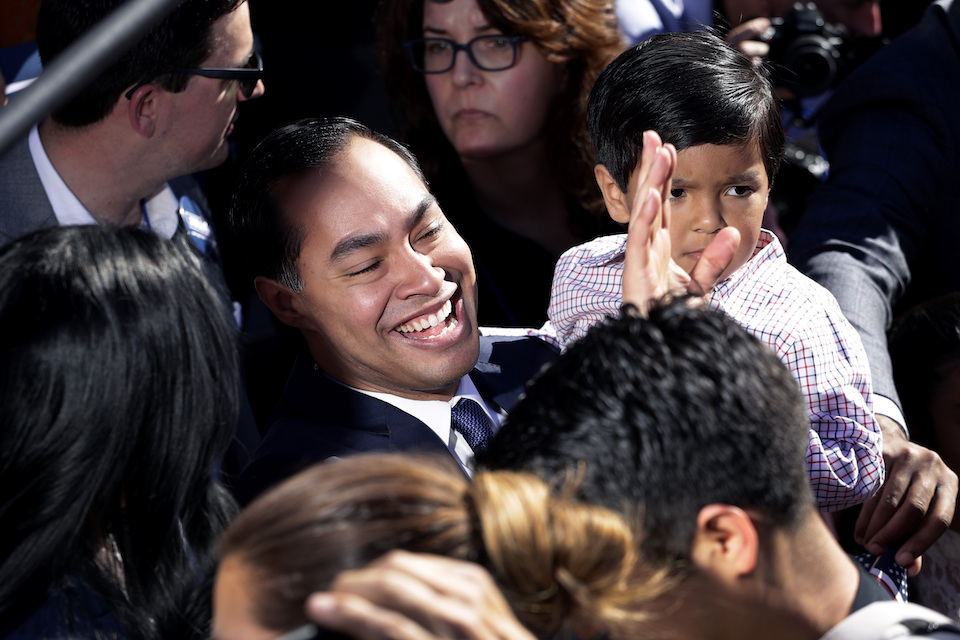 He made the announcement during the longest government shutdown in U.S. history, and as the field of 2020 contenders widens and anticipation grows around bigger names still considering runs.

Sen. Elizabeth Warren of Massachusetts has also started an exploratory committee for president, and four other Democratic senators are taking steady steps toward running.

Hawaii Rep. Tulsi Gabbard, the first Hindu elected to Congress, said this week she is planning a bid, too.

For his part, Trump said he isn't worried about the burgeoning field of Democratic opponents. He has already announced that he's running for re-election.

"I love what I see," Trump said Saturday night when asked about the competition during a telephone interview with Fox News Channel.

He recited a list of what he views as his accomplishments, including low unemployment, tax cuts and trade deals.

"I don't know. How does somebody beat that?" the president said.

Asked to identify the one Democrat he'd like to run against, Trump named former Vice President Joe Biden, a two-time presidential candidate who has yet to announce his intentions for 2020.

Castro is getting an early start in trying to stand out. His first trip as a candidate comes Monday, to hurricane-ravaged Puerto Rico, where an outcry has begun as the White House considers diverting disaster funding to pay for the wall.

The impasse over paying for a border wall that Trump made a central part of his 2016 campaign has led to the partial federal closure. That stalemate, along with Trump's hard-line immigration stands, drew sharp rebukes from Castro.

"There are serious issues that need to be addressed in our broken immigration system, but seeking asylum is a legal right. And the cruel policies of this administration are doing real and lasting harm," he said.

He argued for securing the border in a "smart and humane way."

Joining Castro at the campaign kickoff was his twin brother, Democratic Rep. Joaquin Castro, chairman of the Hispanic congressional caucus and a frequent Trump critic.

The Spanish-style plaza in the Castro twins' boyhood neighborhood was packed with supporters who streamed through the gates between a mariachi band. Castro had said leading up to his announcement that a Latino candidate was a must in the 2020 field.

That group of hopefuls is starting to take shape even though the first primary elections are more than a year away.

Sen. Kamala Harris of California this past week published a memoir , a staple of presidential candidates.

Former Texas Rep. Beto O'Rourke is doing little to dim speculation that he might jump into a field that has no clear front-runner.

Castro is aware he lacks the name recognition of potential 2020 rivals or the buzz surrounding O'Rourke, whose flirtations with 2020 have tantalized donors and activists after a close race last year against Sen. Ted Cruz, R-Texas.

Even some supporters at Castro's announcement could be torn if O'Rourke gets in the race.

Diana Delrosario, a social worker in San Antonio, warned she might cry while she recounted how Castro once went out of his way as mayor to help wheel her mother out of a restaurant.

"I have this heart for Julian. But it's going to be a big discussion if Beto decides to run," said Delrosario, 45.

Castro, who has repeatedly dismissed talk that an O'Rourke candidacy would complicate his own chances, has framed the neighborhood and his upbringing as the story of an underdog.

He was raised by a local Latina activist, and after a brief career in law, was elected mayor of the nation's seventh-largest city at 34.

It wasn't long before Democrats nationally embraced him as a star in the making, particularly one from Texas, where a booming Hispanic population is rapidly changing the state's demographics and improving the party's fortunes.

Castro delivered the keynote speech at the 2012 Democratic National Convention. Two years later, Obama picked him to lead the Department of Housing and Urban Development.

He was on the short list of Hillary Clinton's potential running mates in 2016. During Castro's trip this past week to Nevada, one state Latino business leader told Castro that he should again be a top contender for vice president if his campaign falls short.

Like other Democrats running, Castro has said he will not accept money from political action committees tied to corporations and unions, and he has sought to introduce himself to voters as a champion for universal health care and affordable housing.