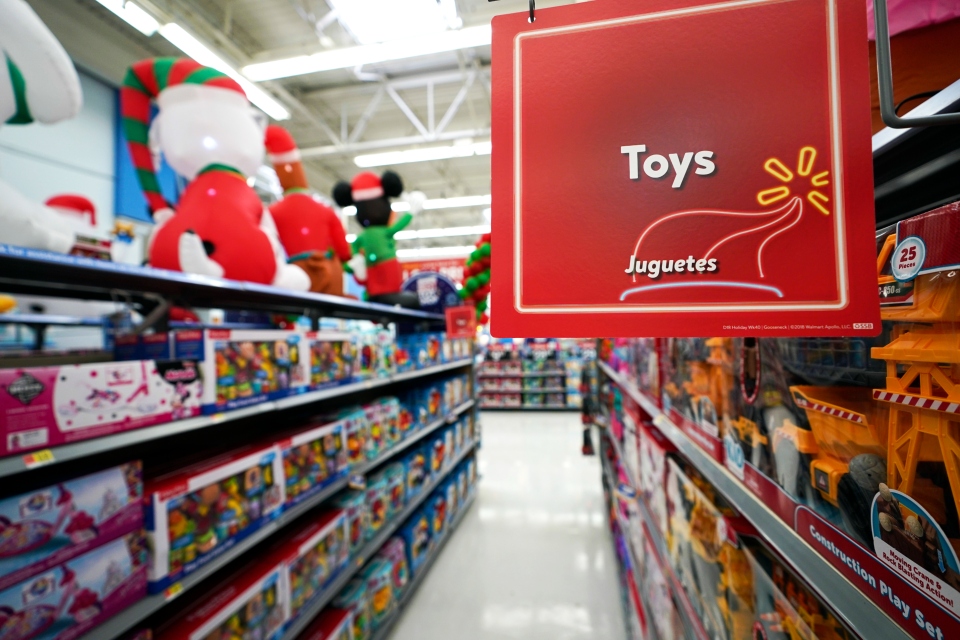 Skip the costly electronic games and flashy digital gizmos. Pediatricians say the best toys for tots are old-fashioned hands-on playthings that young children can enjoy with parents — things like blocks, puzzles — even throwaway cardboard boxes — that spark imagination and creativity.

"A cardboard box can be used to draw on, or made into a house," said Dr. Alan Mendelsohn, co-author of a new report on selecting toys for young children, up to around age 5.

Many parents feel pressured by ads promoting tablet-based toys and games as educational and brain-stimulating but there's not much science to back up those claims, Mendelsohn said. Their main misconception: "The toy that is best is the one that is the most expensive or has the most bells and whistles or is the most technologically sophisticated."

Simpler hands-on toys that parents and young children can play with together are preferable for healthy development, said Mendelsohn, a pediatrician at NYU Langone Health in New York.

The report published Monday by the American Academy of Pediatrics cites studies suggesting that heavy use of electronic media may interfere with children's speech and language development, replace important playtime with parents and lead to obesity.

Studies also have found that more than 90 percent of U.S. kids have used mobile devices and most started using them before age 1.

The pediatricians' group recommends no screen time for children up to age 2, and says total screen time including TV and computer use should be less than one hour daily for ages 2 and older.

"A little bit of screen time here and there is unlikely to have much harm if a child otherwise has other activity," Mendelsohn said. But he added that screen time can overwhelm young children and is difficult to limit and control.

She said she's noticed her two young boys tend to misbehave after playing on an iPad she typically reserves for long airplane rides.

"We try to keep it as minimal as possible," Graham Stewart said. "I just tell them to go outside and play."

Erika Evers, Dancing Bear's co-owner, said the store's mission is to give kids an alternative to tech toys.

"Not that video games and electronic toys don't have their place — in moderation, in our opinion," she said. "But we feel like kids really need opportunities to socialize and interact with their environment in a way that is hands-on and tangible."