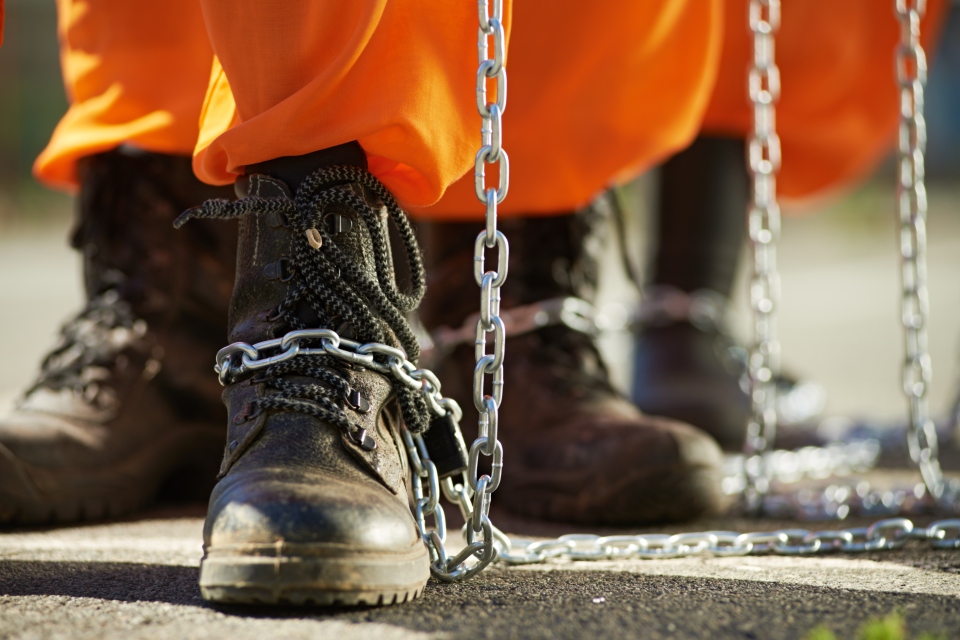 With four of the five precincts reporting, slavery in all forms was abolished in the Centennial State.

The Secretary of State’s Office said the amendment to Colorado’s Constitution received 65 percent of the votes already counted.

“The margin is such that there is no doubt,” Lynn Bartels, a spokeswoman for the Colorado Secretary of State’s Office, told reporters.

Abolish Slavery Colorado, a group that has crusaded for the abolishment, posted on its Facebook page, “It’s official! Amendment A passes!”

Over 15 state constitutions in the United States permit slavery as a way of legal punishment for those who’ve committed a crime, despite the 13th Amendment being ratified in 1865.

The current and unclear wording in Colorado’s constitution means “slavery and involuntary servitude may not be fully unconstitutional” according to the state’s ACLU chapter executive director Nathan Woodliff-Stanley, via the Atlanta Black Star.

Article II, Section 26 of Colorado’s constitution reads that there “shall never be in this state either slavery or involuntary servitude, except as a punishment for crime, whereof the party shall have been duly convicted.”

Voters on Tuesday seized upon the opportunity to change the language.

Going forward, the Constitution will read: “There shall never be in this state either slavery or involuntary servitude.”

Jumoke Emery of Abolish Slavery Colorado told CNN that voters almost got the amendment to pass two years ago, but blamed the legislators’ terminology for the outcome of the vote.

“I hope that this puts forth the message that our past doesn’t have to be our future, that by and large we as Americans are interested in fixing our mistakes and that there’s hope for our future,” Emery told the news outlet.

Those who are against amending the constitution say it’s not necessary because Colorado already bans slavery. They also argued that certain prisoner programs could be affected.

Since the 1860s, courts have interpreted the 13th Amendment as it plainly reads. “Once individuals have been duly tried, convicted, sentenced, and imprisoned, courts will not find 13th Amendment violations where prison rules require inmates to work.”

The compensation of prison labor today reflects this history.

In Georgia and Texas, the maximum wage in dollars per day is $0.

The average wage is between $0.93 a day and $4.93 a day – less than an hour of work at minimum wage. Conservative estimates put the value of output from prison labor at $2 billion annually.

Removing the wording from the Colorado constitution “closes the door on the possibility of future abuses, and it also sends a positive message in a time of great division in our nation,” said Nathan Woodliff-Stanley, the executive director of the ACLU.