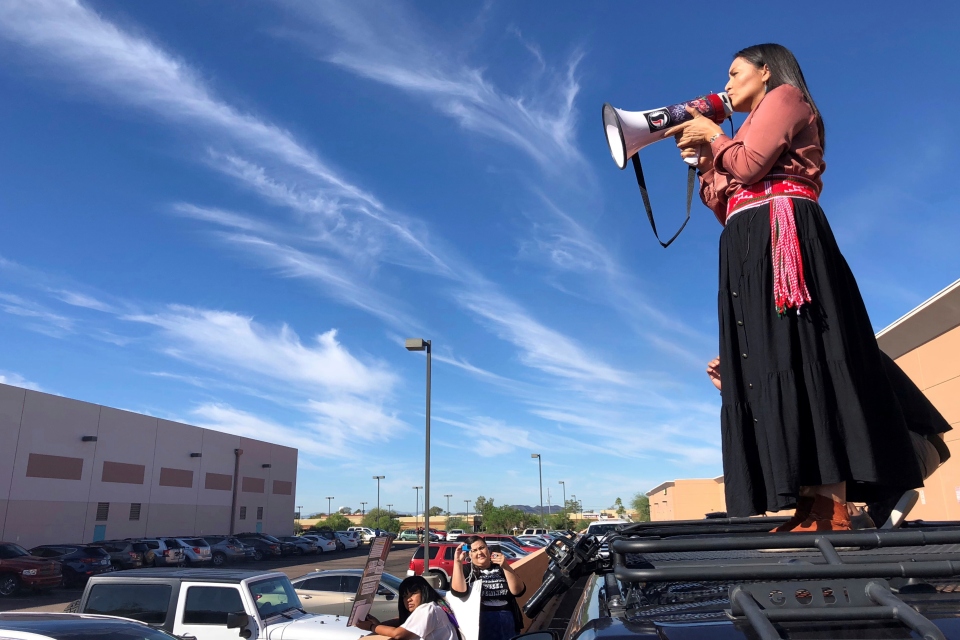 When Colorado attorney Jeff Schwartz asked his 7-year-old son what he wanted to dress as this Halloween, the answer was clear: his favorite movie superhero, "Black Panther."

Schwartz said his white son's choice of a Black character didn't give him pause.

"I didn't give it a second thought," said Schwartz. "I think that if my son wants to idolize a character — be it a Black character or a white character — race doesn't need to come into it at all."

NBC talk show host Megyn Kelly's comments about blackface on Halloween have reinvigorated a debate over costumes that cross racial lines and what's appropriate at a time when diverse movie and TV characters like Black Panther have become hugely popular.

The issue has reverberated across social media, from magazine articles about white children wearing Black Panther costumes to protests against costumes that perpetuate Native American stereotypes. Social media debates have focused on whether political correctness is spoiling the spirit of the holiday.

The fallout was swift for Kelly, who wondered on her show why dressing up in blackface for Halloween is racist: NBC said Friday it was canceling "Megyn Kelly Today." She found little support from her NBC colleagues, including Al Roker who called on her to apologize to people of color nationwide. He later was asked on Twitter if a woman's white son was OK to dress as Black Panther.

"Sure he can. Just don't try to wear dark makeup on," Roker wrote.

Others chimed in on the thread, including Schwartz, whose son only wants to don the Marvel character's vibranium suit.

"We should encourage our kids to have Black heroes whether they're white or Black kids. That's healthy," Schwartz said.

Some articles warn white parents away from such a choice, arguing that while Black Panther's fabled homeland "Wakanda" isn't a real place, the character's race is essential to his identity.

Elise Barrow, a Black mother of three in New York City, said she and her husband tried to persuade their 5-year-old son to be Black Panther, but he opted to be a dinosaur instead. Barrow said she was torn by the debate.

A similar issue cropped up in recent years with the animated features "Moana," set in ancient Polynesia, and Pixar's "Coco," which centers on a Mexican boy named Miguel and his family. A few months before "Moana's" November 2016 release, Disney pulled a costume based on the character of Maui, voiced by Dwayne Johnson. The ensemble included a brown bodysuit with Polynesian tattoos and a faux-grass skirt. Some argued that it was off-putting to have a child wear the skin of another race.

Jim Quirk, a white father of three in St. Paul, Minnesota, said adults should stop projecting concerns about race and gender onto what is essentially "a kids' holiday."

"They want to be princesses, doctors, Black Panther or whatever," Quirk said. "They do it because they want to be like them. It's adults who put meaning onto these things."

But he acknowledges there are some things that are over the line, such as blackface.

"You shouldn't be disrespectful," Quirk said.

Calling out cultural appropriation is what drives Amanda Blackhorse, a longtime activist against the use of Native images for mascots and logos. On Wednesday, Blackhorse and others demonstrated outside the Phoenix headquarters of Yandy.com, a lingerie company that has been selling "sexy" Native costumes including one marketed as "Chief Wansum Tail."

Her group delivered an online petition with thousands of signatures calling on Yandy to stop using Native American culture for costumes.

"The people have always looked at or seen Native people through stereotypes — through headdresses, buckskin and fringe," Blackhorse said.

"This company is perpetuating that. They think that's who we are. They don't see us as different tribes."

The group wants Yandy to discontinue the line, issue an apology and donate any proceeds from the costumes to agencies that help Native American women. A spokeswoman for Yandy did not respond to a message seeking comment.

Yandy's far from the only retailer offering such costumes. Amazon.com and other mainstream sites offer Halloween-wear based on Asian stereotypes such as a geisha or "dragon lady." There are also Mexican-inspired outfits that include a poncho, sombrero and mustache and a "sexy senorita" dress.

"Back when I was a kid that was OK as long as you were dressing up as like a character," Kelly said in discussion with an all-white panel.

Blackface dates back to the 1830s when white performers would put on dark makeup, wigs and exaggerated costumes, mocking slaves, according to the Smithsonian National Museum of African American History & Culture. They often depicted Black people as lazy, ignorant or cowardly. Decades later, movie stars like Mickey Rooney and Judy Garland wore blackface on screen.