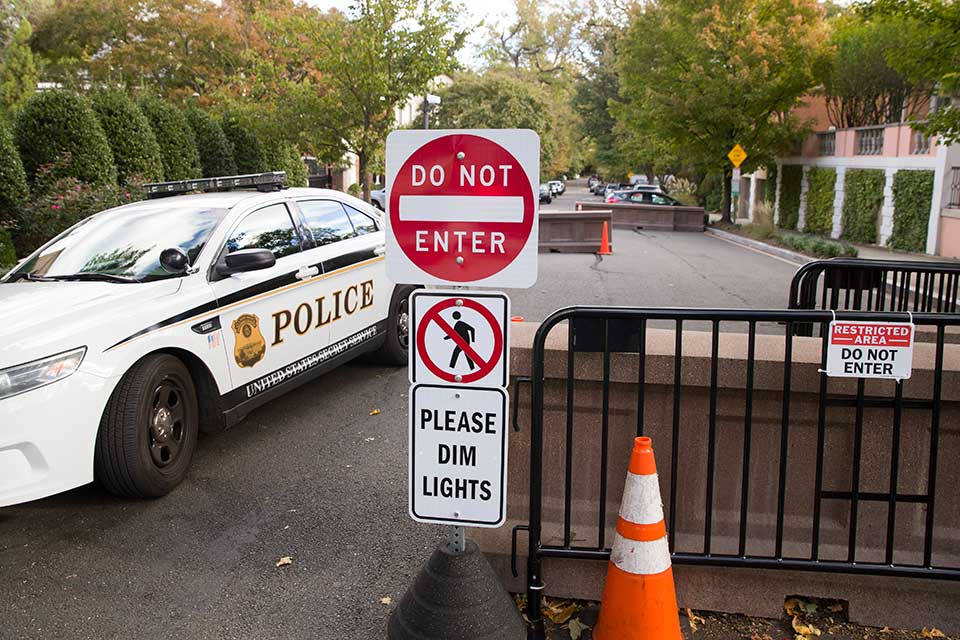 WASHINGTON (AP) — Disrupting a rash of targeted attacks, the U.S. Secret Service intercepted a bomb that was addressed to Hillary Clinton and a possible explosive that was sent to former President Barack Obama.

Also Wednesday, a police bomb squad was sent to CNN's offices in New York City and the newsroom was evacuated because of a suspicious package. Two law enforcement officials say the suspicious package that prompted the evacuation is believed to contain a pipe bomb.

The officials said the CNN bomb was crude but operational and was addressed to former CIA Director John Brennan, who appears on air on other broadcast and cable outlets. The officials say the device appeared to be similar to explosives sent to former President Barack Obama, Hillary Clinton and billionaire George Soros.

A U.S. official told The Associated Press that investigators believe the explosive that was discovered near the Clintons' home in Chappaqua, New York, is linked to one found Monday at the compound of liberal billionaire George Soros.

The official wasn't authorized to publicly discuss an ongoing investigation and spoke on condition of anonymity.

The official said one of the packages had the return address of Rep. Deborah Wasserman Schultz, an ironic reference to the former chairwoman of the Democratic National Committee.

The package addressed to Obama was intercepted Wednesday by Secret Service agents in Washington.

Neither Clinton nor Obama received the packages, and neither was at risk of receiving them because of screening procedures, the Secret Service said in a statement.

"These terrorizing acts are despicable, and anyone responsible will be held accountable to the fullest extent of the law," press secretary Sarah Sanders said in a statement that that referred to the senders as "these cowards."

Hillary Clinton was attending campaign events for Democrats in Florida on Tuesday and Wednesday and was not at the family's New York residence at the time. She is headlining a fundraising reception on Wednesday for former Health and Human Services Secretary Donna Shalala, who is running for Congress in South Florida.

Bill Clinton was at the family's Chappaqua home at the time the package was intercepted at a Westchester County facility, said a person familiar with his schedule. The person said the device was screened at the facility — not in proximity to their residence — and never reached the Clintons' home.

A law enforcement official told The Associated Press that the package discovered at Soros' home appeared to be a pipe bomb and was in a package placed in a mailbox outside the gates of the compound. A Soros employee opened it just inside the gates, not near Soros' quarters, the official said.