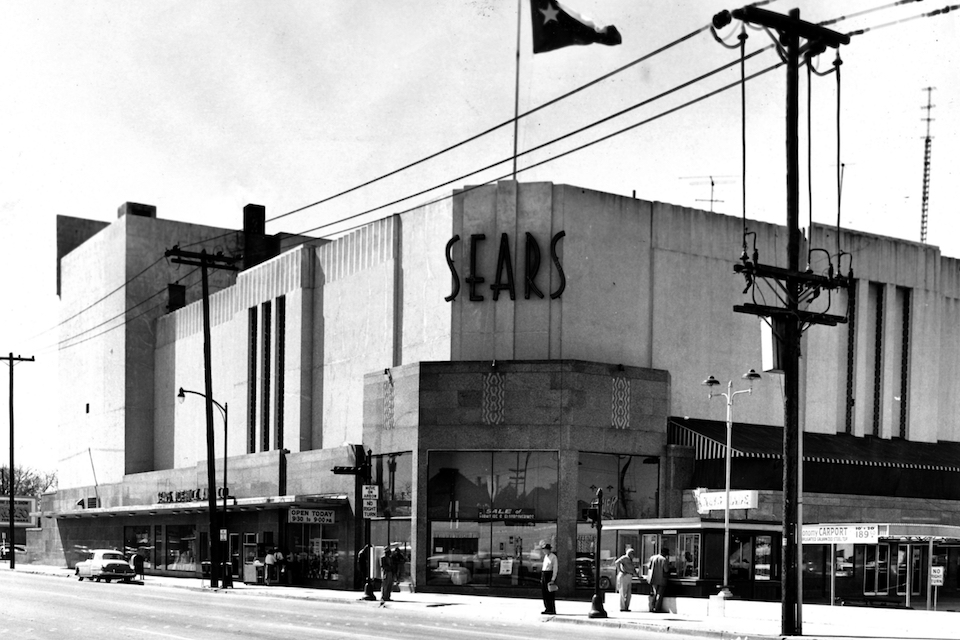 Sears once dominated the American retail landscape. But the big question is whether the shrunken version of itself can be viable or will it be forced to go out of business, closing the final chapter for an iconic name that originated more than a century ago.

The company, which started out as a mail order catalog in the 1880s, has been on a slow march toward extinction as it lagged far behind its peers and has incurred massive losses over the years.

The operator of Sears and Kmart stores joins a growing list of retailers that have filed for bankruptcy or liquidated in the last few years amid a fiercely competitive climate.

Some like Payless ShoeSource have had success emerging from reorganization in bankruptcy court but plenty of others haven't, like Toys R Us and Bon-Ton Stores Inc.

Both retailers were forced to shutter their operations this year soon after a Chapter 11 filing.

"This is a company that in the 1950s stood like a colossus over the American retail landscape," said Craig Johnson, president of Customer Growth Partners, a retail consultancy.

"Hopefully, a smaller new Sears will be healthier."Given its sheer size, Sears' bankruptcy filing will have wide ripple effects on everything from already ailing landlords to its tens of thousands of workers.

The filing, which is happening ahead of the crucial holiday shopping season, comes after rescue efforts engineered by its CEO and chairman Eddie Lampert have kept it outside of bankruptcy court — until now. Lampert, the largest shareholder, has been loaning out his own money for years and has put together deals to prop up the company, which in turn has benefited his own ESL hedge fund. 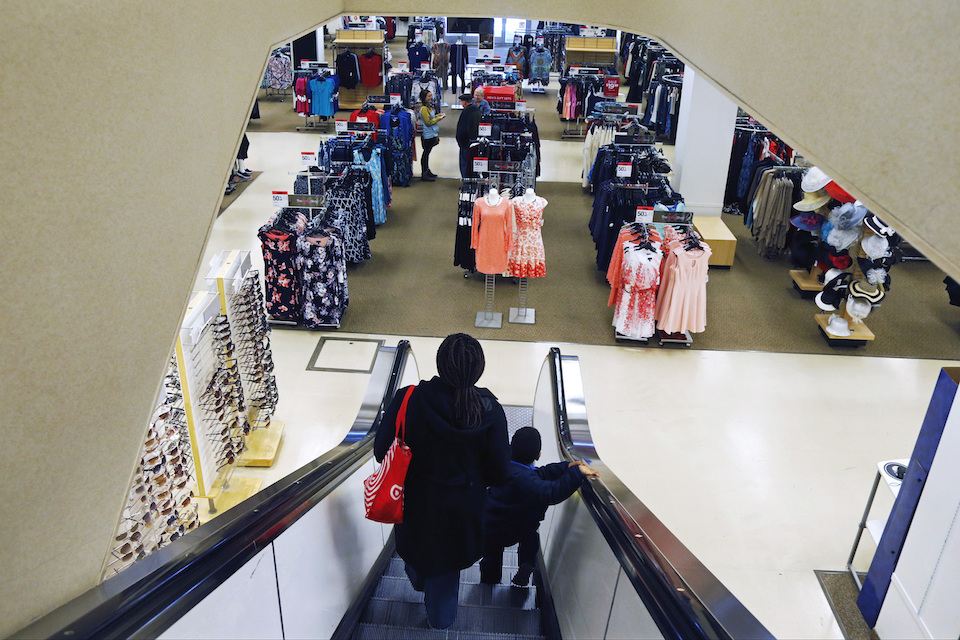 PHOTO: A woman and child ride the escalator at a Sears store in St. Paul, Minn., March 22, 2017. Sears has filed for Chapter 11 bankruptcy protection Monday, Oct. 15, 2018, buckling under its massive debt load and staggering losses. The company once dominated the American landscape, but whether a smaller Sears can be viable remains in question. (AP Photo/Jim Mone, File

In recent weeks, Lampert has been pushing for a debt restructuring and offering to buy some of Sears' key assets like Kenmore through his hedge fund as a $134 million debt repayment comes due on Monday.

Lampert personally owns 31 percent of the company's shares. His hedge fund has an 18.5 percent stake, according to FactSet.

"It is all well and good to undertake financial engineering, but the company is in the business of retailing and without a clear retail plan, the firm simply has no reason to exist," said Neil Saunders, managing director of GlobalData Retail, in a recent analyst note.

Sears' stock has fallen from about $6 over the past year to below the minimum $1 level that Nasdaq stocks are required to trade in order to remain on the stock index.

The company, which once had 350,000 workers, has seen its workforce shrink to fewer than 90,000 people as of earlier this year.

The company has racked up $6.26 billion in losses, excluding one-time events, since its last annual profit in 2010, according to Ken Perkins, who heads the research firm Retail Metrics LLC.

It's had 11 years of straight annual drops in revenue. In its last fiscal year, it generated $16.7 billion in sales, down from more than $50 billion in 2008.

The number of stores peaked in 2012 at 4,000, including its Sears Canada division that was later spun off.In a March 2017 government filing,

Sears said there was "substantial doubt" it would be able to keep its doors open — but insisted its turnaround efforts would mitigate that risk.

But its losses continued into this year. In the fiscal second quarter ended Aug. 4, net losses in the quarter swelled to $508 million, or $4.68 per share, compared with a loss of $250 million, or $2.33 cents per share in the same quarter a year ago.

Such financial woes contrast with the promise that Lampert made when he combined Sears and Kmart in 2005, two years after he helped bring Kmart out of bankruptcy.

Lampert pledged to return Sears to greatness by leveraging its best-known brands and its vast holdings of land, and more recently planned to entice customers with a loyalty program. But it struggled to get more people through the doors or to shop online.

Jennifer Roberts, 36 of Dayton, Ohio, had been a long-time fan of Sears and has fond memories of shopping there for clothes as a child. But in recent years, she's been disappointed by the lack of customer service and outdated stores.

"My mom had always bought her appliances from Sears. That's where my dad got his tools," she said.

"But they don't care about their customers anymore."

She said a refrigerator her mother bought at Sears broke after two years and it still hasn't been fixed for almost a month with no help from the retailer.

"If they don't value a customer, then they don't need my money," said Roberts, who voiced her complaints on Sears' Facebook page.

Still, that was an improvement from the same period a year ago when it fell 11.5 percent.

The bleak figures are an outlier to chains like Walmart, Target, Best Buy and Macy's, which have been enjoying stronger sales as they benefit from a robust economy and efforts to make the shopping experience more inviting by investing heavily on remodeling and de-cluttering their stores.

For decades, Sears was king of the American shopping landscape. Sears, Roebuck and Co.'s iconic catalog featured items from bicycles to sewing machines to houses, and could generate excitement throughout a household when it arrived.

The company began opening retail locations in 1925 and expanded swiftly in suburban malls from the 1950s to 1970s. But the onset of discounters like Walmart created challenges for Sears that have only grown.

Sears faced even more competition from online sellers and appliance retailers like Lowe's and Home Depot. Its stores became an albatross.

Store shelves have been left bare as many vendors have demanded more stringent payment terms, says Mark Cohen, a professor of retailing at Columbia University and a former Sears executive.

Meanwhile, Sears workers are nervous about what kind of severance they'll receive if their store closes.John Germann, 46, works full-time and makes $14 per hour as the lead worker unloading merchandise from trucks at the Chicago Ridge, Illinois store, which has been drastically reducing its staff since he started nine years ago.

Germann now has only 11 people on his team, compared with about 30 a few years ago.

"We're doing the job of two to three people. It's not safe," he said.

"We're lifting treadmills and refrigerators."Real estate experts believe that Sears' move to further shutter stores as part of its restructuring would be a mixed blessing for landlords. For the healthy malls, landlords would welcome a Sears departure, allowing them to cut up the space and fill it with several smaller successful stores that combined would bring in higher revenue.

But for the struggling malls, Cohen says it will be a "death knell" since it will be harder for them to bring in new tenants. Many of these malls already have had difficulty filling in the void from J.C. Penney and Macy's closures.

Saunders of GlobalData Retail spared no criticism of Sears in his analyst note, listing failing after failing of the company.

"The problem in Sears case is that it is a poor retailer," he wrote.

"Put bluntly, it has failed on every facet of retailing from assortment to service to merchandise to basic shop keeping standards. Under benign conditions, this would be problematic enough but in today's hyper-competitive retail environment it is a recipe for failure on a grand scale."