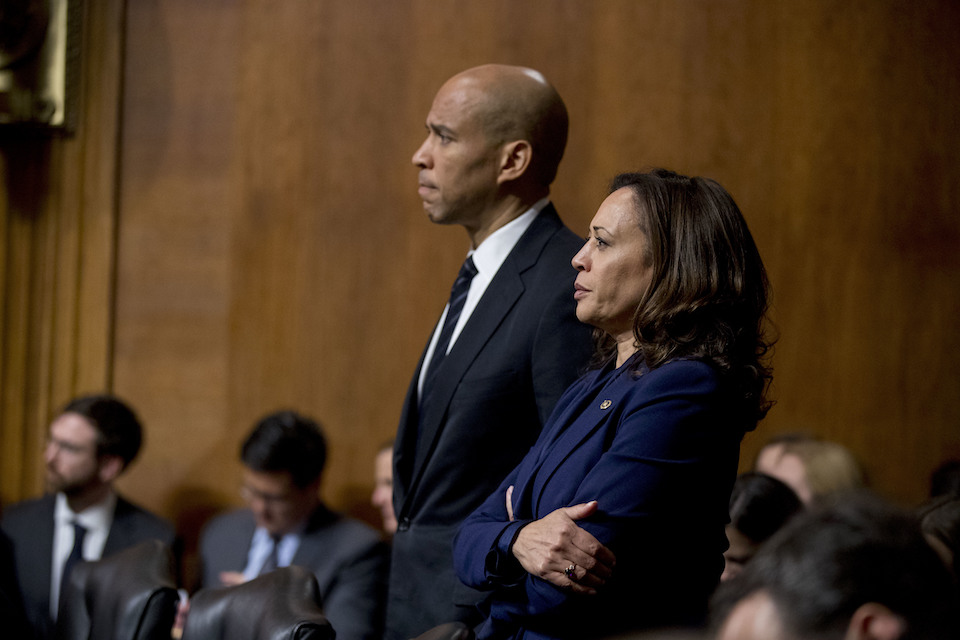 Kavanaugh's nomination had appeared back on track earlier Friday when he cleared a key hurdle at the Senate Judiciary Committee.

But that advance came with an asterisk. Flake indicated he would take the next steps — leading to full Senate approval — only after the further background probe, and there were suggestions that other moderate Republicans might join his revolt.

The abrupt developments gave senators, the White House and millions of Americans following the drama at home hardly a chance to catch their breath after Thursday's emotional Senate hearing featuring Kavanaugh angrily defending himself and accuser Christine Blasey Ford determinedly insisting he assaulted her when they were teens.

Emotions were still running high Friday, and protesters confronted senators in the halls.

"The country is being ripped apart here," said Flake. 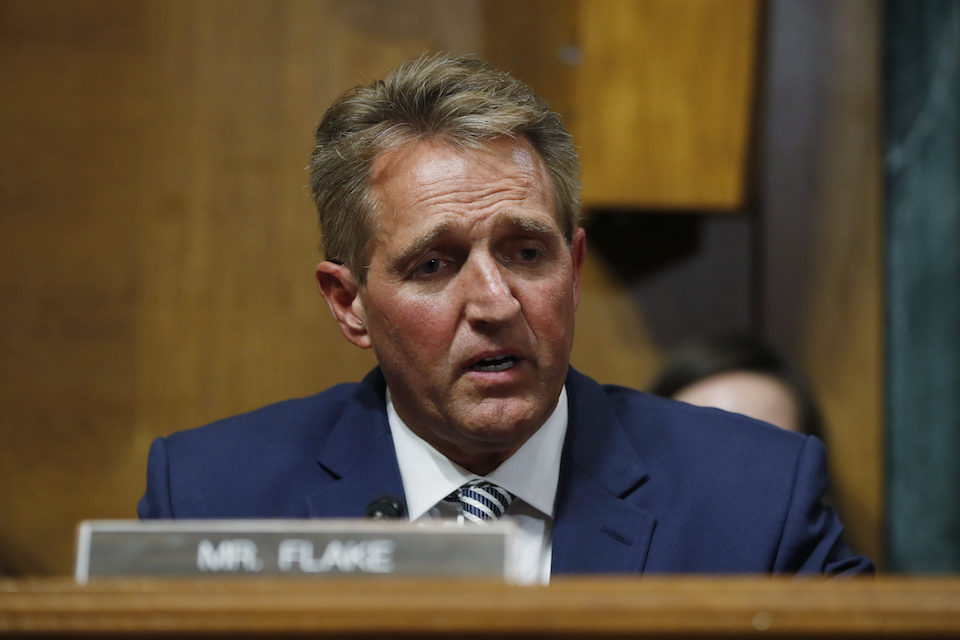 After he took his stance, Republican leaders had little choice but to slow their rush to confirm Kavanaugh, whom they had hoped to have in place shortly after the new court term begins on Monday.

Trump quietly followed suit, though he had vigorously resisted asking the FBI to probe the allegations of sexual misconduct by Kavanaugh, now being raised by three women.

One day earlier, he had blistered the Senate process as "a total sham," accused Democrats of a conspiracy of obstruction and declared on Twitter,

"The Senate must vote!

"The new timeline puts Trump's nominee in further peril and pushes the politically risky vote for senators closer to the November congressional elections.

It also means that any cases the Supreme Court hears before a ninth justice is in place will be decided by just eight, raising the possibility of tie votes.

It was clear Republicans were still short of votes for final Senate approval after Thursday's hearing.

They convened late into the evening in a room in the Capitol with various senators, including Collins and Murkowski, raising pointed questions, according to those familiar with the private meeting but granted anonymity to discuss it.Republican leaders said — and Trump ordered — that the new probe be "limited in scope."

But there was no specific direction as to what that might include.

Two other women besides Ford have also lodged public sexual misconduct allegations against Kavanaugh.Democrats have been particularly focused on getting more information from Mark Judge, a high school friend of Kavanaugh who Ford said was also in the room during her alleged assault.

Judge has said he does not recall any such incident.

In a new letter to the Senate panel, he said he would cooperate with any law enforcement agency assigned to investigate "confidentially."

Kavanaugh issued his own statement through the White House saying he's been interviewed by the FBI before, done "background" calls with the Senate and answered questions under oath "about every topic" senators have asked.

"I've done everything they have requested and will continue to cooperate," said the 53-year-old judge.Flake, a key moderate Republican, was at the center of Friday's uncertainty.

In the morning, he announced he would support Kavanaugh's nomination.

Shortly after, he was confronted in an elevator by two women who, through tears, said they were sexual assault victims and implored him to change his mind.

"Look at me and tell me that it doesn't matter what happened to me," said 23-year-old Maria Gallagher, a volunteer with a liberal advocacy group.

The confrontation was captured by television cameras.

Soon he was working on a new deal with his Republican colleagues and Democrats in a Judiciary Committee anteroom.

Flake announced he would vote to advance Kavanaugh's nomination to the full Senate only if the FBI were to investigate.

Democrats have been calling for such a probe, though Republicans and the White House have insisted it was unnecessary.

The committee vote was 11-10 along party lines.Attention quickly turned to a handful of undeclared senators.

Two other key Republicans, Susan Collins of Maine and Lisa Murkowski of Alaska, said they backed the plan after they and other GOP senators met for an hour in Senate Majority Leader Mitch McConnell's office in the Capitol.

West Virginia Democrat Joe Manchin said he supported Flake's call for a further probe "so that our country can have confidence in the outcome of this vote.

"With a 51-49 majority, Senate Republicans have little margin for error on a final vote, especially given the fact that several Democrats facing tough re-election prospects this fall announced their opposition to Kavanaugh on Friday. Bill Nelson of Florida, Joe Donnelly of Indiana and Jon Tester of Montana all said they would vote no.Flake's vote on final approval is not assured either.

Some Republicans still resisted the delay but went along with the plan that may be the only way salvage Kavanaugh's confirmation.

"But they have a right to request it.

"The FBI conducts background checks for federal nominees, but the agency does not make judgments on the credibility or significance of allegations.

It compiles information about the nominee's past and provides its findings to the White House, which passes them along to the committee.

Republicans say reopening the FBI investigation is unnecessary because committee members have had the opportunity to question both Kavanaugh and Ford and other potential witnesses have submitted sworn statements.

Agents could interview accusers and witnesses and gather additional evidence or details that could help corroborate or disprove the allegations.