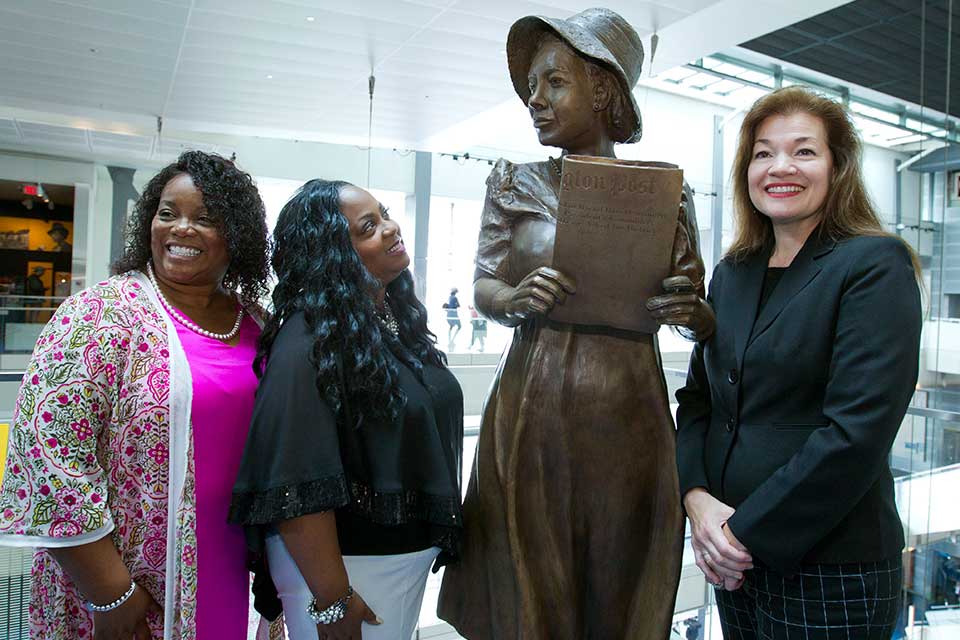 In recognition of her achievements, the Newseum unveiled a statue in her honor on Friday.

The bronze life-size statue will remain in the Newseum, just steps away from the National Mall and the White House, until December. The statue, based on a photo of Dunnigan standing on the steps of the U.S. Capitol, depicts her in hat and pearls, a folded newspaper in her hands.

Members of Dunnigan's family, friends, colleagues and admirers gasped with joy as the statue was revealed, with some crying. The statue by Amanda Matthews will be moved to the West Kentucky African American Heritage Center in Dunnigan's hometown of Russellville, Kentucky, in December.

"Monuments inform us of our past, but they also lead us toward our future," Matthews said just before the statue was unveiled. "Alice Dunnigan envisioned a future of equality and she dedicated her life to that vision as a teacher, a journalist, an editor and a champion for civil rights and women. She is why we're all here today, to continue to support that vision." 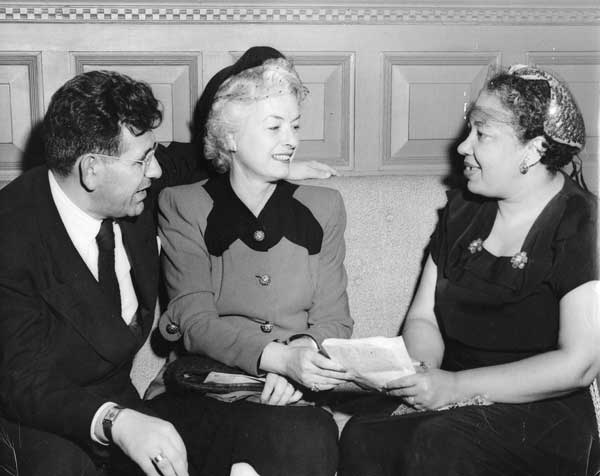 In this image provided by Emory University, Alice Allison Dunnigan, right, interviews screenwriters Arthur Arthur, left, and Virginia Kellogg. Dunnigan triumphed over sexism and racism to become the first black woman accredited to cover the White House and in recognition of her achievements, the Newseum unveiled a statue in her honor on Friday, Sept. 21, 2018. (Emory University Rare Book Library via AP)Dunnigan was trained as a teacher but wanted to be a journalist. After working at The Chicago Defender, she became the Washington bureau chief for the Associated Negro Press, where she wrote about government and politics for 112 African-American newspapers. She then made history when she received White House press credentials in 1947 and became part of the White House traveling press corps covering President Harry Truman's re-election campaign in 1948.

Dunnigan would go on to cover Presidents Dwight D. Eisenhower and John F. Kennedy before taking a job in the Kennedy and then the Johnson administration. She died in 1983 in Washington, D.C., at age 77.

Dunnigan faced both racism and sexism during her career in Washington.

For example, she was kept from covering an Eisenhower speech in 1953 because it was in a Whites-only theater. Later, Dunnigan was made to sit with servants to cover the funeral of Ohio Sen. Robert Taft.

In addition to the indignity of racism, Dunnigan was often paid less than her male colleagues in the Black press and forced to justify herself in situations where male reporters were welcomed.

"Race and sex were twin strikes against me. I'm not sure which was the hardest to break down," Dunnigan has been quoted as saying.

But she didn't let any of that stop her, friends and relatives did. She was the first Black member of the Women's National Press Club, and the first Black woman to belong to the House of Representatives and Senate press galleries and the State Department press corps.

"If she was here, she would say we've made great inroads in the '40s and then came the '60s and we're now where we are," said her granddaughter Soraya Dunnigan Brandon, 58, of Durham, North Carolina. "But the same issues are still there, so I think she would say that we have to keep working."