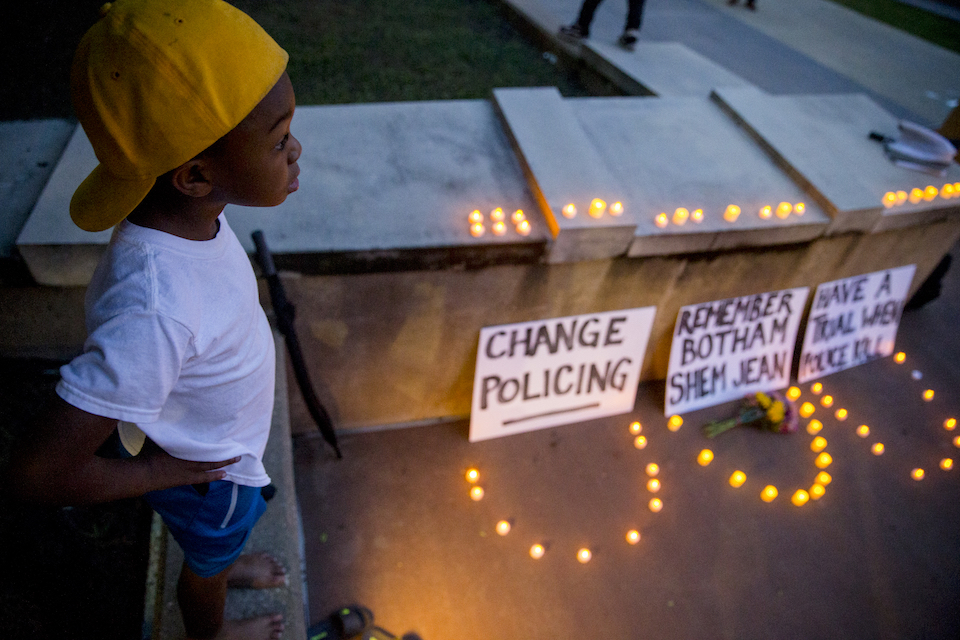 DALLAS (AP) — The Dallas police officer who says she mistakenly went to the wrong apartment after work earlier this week and fatally shot a black man also fired her weapon and wounded a man during an on-duty confrontation in 2017, according to court documents.

According to police, Guyger said she returned home in uniform after her shift and entered the wrong apartment, believing it was her own. She called dispatch to report she had shot a man. Jean died later at a hospital. 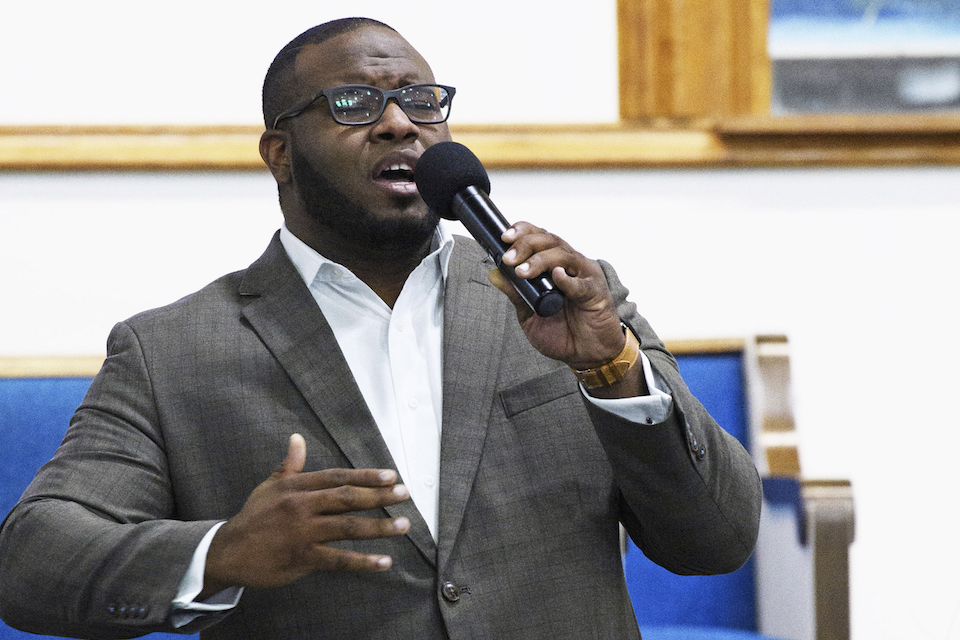 Botham Jean leading worship at a university presidential reception in Dallas, Sept. 21, 2017. Authorities said Friday, Sept. 7, 2018, that a Dallas police officer returning home from work shot and killed Jean, a neighbor, after she said she mistook his apartment for her own. The officer called dispatch to report that she had shot the man Thursday night, police said. (Jeff Montgomery/Harding University via AP)

Few other details have been released, although police said they took a blood sample from her for testing.

Jean's mother wondered whether race was a factor in the shooting.

"If it was a white man would it have been different? Would she have reacted differently?" Allison Jean told Dallas' NBC affiliate, KXAS, on Friday.

An attorney for Jean's family, Lee Merritt, said Saturday that an arrest warrant should be issued for Guyger.

Dallas police initially said they would seek her arrest but then handed the case over to the Texas Rangers, who asked for more time to investigate.

An affidavit from a case a year ago shows that Guyger shot another man while on-duty in Dallas.

On May 12, 2017, police were looking for a suspect when Guyger was one of two officers called to assist another officer.

Suspect Uvaldo Perez got out of a car and became combative with Guyger and another officer, according to an affidavit filed in the case against Perez.

A struggle began and Guyger fired her Taser at Perez, who then wrested away her Taser.

Guyger pulled out her gun and fired, wounding Perez in the abdomen. Guyger was not charged in the 2017 shooting.

On Saturday, two days after Guyger killed Jean, friends and family gathered at the Dallas West Church of Christ to remember him.

"Botham did everything with passion," Allison Jean told the prayer service. "God gave me an angel."

Botham Jean grew up in St. Lucia, a Caribbean island country. He attended Harding University in Arkansas and, after graduating in 2016, lived and worked in Dallas at accounting and consulting firm PwC.

The Arkansas private school said Friday that he often led campus religious services while he was a student.

Family and friends described Jean as a devout Christian and a talented singer. His uncle Ignatius Jean said the slaying left relatives devastated and looking for answers.

"You want to think it's fiction ... and you have to grapple with the reality," he said.