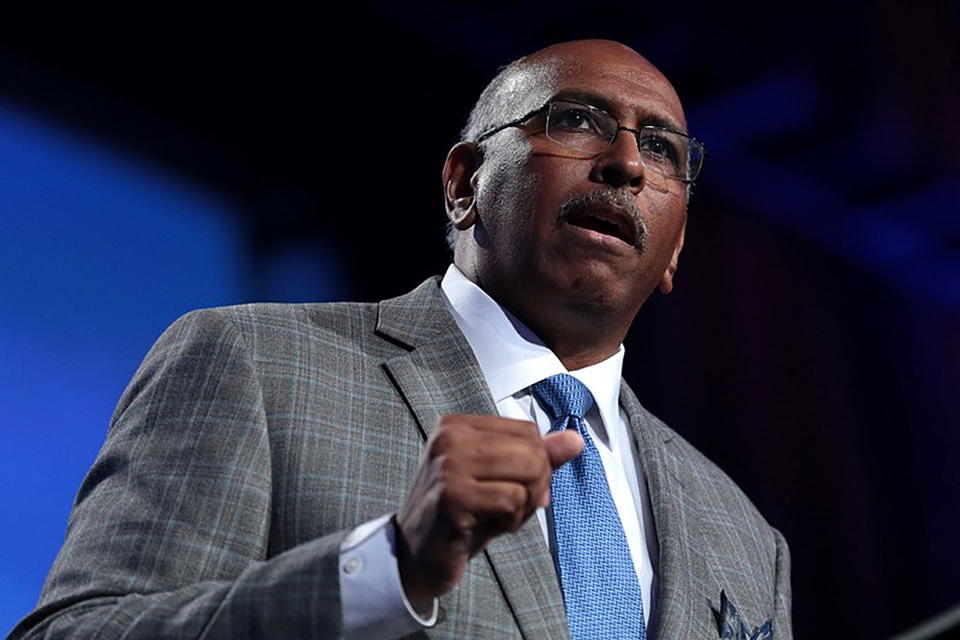 In an NNPA Newswire exclusive, Former Republican Party National Chairman Michael Steele said the damning New York Times op-ed by a senior Trump administration official was likely written by a team of the president’s trusted hierarchy and it’s a clear signal that America is now witnessing a White House in utter chaos.

Steele, who served as party chair from 2009 to 2011, said Trump has devastated the party and has led Republicans to the brink of a midterm that could see a blue wave from sea to shining sea.

“I think the midterms are going to be a correction election. Voters will correct what they see in government not being about the people’s business or government that’s more caught up in Donald Trump,” Steele said.

“The voters may take the House from the Republicans in order to wake them up,” he said.

On Friday, Trump said he wants Attorney General Jeff Sessions to investigate and uncover the identity of the senior administration official who penned the anonymous op-ed in The New York Times this week.

“Yeah, I would say Jeff should be investigating who the author of this piece was because I really believe it’s national security,” Trump told reporters Friday aboard Air Force One.

Trump has called the author “gutless” and a “coward” and the White House reportedly has a list of 12 people whom they believe could be the author of the piece which claimed there’s a “resistance” within the administration.

Steele said he believes he knows the identity of the author – or, rather he said, authors.

“In many senses, it’s a cry for help, an acknowledgment within Trump’s White House that, as the saying goes, ‘Houston, we have a problem,’” Steele said.

However, unlike so many others who believe it’s the work of one senior official, Steele said he thinks more than one staffer is behind the damning article.

“It’s my take that this isn’t the hand of or the handprint of one individual,” he said. “I’ve read that and I can hear a lot of different voices that I know personally.”

He compared the matter to a group of employees all of whom are upset with the boss.

“No individual will want to go to the boss or go public, so they sit there talking and they write a letter together and give it to one person to take it – in this case to the press,” Steele said.

“That letter reflects the views and concerns of many individuals inside the White House.”

As to why he wouldn’t reveal the identities, Steele likened it to journalists who maintain anonymous sources. “You have contacts and I have contacts,” Steele said.

“My contacts tell me a lot of things that was inspired in the books by Michael Wolf, Omarosa Manigult Newman and Bob Woodward,” he said of the authors of recent books that paint the president as unhinged and out of control.

Steele said he couldn’t relate to those like Sen. Ted Cruz supporting Trump because of the nasty attacks the president made against Cruz and his family during the 2016 campaign.

“I’m sorry, no election is worth my dignity,” he said. “When I wake up in the morning and look in the mirror for a shave, I want to like the guy that’s looking back at me from the mirror. Ted Cruz is in a battle for his political life when he really should be walking away with this election.”

Steele said he believes the Republican Party has lost its soul.

He said it was once the party that supported and advocated for Civil Rights and Voting Rights, but now the GOP has become infamous for demeaning and racist statements like referring to certain places as “shithole” countries.

“When you give [credence] to the idea that people from this culture are thieves, murderers and racist and come from shithole countries, I don’t know how you come to them and say we want your vote,” Steele said.

Finally, he said the upcoming midterms will represent a challenge for Republicans because Trump has had two years in office and voters are now more likely to seek the anti-Trump.

“Before they had Trump against Hillary, someone they didn’t like,” Steele said.

“Now, it’s Trump by himself and instead of comparing Trump to Hillary, they are comparing candidates running for office against Donald Trump.”