Democrats Seek to Keep Focus on Corruption, Not Impeachment 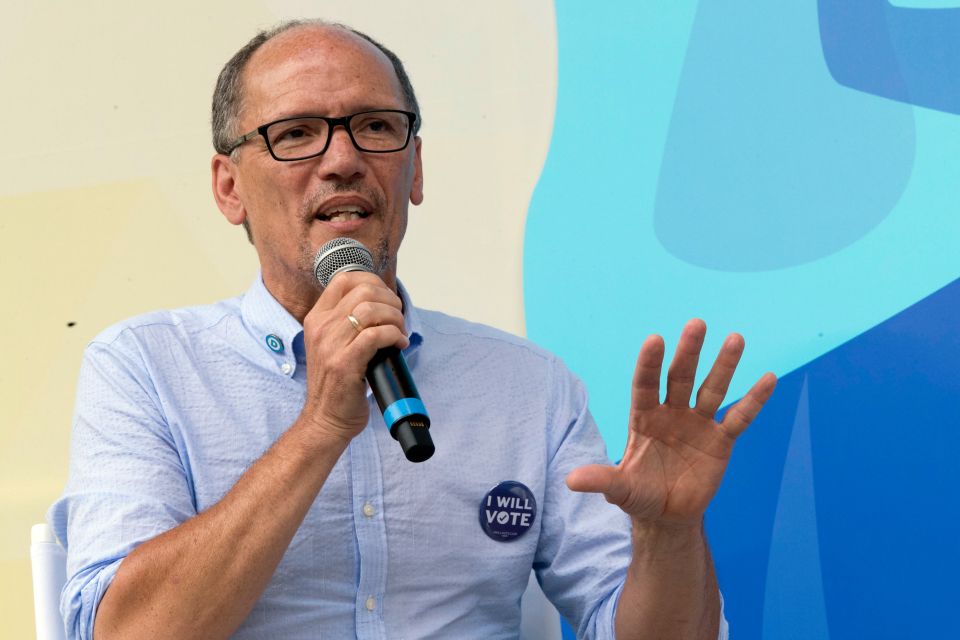 A day after separate legal hammers dropped nearly simultaneously on two former members of President Donald Trump's inner circle, Democrats in Washington and across the country faced a delicate balance as they sought to take political advantage of his growing troubles without alienating moderates and independents turned off by talk of impeachment.

Instead of calling for Trump's removal, corruption is the new buzzword in Democratic circles. They're not just pointing to former Trump campaign chairman Paul Manafort's conviction on tax evasion and other charges and longtime fixer Michael Cohen's plea deal implicating the president in an illegal campaign finance scheme. They've also got the indictment Tuesday of a second Republican member of Congress.

As the party faithful gathered in Chicago on Wednesday for the Democratic National Committee's summer meeting, Chairman Tom Perez ticked off the growing list of legal troubles for Trump and other Republicans. An "out-of-control" situation, he said, demands that voters "put up guardrails" by returning Democrats to power.

With less than three months before the midterms, that could be a potent political argument. House Minority Leader Nancy Pelosi, who could return to the speaker's chair if Democrats pick up at least 23 new seats in November, was in her home state of California, where she recalled that Democrats won the House in 2006 by hammering Republican corruption in the wake of the Jack Abramoff lobbying scandal.

"This time, the culture of corruption, cronyism and incompetence is so pervasive that it's in the White House."

Afterward, she said Democrats "can't be political" in talking about impeachment. Separately, she sent her House colleagues a letter encouraging them to keep emphasizing economic issues, even as she pledged to "hold the president and his administration accountable" by insisting that Congress "seek the truth."

Democratic Sen. Elizabeth Warren of Massachusetts sought her own nuanced position. The potential 2020 presidential candidate, who built her brand as an economic populist, unveiled sweeping anti-corruption proposals hours before the legal developments were announced Tuesday. As they consumed the news cycle Wednesday, she released years of her own personal tax returns — something Trump has refused to do.

The varied approaches reflect Democrats' political and electoral conundrum. Opposition to Trump has flourished across the political left, already giving Democrats key electoral victories since his inauguration. The party is competing on multiple fronts: gaining control of the House, at least maintaining a closely divided Senate and making inroads in governorships and state legislatures. All of those goals could be elusive without at least some support from independents and moderate Republicans, especially those who live in suburban areas and who dislike Trump but aren't eager to watch Congress go through the divisive and messy process of impeachment.

"We win on bread-and-butter issues. That's what people will vote on," said Minnesota Democratic Chairman Ken Martin, who counts four competitive House races in his state. Martin noted Hillary Clinton's decision in 2016 to focus most of her paid advertising on Trump's negatives. "We see how that worked out?" he said.

In Ohio, a presidential battleground that Trump won by nearly 10 percentage points, state Democratic Chairman David Pepper argued Democrats have momentum by running on local issues, even if they can be traced back to Washington.

"Good candidates don't get sucked into the daily vortex of Washington," Pepper said. "We've spent months telling Ohio voters that these Republicans have voted to take away their health care, protections for pre-existing conditions and now they want to take away Medicaid expansion. ... Why deviate from that to talk about something no one in Ohio controls?"

Of course, in some elections, localizing the argument could mean embracing a discussion about Trump and corruption.

"I've got a governor who's joined at the hip with Donald Trump, so hell yeah, I want us talking about it," said South Carolina Democratic Party Chairman Trav Robertson. He was referring to Henry McMaster, who endorsed Trump in the GOP presidential primary and then accepted the president's help in a tough gubernatorial runoff this year.

Zac Petkanas, a Democratic operative and frequent Trump critic on cable television, offered another reason for Democrats to be cautious: Voters aren't ready for impeachment.

"Voters are tuning in for the big things" in the investigation, he said. "And there will be more of those. ... Democrats should advocate protecting the investigation and finding the truth. But you can't be seen as prejudging."

It's worth noting that, for now, progressive activists aren't necessarily looking to punish Democrats who don't push impeachment. Emily Phelps, a spokeswoman for Indivisible, noted that the grassroots group first endorsed the notion of impeachment proceedings when Trump fired James Comey as FBI director. But "our ultimate goal is not just to take down Trump," she said, "but to take down the forces that allowed him to rise. (And) to be successful, we have to win elections and derail Trump's agenda in Congress to diminish his power."