Americans in Mixed-status Families Cope with Toll of Deportation 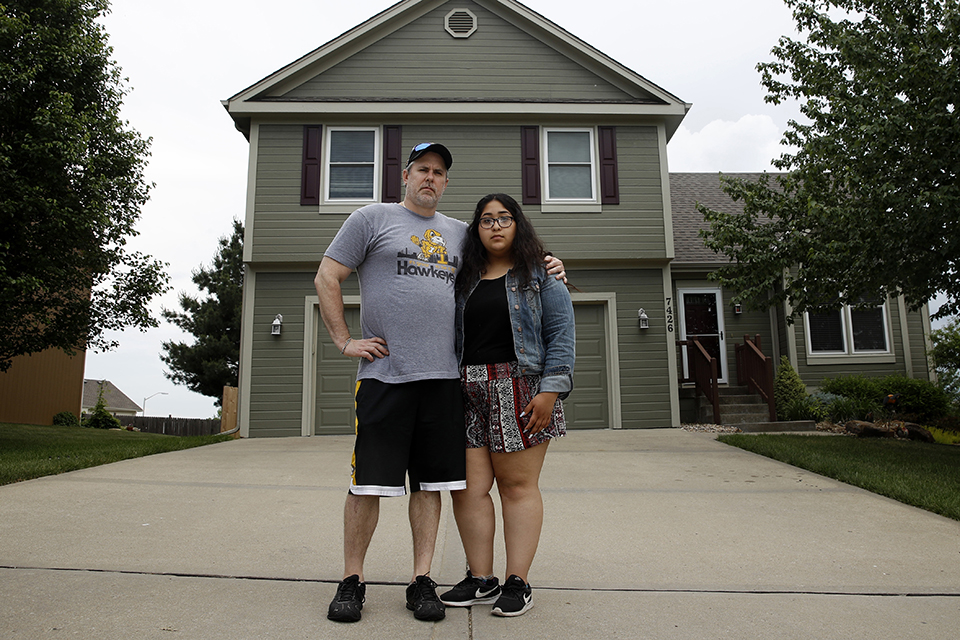 BOCA DEL RÍO, Mexico (AP) — It's almost as if Letty Stegall is back home in the United States, beside her daughter to wake her for school, fussing over the list when her husband goes shopping, beaming when she sees what her family has managed to cook for dinner.

But Stegall's face only appears on a screen, her words over the phone and in a barrage of texts. Lives once lived together are split by 1,600 miles. A woman who married an American and gave birth to an American and who came to think of herself as American, too, is now deported to her native Mexico.

As the United States takes a harder line on immigration, thousands who called the country home are being forced to go. Often, they leave behind spouses and children with American citizenship and must figure out how to go on with families fractured apart.

Studies have found an estimated 8 million to 9 million Americans — the majority of them children — live with at least one relative who is in the country illegally, and so each action to deport an immigrant is just as likely to entangle a citizen or legal U.S. resident.

Stegall was 21 when she paid a smuggler to take her across the Rio Grande in 1999. She settled around Kansas City, Missouri, and over time, her fear of being caught receded. Then six years ago, police pulled her over and charged her with misdemeanor drunken driving. The arrest made authorities aware she was in the U.S. illegally and plunged her case into the immigration system.

By then, Stegall was divorced from her first husband, with whom she had a daughter, and was dating Steve Stegall, a native of Kansas City whom she married later that same year. She never applied for a green card because her former attorney told her she had little to worry about with a citizen husband and child and because, under U.S. law, she likely would have had to return to Mexico and wait out the process there.

Barack Obama was still president when Stegall received a deportation order, and like many at that time, she was allowed to stay in the U.S. while she made regular check-ins with Immigration and Customs Enforcement. An executive order issued by President Donald Trump changed ICE's direction, effectively declaring any immigrant without legal status subject to arrest. Even the path once seen as simplest to legal status — marriage to a citizen — no longer is always enough to stave off deportation.

On Feb. 26, as Stegall backed out of her driveway to head to the gym, three cars careened in and agents arrested her. Four days later, she was shackled aboard a plane and headed back to Mexico.

Stegall's deportation means she could be banned from the U.S. for a decade. She prays paperwork seeking to validate her return through her marriage could wind through the system within two years.

Back in Kansas City, her husband, Steve, and 17-year-old daughter, Jennifer Tadeo-Uscanga, are lumbering along without her. Dinners, once an ever-changing parade of feasts that charmed the palates of Steve and Jennifer, have become spartan affairs. Plants wilted and died, and clothes came out of the wash tinged in blue. Celebrations now typically include tears.

"She's not dead," says Jennifer, who was born in the Kansas City area. "But she's not here."

Stegall's in-laws have put off retiring because they're needed at the family bar she helped run. Steve is depressed and hustling to keep up with his wife's absence at the business. Most of all, though, a teen has been left broken by her mother's departure.

Jennifer went to prom with no one to help her primp, blew out her birthday candles without the woman she calls her best friend, and heads toward senior year, graduation and college with her excitement dulled because her closest confidante won't be there to see any of it.

"My God," Jennifer wrote to the immigration judge handling her mother's case, "my own country has been the one that has caused me pain."

For her part, Stegall is now a stranger in a vaguely familiar land.

Her phone and computer remain her link to the life that was once hers. When Jennifer gets home from school, Stegall is there on FaceTime to greet her. She watches streaming feeds from 16 cameras at the family bar she manages remotely. She presses her lips to her screen to give Steve a goodnight kiss.

The long-distance connections get her through the day, but she sees them all as a cheap substitute for what she had as she endures a long wait for a resolution.