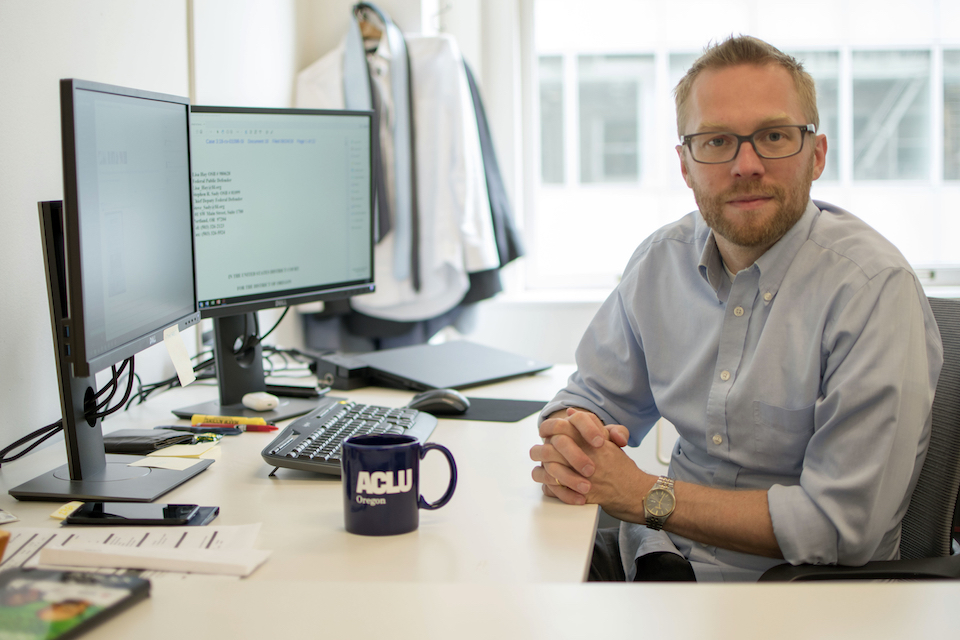 Federal public defenders say 120 asylum seekers are enduring those conditions at a federal prison in Oregon where some have considered suicide and at least one has attempted it.

"We are dying day by day inside here," one detainee said, William Teesdale, chief investigator for the federal public defender's office in Oregon, wrote in a filing in federal court in Portland.

The immigrant was unwilling to be identified in the filing due to fear of persecution or retaliation, Teesdale said in the documents.

Most of the asylum seekers held at the prison in rural Sheridan say they faced risks in their home countries, including India, Nepal, Guatemala, Mexico and China.

Instead of being welcomed to the U.S., they ran into the "zero-tolerance" policy of the Trump administration that calls for the detention of people who try to enter the country illegally.

"Here we have come to save our lives but I think we will die here in jail," one detainee said, according to Teesdale's affidavit.

He said they are triple-bunked and confined for long hours in cells with open toilets. They must eat in the cells and have no indoor or outdoor recreational opportunities.

They are strip-searched in front of other detainees, and Hindus were given beef and pork to eat, even though it's against their religion, and tried to survive on just the vegetables accompanying the meals, Teesdale said.

The agency has no comment on the conditions in Sheridan due to pending litigation, Cutrell said.

Leland Baxter-Neal, an attorney with the American Civil Liberties Union of Oregon, called the conditions inhumane and unconstitutional.

The Trump administration's decision to put the immigrants in the prison, where they mixed for three weeks with the general prison population, has caused "chaos, confusion and massive human suffering," he said.

Federal Public Defender Lisa Hay said in a letter to Warden Josaias Salazar and Acting ICE Field Office Director Elizabeth Godfrey that her office learned of an apparent suicide attempt by a detainee.

"Both those who witnessed the incident and those who heard of it have expressed great distress," Hay said.

Petitions were filed Wednesday by Hay's office seeking court hearings for five detainees, whose names were redacted because of their security concerns.

"I have to cry in my pillow," an immigrant identified as ICE detainee No. 1 said in his habeas corpus brief.

"I have suicidal thoughts but then I remember my family. My family is all that keeps me going."

The public affairs office of the Federal Bureau of Prisons did not immediately respond to a request for comment.

A statement filed in court shows the prison had to scramble to take in the immigrants, who were sent there because other holding facilities used by ICE were overloaded.

The prison received only one day of notice — on May 30 — that about 130 detainees would be arriving, Amberly Newman, an adviser to the prison warden, said in a declaration in federal court.

She said they had to be mixed with the general prison population for the first three weeks before they could be separated into different units.

One of the detainees described guards making him and his two cellmates strip to their underwear.

"In the night, it gets so cold in the cell and when l was in boxers and T-shirt, I was terribly cold," he said, according to his habeas corpus filing.

Victoria Bejarano Muirhead of Innovation Law Lab said her Portland-based group has engaged over 80 volunteers to provide legal services to the detainees.

Those seeking asylum must show authorities they have credible fear in their homelands.

Twenty of those immigrants at the prison have provided statements that lead to hearings before a judge, Muirhead said in a conference call with journalists.

Hay wrote on July 9 to Salazar and Godfrey that some conditions have improved, "but continue to fall below the minimum standards set by our government for immigration detention and, in my view, violate the Constitution by imposing punitive detention on civil detainees."