Curious Path of Siberian Gun Lover Accused of Spying on US 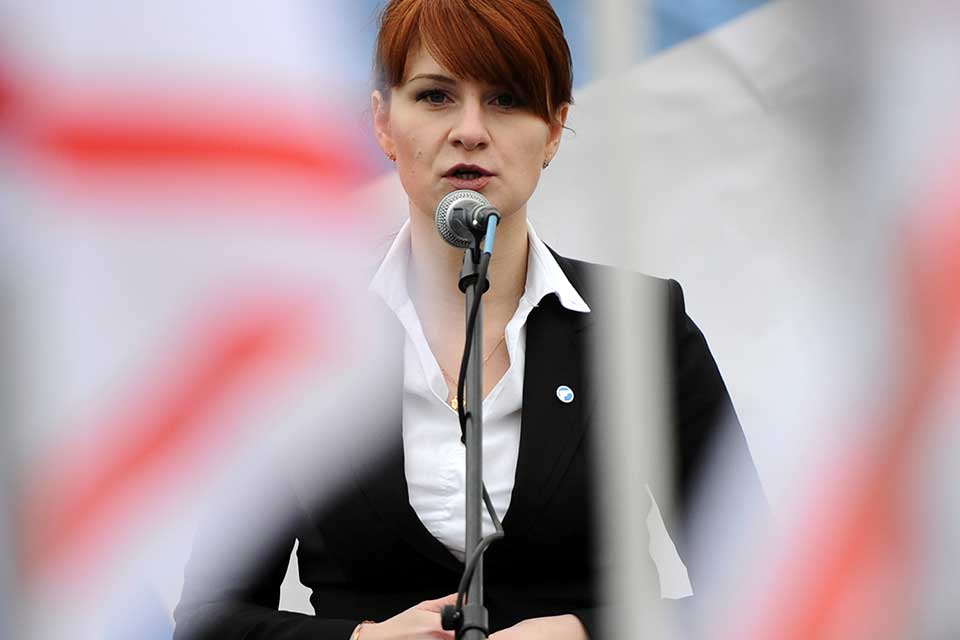 MOSCOW (AP) — By her early 20s, Maria Butina appeared to have a budding political career and a mini furniture empire in her remote Siberian hometown.

Then she abandoned both to pursue her passion for gun rights — and, prosecutors say, to spy on the United States.

Butina, 29, faces a hearing Wednesday in Washington on accusations she worked as a foreign agent, representing a new generation of Russian operatives seeking a long-term U.S. foothold. Her lawyer says she did nothing wrong.

"It's psychosis. A witch hunt," her father, Valery Butin, was quoted as saying Wednesday by the Altapress website in her hometown of Barnaul.

U.S. prosecutors suggest Butina used her gun-lobbying efforts to infiltrate the NRA and the Republican Party, both during the 2016 presidential campaign and after Donald Trump's election.

From her provincial beginnings, Butina displayed remarkable ambition, political savvy and an overt love of weapons.

That carried her out of the Siberian steppe to Moscow, where she befriended a well-placed senator, founded a gun-rights group , and posed seductively with guns in an interview with Russia's GQ magazine.

Her ambitions didn't stop at Russia's borders. She traveled to gun shows and right-wing events from the Freedomfest in Las Vegas to a National Rifle Association meeting in Indianapolis, according to her own social media posts. Along the way, she met the governor of Wisconsin, and gave speeches at a high school and university in South Dakota.

U.S. federal prosecutors say she was more than just a curious tourist. Butina is charged with conspiracy to act as an unregistered agent of the Russian government, suspected of gathering intelligence on American officials and political organizations and working to establish back-channel lines of communications for the Kremlin.

Court documents detailed extensive private Twitter conversations and other discussions between Butina and a senior Russian official about her activities in the United States.

The Russian official is believed to be Alexander Torshin , deputy head of the Russian Central Bank and a target of U.S. sanctions since April. He and the Central Bank didn't respond to requests for comment about Butina's arrest.

"We have the impression that FBI, instead of fulfilling its main responsibilities in fighting crime, is fulfilling openly political orders. It's coming from those forces that are continuing to fuel Russo-phobic hysteria" in the United States, said ministry spokeswoman Maria Zakharova.

She said Butina still hasn't been able to meet with consular representatives and questioned the timing of her Sunday arrest, just before Trump met Russian President Vladimir Putin for a summit.

Butina has been on the FBI radar for months, has already testified in a closed session of the Senate Intelligence Committee and had her house searched in April, according to her lawyer.

She posted publicly on social networks about her travels around the U.S. and her dream of loosening gun laws in Russia. In videos online promoting gun causes, she is remarkably assured, both in Russian and in her accented but fast and fluent English.

Back in her hometown of Barnaul, she finished high school with honors and studied at Altai State University and the School of Real Politics. She started a school debate club and worked for a local newspaper, according to local officials.

She then opened a furniture store that she grew into a network, according to Altapress and other local news sites. At the same time, she was elected to the local Public Chamber, an advisory body that acts as a go-between between local officials and the public.

She ran for a spot on the nationwide Public Chamber; she didn't get it but she did make contacts in Moscow and moved to the capital, where she founded gun-rights group Right to Bear Arms.

Her star didn't immediately rise. She wrote in a 2014 blog for independent radio station Ekho Moskvy that she only got a U.S. visa on her third try.

On the blog she posted a photo of the Indianapolis airport, comparing it favorably to Barnaul, and describing doing yoga and jogging along the river.

She bragged of conducting "industrial espionage" into gun lobbying in the U.S. by buying "masses of gifts" at an NRA show.

Among those she met in Moscow was political expert Andrei Kolyadin, who used her as an interpreter when he attended a National Prayer Breakfast in the U.S. and said he spoke with her just before her arrest about the World Cup, held in Russia.

"She is an extremely energetic person with plenty of ideas," he said in an interview with Russia's Interfax news agency. He insisted she wasn't working in intelligence.

He said she had recently been wondering what to do next after graduating from American University in May with a master's degree in international relations. Her lawyer said she finished with a perfect 4.0 grade point average.

The lawyer, Robert Driscoll, called the allegations "overblown" and said prosecutors had criminalized mundane networking opportunities. Driscoll said Butina is not an agent of the Russian Federation, but simply a 29-year-old woman in the U.S. on a student visa.