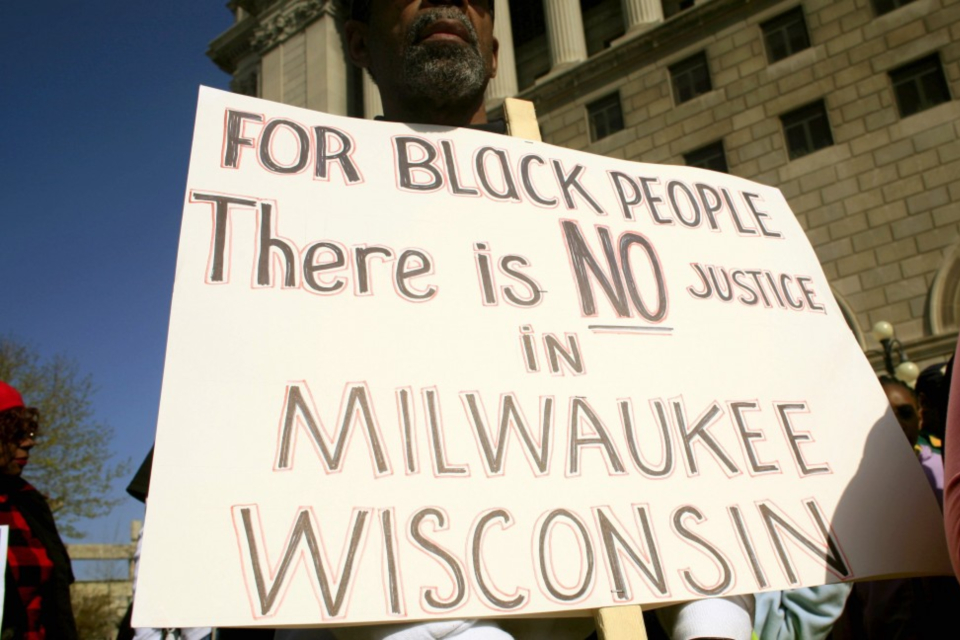 The Common Council of the city of Milwaukee voted to approve a settlement of a federal lawsuit brought against the city by a group of Black and Latinx Milwaukee residents, represented by the American Civil Liberties Union, the ACLU of Wisconsin, and the law firm of Covington & Burling LLP. Collins v. City of Milwaukee challenged the Milwaukee Police Department’s vast and unconstitutional stop-and-frisk program. Over the past decade, stop records have failed to show that officers had reasonable suspicion, as required by the U.S. Constitution, for hundreds of thousands of pedestrian and traffic stops conducted by the Milwaukee Police Department. In addition, those stops targeted Black and Latinx people at much higher rates than they targeted white people, suggesting racial and ethnic profiling citywide.

For the agreement to become final, Milwaukee Mayor Tom Barrett must sign the resolutions the council passed, and then the city attorney must sign the agreement itself. The agreement will then be filed with the court for its approval.  The agreement would require the Milwaukee Police Department and Milwaukee Fire and Police Commission to end unlawful stops and frisks; institute new and enhanced data collection policies, training, supervision, and corrective measures; and foster accountability to the public for implementing law enforcement reforms.

“I was stopped by Milwaukee police and treated like a suspect when I wasn’t doing anything wrong,” said Charles Collins, lead plaintiff in the lawsuit and a resident of Milwaukee for more than 50 years.

“This agreement gives me hope that the police will change the way they treat me and that I will be able to leave my home and be free of suspicion.”

The agreement would require the Milwaukee Police Department and Milwaukee Fire and Police Commission to:

“When police stop people on the basis of race or ethnicity, it doesn’t help solve crime and instead harms the communities the police are sworn to protect. Today’s agreement would guide Milwaukee police away from bias-driven stop and frisk practices that are increasingly discredited nationwide and move the department toward evidence-based policing,” said Nusrat Choudhury, senior staff attorney with the ACLU’s Racial Justice Program. “The Milwaukee Police Department — like every other police force in the country — must protect and serve everyone, regardless of race and ethnicity.”

Traffic and pedestrian stop rates in Milwaukee are more than six times higher for Black people than for white people. This disparity was found after controlling for crime rates and other factors that can influence stop rates. Searches of Black and Latinx drivers are more than 20 percent less likely to lead to the discovery of drugs than searches of white drivers.

“The Milwaukee Police Department’s work must be guided by evidence and the rule of law, not by the color of someone’s skin,” said Karyn Rotker, senior staff attorney with the ACLU of Wisconsin. “Under the agreement, the department would take specific steps to ensure that officers have reasonable suspicion as required by the Fourth Amendment when they conduct stops and frisks. The agreement’s measures would also guard against the unfair treatment of Black and Latinx people prohibited by the Fourteenth Amendment.”

Between 2010 and 2017, the Milwaukee Police Department conducted more than 350,000 pedestrian and traffic stops for which they have no record of reasonable suspicion of criminal activity or a traffic or vehicle equipment violation, as required by the Fourth Amendment.

“In this agreement, the city would agree to rigorous monitoring of officers’ stops and frisks by an independent entity that will publish its findings for the public,” said Chris Ott, executive director of the ACLU of Wisconsin. “That’s crucial for the success of the reforms. Milwaukeeans must have a neutral accounting of the department’s progress. And the department itself needs an accurate picture of what’s working and what isn’t in order to improve.”

Said Shanya Dingle of Covington & Burling, “This agreement would require the city to safeguard the constitutional rights of Black and Latinx people in Milwaukee. It represents a turning point for the Milwaukee Police Department, which will now take meaningful steps to ensure that unlawful stops and frisks become a thing of the past.”

For the agreement and more information about the lawsuit, see ACLU: https://www.aclu.org/cases/collins-et-al-v-city-milwaukee-et-al